British man, 21, dies at Croatian music festival ‘after he took a cocktail of drugs and was found by locals wheezing in bushes’

A British man has died after taking a cocktail of drugs at a popular music festival in Croatia.

The 21-year-old man, who has not been named, died on the second night of the Hideout Festival at Zrce Beach on the island of Pag earlier this month.

The tourist reportedly began to feel unwell while heading back to his rented flat in the town of Novalja on July 2.

He is said to have lost consciousness and fallen into some bushes before being found by passersby who called the emergency services.

A local resident said: ‘They found him in the bushes. He was still breathing, but with difficulty, he was wheezing.

‘It was a terrifying scene. An ambulance came right away, and they did everything they could, but it was too late.’

He was taken to hospital but died shortly after. The man consumed a combination of cocaine, methamphetamine and amphetamine.

It is unclear if an investigation has been launched into the British tourist’s death.

The news comes as thousands of people were evacuated from the same area on the island of Pag after a forest fire. 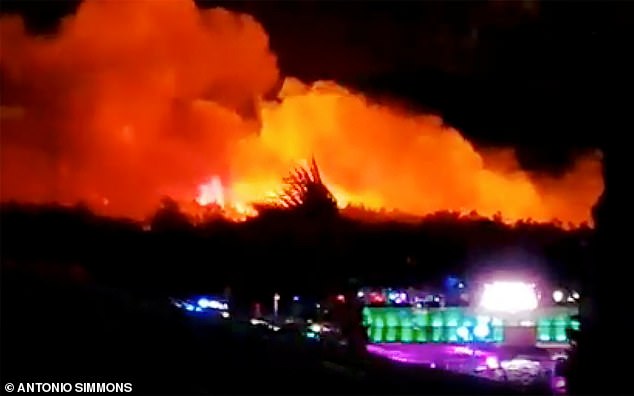 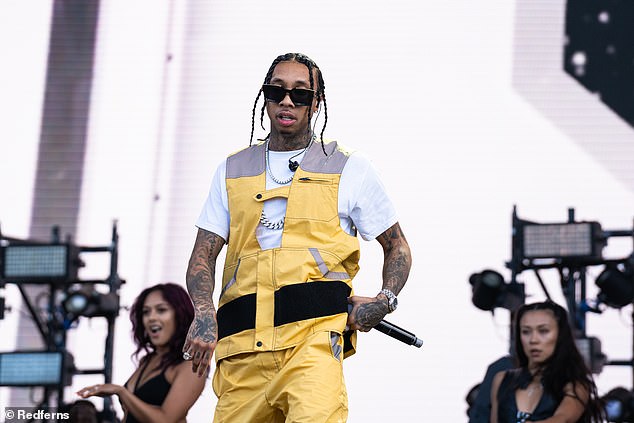 Tyga, pictured at Wireless Festival earlier this month, was among those expected to play the festival but his performance has been cancelled

Rapper Tyga was among those expected to play the festival but his performance has been cancelled.

Officers said no-one has been injured and the fire is under control.

The beach is famous for summer festivals and parties.