British man, 25, who ran off into bushland after hitting his head while camping with friends near the Twelve Apostles is found dead

A body has been found in the search for a British tourist who went missing while camping in Victoria.

Aslan King, 25, was camping with friends at Princetown, near the Twelve Apostles, when he hit his head at about 2am on Saturday.

He ran into the bush and his friends were unable to find him.

Dozens of people were involved in the search for Mr King before a body was found on Tuesday morning in bushland. 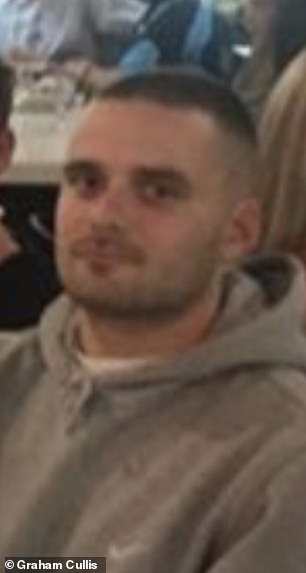 The body of Aslan King, 25, was found on Tuesday after he went missing from a Princetown campsite during the early hours of Saturday morning 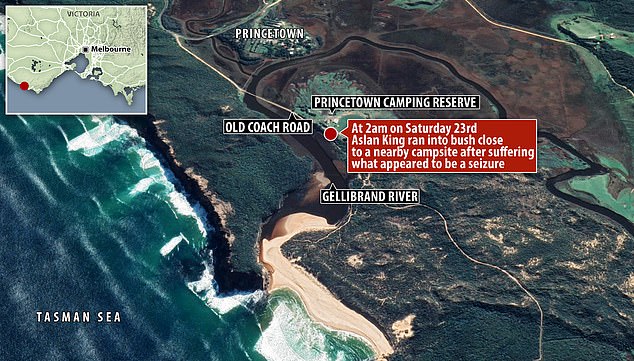 Aslan King, 25, was camping with friends at Princetown, near the Twelve Apostles in Victoria, when he suffered a medical episode about 2am on Saturday

A police statement said: ‘Police have located the body of a man following the search for missing tourist Aslan King in the Princetown area.

‘Officers are yet to formally identify the body; however, it is believed to be Aslan King who was last seen at a camping ground on Old Coach Road about 2am on 23 November.

‘The body was located about 10.15am this morning in a creek just over a kilometre from the camping ground where Aslan was last seen.

‘Investigators will prepare a report for the coroner.

‘Police would like to thank the public and media for their assistance during the search.’ 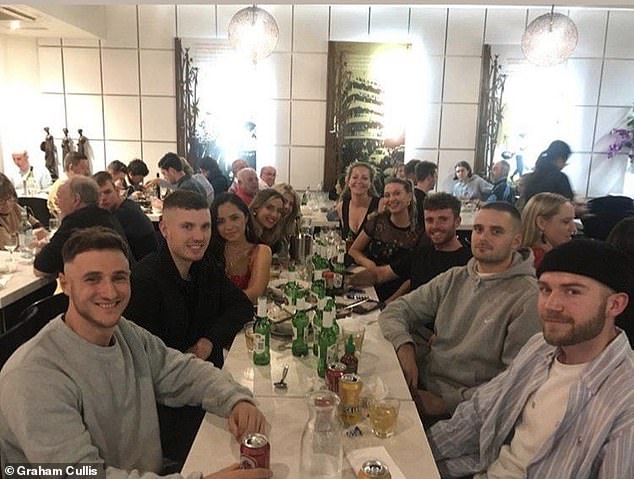 Aslan King (second from right, with his friends), 25, was camping with friends at Princetown, near the Twelve Apostles in Victoria, when he suffered a medical episode about 2am on Saturday

Local police, the air wing and dog squad were involved in the search as well as state emergency volunteers.

Footage on the British national’s Instagram shows him driving along the Great Ocean Rd before reaching the Twelve Apostles on Friday.

He can be heard calling out in excitement as he films the sprawling landscape from the passenger seat.

In a later clip, Mr King points to a Parks Victoria sign which warns of unstable cliffs and snakes.

The young tourist, from Brighton, is believed to have had a seizure, bumped his head and panicked before running into dense bushland in the middle of the night.

Friends told Nine News he had been drinking alcohol when his face suddenly went blank.

He then fell off his chair and attempted to hide beneath it. At first the group thought he was joking but he then fled into the bush.

At the time, Acting Senior Sergeant Travis Barber said the search was ‘slow going’ due to the overgrown terrain.

The area is also home to ‘a lot of tiger snakes’, which are highly venomous and known to be aggressive. 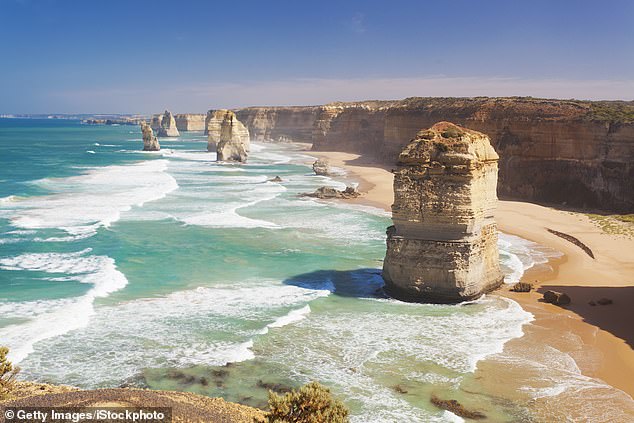 Mr King was camping with friends at 12km east of the popular tourist attraction, the Twelve Apostles