British man gets photobombed by otters while proposing

Made for each OTTER! British man gets photobombed by local wildlife as he tries to propose to his girlfriend – and the romantic image has now gone viral

A British couple enjoying a romantic proposal at a wildlife park in Singapore found themselves interrupted by the local inhabitants.

Jordan Doyle was down on bended knee to girlfriend Mary Lister when a gang of local otters arrived on cue, much to the delight of the couple.

The pair were soon surrounded by the bishan otters, native to Singapore, and a wildlife photographer captured the moment Mary said ‘I do’.

‘Like a Disney movie’: Jordan Doyle gets down on one knee to propose to girlfriend Mary Lister at the Marina Reservoir in Singapore…and the couple soon find themselves surrounded by local bishan otters

The photo has since gone viral on social media, with otter fans everywhere appreciating the moment; one Twitter user branded the snap ‘like a Disney movie’.

Doyle told the BBC that the moment was spontaneous but he knew his wife-to-be loved otters…although he hadn’t planned on the animals being quite so interested in the special moment.

He said: ‘I didn’t plan it and it turned out completely special.’

On Twitter, people swooned over the image, with love and cute animals in one frame too much for many. 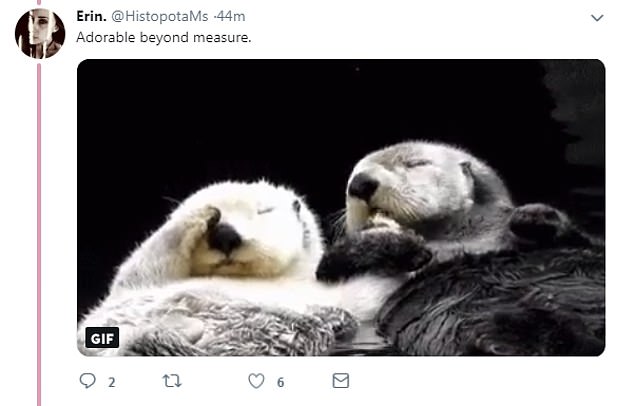 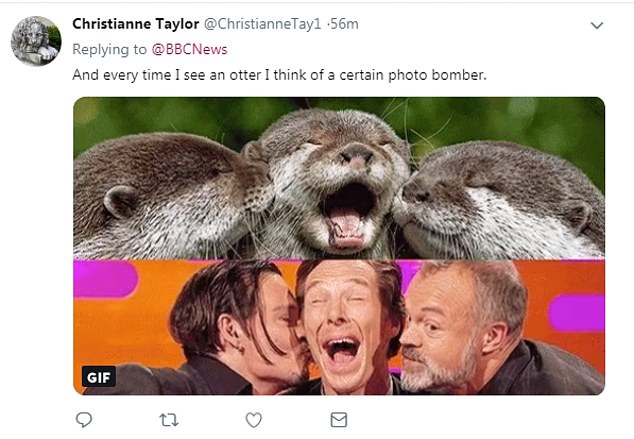 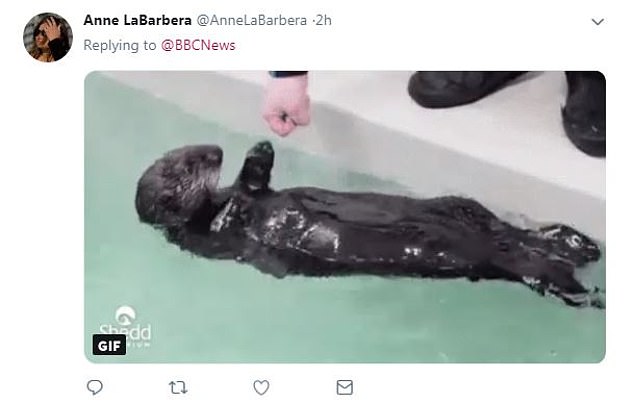 The photograph, which has now gone viral, was taken by wildlife snapper Bernard Seah, who said he wasn’t surprised the otters acted the way they did.

He explained: ‘The curious nature of otters will make them want to check out ‘new additions’ to their surroundings.

‘So if you were sitting in the middle of their route, they might run by, sniff your shoe and proceed on.’

On Twitter, the otter puns and memes came thick and fast.

@VAKnightStick quipped: ‘They can’t say they didn’t have witnesses.’

@AllyK4 threw in: ‘They are clearly made for each otter.’

@Scuba_Cusano wrote: ‘If she says no, she otter her mind.’

Seah said that the otters don’t usually get too close to their human counterparts but will happily live side-by-side with them.