British model robbed of £80,000 by a machete-wielding gang

Six Britons, including two models, were robbed of their jewellery and valuables by a masked machete-wielding gang who forced their way into a luxury villa in South Africa.

Model Sarah MacDonnell, who was in Cape Town for a yoga wear shoot, told The Mail on Sunday that she did not expect to survive the ordeal, in which the robbers escaped with £80,000 of valuables.

The 39-year-old revealed how the group’s nightmare began after her boyfriend, a fellow model identified only as David, stepped outside their room for a cigarette at the £870-a-night Maison Noir in the shadow of Table Mountain.

Three men wearing balaclavas – lying in wait after cutting through a fence – grabbed him from behind, threatened him with machetes and a screwdriver, and forced him back into the villa.

Ms MacDonnell said: ‘I was on the loo and one of these guys suddenly appeared right next to me and put a screwdriver against my throat, then hauled me on to the floor. 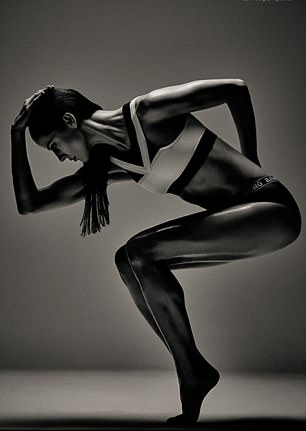 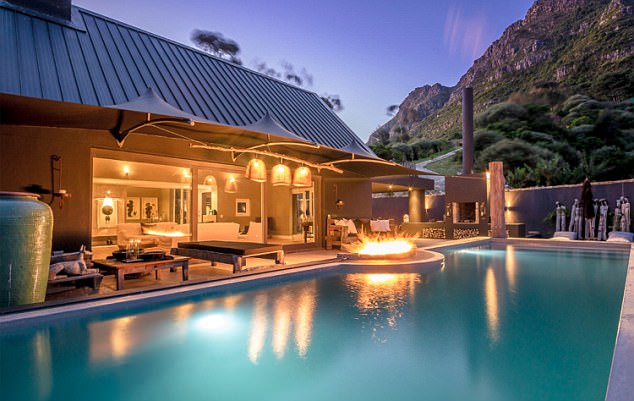 ‘David was brought into the bathroom by the other two men and his hands were tied up with an iPhone cord. It was petrifying.

‘One guy started asking me what valuables we had, and where the safe was.

He quickly got quite aggressive because I had no idea about the safe, and he was violently pushing me around the bathroom to make me tell him.’

After ransacking the couple’s possessions, the gang dragged both of them to the other guests’ rooms.

At Ms MacDonnell’s request, the MoS has agreed not to name the four women (two photographers, a make-up girl and an assistant), who are now receiving trauma counselling back in the UK.

All were working on a shoot for Manuka Life, a high-end London yoga and leisure wear company, of which Ms MacDonnell is creative director.

Incredibly, the youngest of the party – Ms MacDonnell’s assistant in her 20s – was in bed wearing ear plugs and slept through the ordeal. 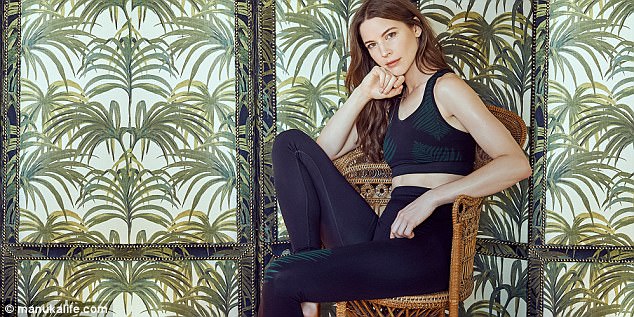 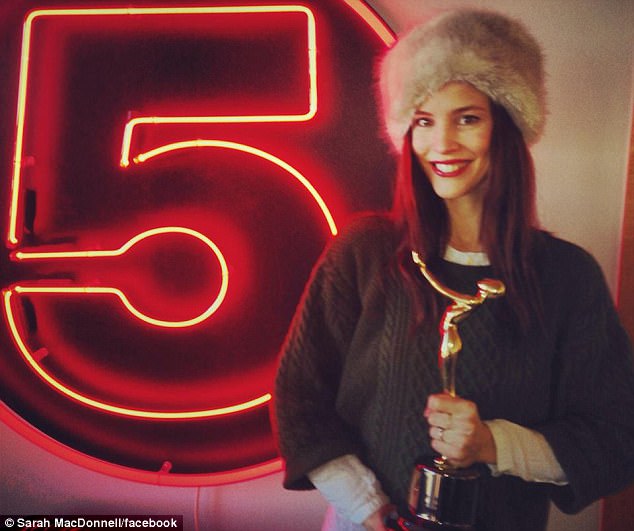 ‘When we five were all tied up, the gang were arguing among themselves about whether they were going to leave,’ said Ms MacDonnell.

‘That’s when it got really scary because you think you’re going to get murdered – or worse.

‘I really felt I wasn’t going to make it, but I felt so protective of everyone. I was thinking, if they start using the knives or slash someone’s throat, what could I pick up, what could I do?

We all behaved calmly and gave in, but it did feel it was about to turn. All I can say is we were so lucky – it just wasn’t our time to go.

‘I really want to credit David for being a calming influence on everyone – including the robbers – without trying to control the situation.

No one had an ego and I think that’s why we’re alive. He was incredible. Luckily we had enough things between us that they could take and be satisfied.’

She said that the gang gave ‘conflicting signals’ about their victims’ likely fate, allowing one woman to put her trousers back on, and agreeing to a request not to take the Britons’ passports.

‘Then one of the robbers took off his balaclava, which really worried me, because then we’ve seen his face, so he’s got nothing to lose,’ she added.

Eventually the robbers decided to leave. One of the women – who had managed to hide a mobile phone under a blanket – got a number for the Cape Town police and the alarm was raised.

The gang escaped with cash and equipment, including cameras, laptops and phones.

Ms MacDonnell added: ‘The police told us there was minimal security at the property.

The gang cut a hole through the fence. We were told on arrival that the manager feels so safe he doesn’t even lock his door.

Maybe we were naive, but there’s so much glass in the place, you feel as if you’re in a goldfish bowl.

‘The next day a security team was brought in to put in extra measures. Unfortunately that was an afterthought. ‘

The villa, which is advertised on Airbnb as a five-star ‘luxurious mountainous private retreat’, costs £870 per night.

Run by two expat Americans, it is said to be a blend of Balinese and African influences.

The Mail on Sunday contacted Maison Noir and were given a number for a manager by staff. However, when the call was answered, the man refused to take questions.