A retired British couple were jailed for eight years today after being found guilty of trying to smuggle £1million of cocaine into Europe on a £6,800 luxury Caribbean cruise.

They were told they will serve their sentences in Portugal instead of being kicked out of the country and sent back to Britain to do their jail time as a state prosecutor had requested.

The pair were arrested on board cruise liner Marco Polo on December 4, 2018, after Portuguese police acting on a tip-off from Britain’s National Crime Agency discovered 9lbs of cocaine hidden inside the lining of four suitcases Roger had been handed on the sunshine island of St Lucia.

Bromley-born Mr Clarke, insisted he had no idea the cocaine was hidden in the lining of four suitcases picked up on the paradise island of St Lucia.

Roger Clarke and Sue Clarke, a British pensioner couple convicted of smuggling drugs aboard a cruise ship, arriving at the court in Lisbon ahead of their sentencing today 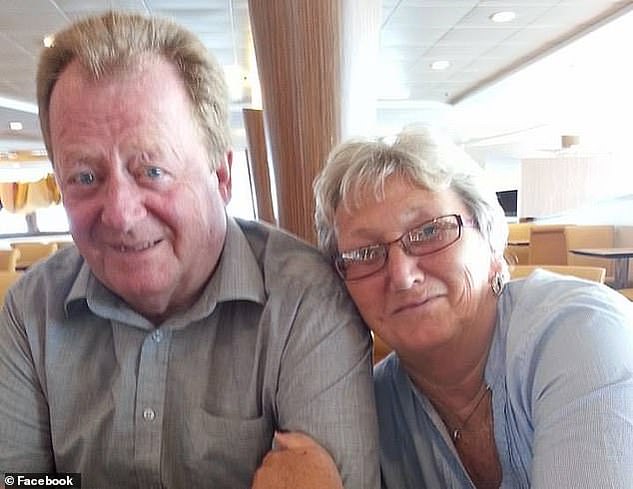 Clarke told the court he was taking the suitcases back to the UK for a friend called Lee who had promised to pay him £800 and bragged he could sell them for a massive profit at upmarket stores such as Harrods.

He said UK-based Jamaican businessman ‘Lee’ and another associate called Dee, who he named in court as George Wilmot, had asked him to help negotiate the import of exotic fruit during Caribbean cruise stopovers and he brought the suitcases back for them as a sideline.

State prosecutor Manuela Brito rubbished his court claim he had been ‘betrayed’ by people he trusted and insisted the Brits were drug mules who used the four cruises they took to South America in two years as a front for their crimes.

And she questioned how they could pay for the cruises costing around £18,000 when they survived on a joint monthly pension of £1,150 from which the couple had to pay rent of £445.

Mr Clarke, who said after his arrest Lee paid for the last trip, but at trial claimed they had paid through ‘savings from hard work’, gave a cabin steward one of the old suitcases the couple boarded the Marco Polo with at the start of their cruise in Tilbury, Essex, and gifted the other two to the unidentified man he claimed handed him the new holdalls. 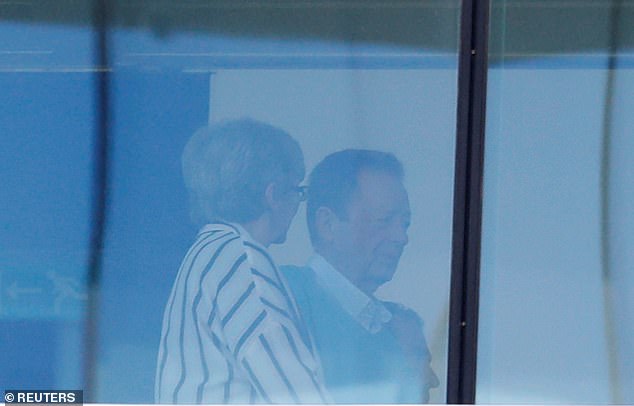 Mother-of-three Sue, from Wellingborough, Northampton, admitted in court she had been with her husband when they took two of the four cases containing the drugs onto their cruise ship, but insisted she only knew her husband’s business associates socially and never accompanied him when he negotiated fruit sales.

Mr Clarke confirmed in court they had both served prison sentences in Norway after being convicted in 2010 for trafficking 240 kilos of cannabis resin, claiming he had done a first drugs run to clear debts and was made to do more with his wife as cover after being threatened with violence by gangster paymasters if he stopped.

Roger, who was born Roger Button but changed his surname to Clarke after finishing his prison sentence, was jailed for nearly five year and Sue for three years nine months.

The expat couple lied to friends in Guardamar del Segura near Alicante where they lived and were the life and soul of local bars and members of a golf club, by telling they had served time in prison for cigarette smuggling. 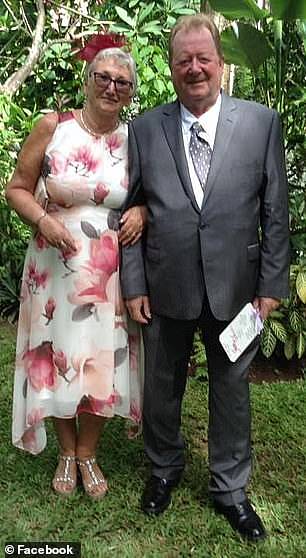 The pair (pictured) led a jet-set lifestyle with no obvious way of paying for it, court papers show. Roger and Sue Clarke went on luxury cruises worth £18,000 in two years before their arrest despite living on just £885 a month

They were warned ahead of last Tuesday’s trial they faced up to 12 years in jail. The crime they were convicted of carries a prison sentence of four to 12 years in Portugal.

They have already served nine months in custody which will be taken into account when fixing their release date.

Portuguese police insisted in court the couple had not cooperated by giving the information they needed to identify the criminals paying them to do drugs runs.

It is not known if British police or other crimefighting agencies have managed to identify the men Mr Clarke pointed the finger at.

Although the street value of the nine kilos of cocaine the couple were caught with was initially put at £2million, experts later valued it at around half that figure.

Portuguese prosecutors say they believe the Clarkes were making between £18,000 and £26,500 plus exes per cruise they took so they could smuggle drugs into Europe.

Britain’s NCA said they believed the couple were planning to offload the cocaine in Portugal but Policia Judiciaria inspector Carla Nunes told their trial she thought the final destination was the UK.

At an earlier hearing Clarke told the three judges presiding over his case: ‘Some people knew we occasionally went on Caribbean cruises and asked me to negotiate to buy exotic fruit for shipment back to the UK.

‘I met people on certain islands to do that job. Then they asked me if I would bring some suitcases back because they could fetch a high price in places like Harrods, up to £1,500 per case.

‘They said they were going to use the cases as samples. It was something I did for them with no problems on earlier cruises and so I said ”yes” this time round.’

Describing his shock when Portuguese police knocked on their cabin at 5am after it docked in Lisbon and cut open their cases to find cocaine inside, he added: ‘I am so sorry we are here but we never ever knew drugs were in them.’

Explosive court papers released ahead of their trial allege the couple used their age as a front to hide their ‘illicit project to make easy money’.

The elderly pair were enjoying a jet set lifestyle of flights and cruises around the world worth £18,000 in two years despite a monthly disposable income of £885-a-month, papers found. 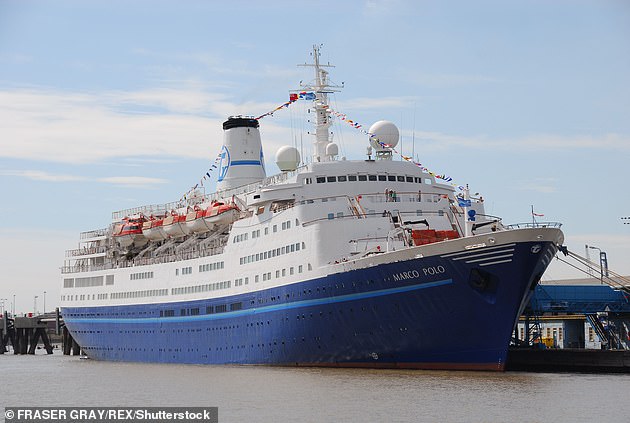 Clarke, from Bromley, Kent, claimed after his arrest a mysterious UK-based Jamaican businessman called Lee had asked him to negotiate the exotic fruit sales during cruise ship stopovers in the Caribbean and bring back the suitcases ‘as a sideline’ [File photo]

Clarke told the court earlier this month: ‘I dealt with both Lee and Dee. They said they were having problems getting the fruit and as I had been a chef and knew the difference between good fruit and bad fruit, I said I would help.

‘The people I negotiated with in the Caribbean were the same ones who gave me the suitcases.

‘I’d give Lee or Dee our itinerary before our cruise and I’d be met dockside by a man with my name on a board who’d take me in a car to the pack-house to see the fruit.

‘I’d get £2,000 per container that ended up being shipped back to the UK. I wasn’t always asked to take back suitcases but when I was I got £2000 for each case.

‘The first time we picked up cases was in Antigua, twice we were given cases in St Lucia and once in Barbados.’

Prosecutor Manuela Brito asked why a man of Clarke’s ‘age and life experience’ agreed to bring back suitcases given to him by strangers for someone whom he knew only by their first name.

‘I have known Lee and Dee for years,’ Mr Clarke insisted. My wife met them, Lee came out to our home in Spain with his wife on holiday.

‘We went to two weddings in Jamaica of the people importing the fruit. We thought they were genuine friends and we were just happy to do them a favour.’