British sailor is charged with MURDERING his new wife

Mystery: Isabella Hellmann and Lewis Bennett were on a belated honeymoon cruise

A British sailor has been charged with murdering his wife in the Caribbean on their honeymoon and staging a yacht accident to cover it up.

Lewis Bennett was charged with second degree murder in Florida on Tuesday, ten months after he reported his wife Isabella Hellmann missing from their crashed catamaran off the coast off Cuba.

US Coast Guard rescuers found Bennett alone in his life raft in May 2017 after the supposed accident, and he claimed his wife had vanished overboard while alone at the helm.

Bennett has already been jailed in Florida for smuggling $100,000 in gold coins into the US and will now face trial for his wife’s murder.

Bennett, 41, of Poole, Dorset, was arrested on suspicion of second degree murder in a Miami court, where he was also sentenced to seven months in prison for smuggling stolen coins.

He had previously admitted to smuggling up to $100,000 in stolen coins.

The coins had gone missing from another yacht in the Caribbean last year at a time when Bennett was sailing it on its owner’s behalf.

The charge was brought by the FBI as it investigates the disappearance of the defendant’s wife Isabella Hellmann.

Rescuers found the British-Australian dual citizen, 40, alone in his life raft on May 15 after he made an SOS call to say Ms Hellmann, 41, was missing and his 37-ft catamaran was taking on water.

On May 14 — Mother’s Day in the US — the British yachtsman and his wife were on the final leg of a belated honeymoon cruise through the northern Caribbean on his 37 ft catamaran, Surf Into Summer.

As Bennett later recounted to the US Coastguard, he had gone to bed in his cabin at 8pm, exhausted after five days on the water as they sailed from Cuba to Key West in Florida. 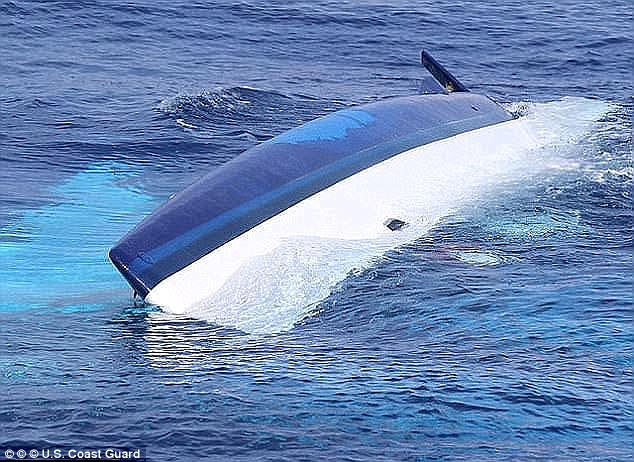 Capsized: Bennett’s abandoned catamaran was found capsized about 30 miles away from Cay Sal

Bennett said that his wife, Isabella Hellmann, had been given the helm and left alone in charge of the vessel.

He described how he had been woken at around 1am by the loud thud of the boat hitting an object, and, that when he went on deck, his wife had disappeared.

Bennett, a businessman and mining engineer from Poole, Dorset, fired his emergency positioning beacon and sent out a distress call after he realised the catamaran was taking on water.

Two hours later, he was rescued — safe and sound, but alone — by a US Coastguard helicopter about 30 miles west of the Bahamas. 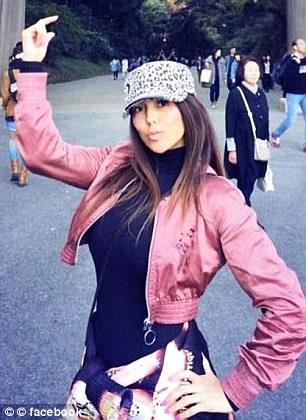 He was floating in a life raft 1,000 yards from the now half-submerged boat, which he had abandoned after first gathering his possessions.

He said he believed the catamaran had hit something.

He also told investigators that the mast had been loose and ‘there is a possibility that she may have (fallen) in the water due to an accident with the mast hitting her’.

An exhaustive four-day air and sea search for his wife, a Colombian-born estate agent he married three months earlier, never found a trace — even though he said she had been wearing a life jacket.

At 5ft 4in and 7st 12lb, and dressed only in light clothing, she would probably only have survived in the water for a few hours if she had been conscious.

The tragedy has left the couple’s 15-month-old daughter Emelia, who was being looked after by Isabella’s family in Florida at the time, motherless.

Detectives said they found a stash of silver coins in the raft before uncovering a haul of gold coins in the couple’s home in Delray Beach, Florida.

Lawyers for his wife’s family believe the couple’s daughter, Emelia, is being looked after by Bennett’s parents in Hampshire.

According to papers filed at court by his sister-in-law Adriana Difeo, in a legal challenge relating to Mr Bennett’s control of his wife’s finances, just one day after the Coastguard called off its search for her, Bennett asked the service for a ‘letter of presumed death’ — a document that would speed up the process of sorting out her financial affairs.

Florida law says nobody can be declared legally dead until he or she has been missing for at least five years. 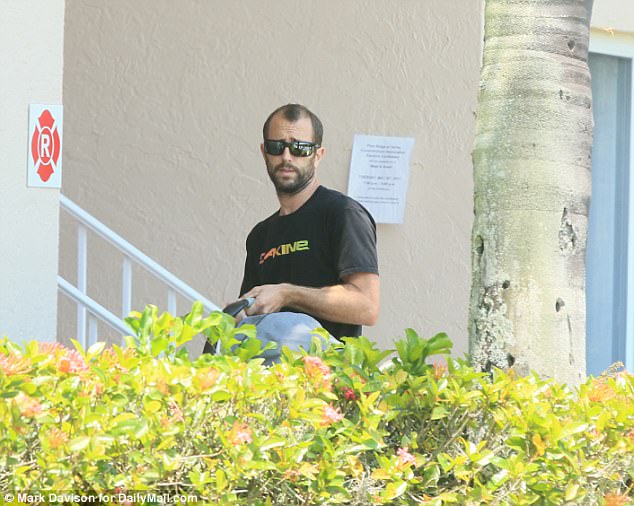 The Coastguard returned the coins to Mr Bennett (pictured), but almost immediately discovered they might have been stolen

Isabella’s disappearance remains officially under investigation, although no law enforcement agency has said whether or not Mr Bennett is a suspect.

However, in a police report relating to the Briton, an officer said he had been told by the US Marshals Service that Mr Bennett was being investigated over his missing spouse.

Prosecutors chose to include in their outline of the stolen coins case some fascinating travel records.

These show that Mr Bennett and Isabella flew to St Maarten in March this year — ten months after the ‘burglary’ on the yacht Kitty R — and again at the end of April.

What remains clear is that — before this week’s arrest — there has been a very public fallout between Bennett and Isabella’s family, with both sides making accusations against the other.

On the one side, her family have accused him to his face, and in front of police, of killing her.

He in turn has accused them of stealing from his home.

On May 28, he contacted police in Boca Raton, Florida, where — with his daughter Emelia in tow — he was visiting one of his wife’s sisters. 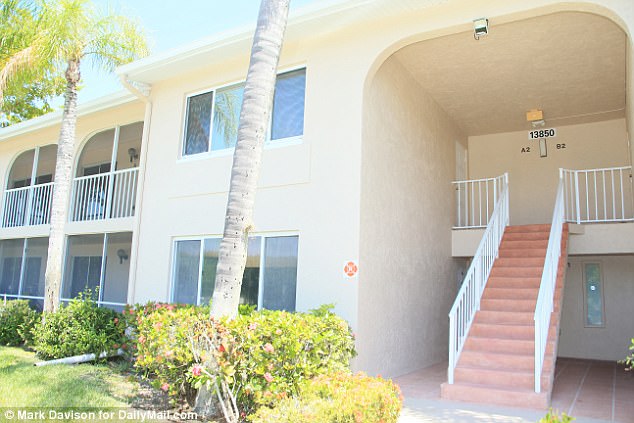 Bennett also told investigators that the mast had been loose and ‘there is a possibility that she may have (fallen) in the water due to an accident with the mast hitting her’. Pictured: The family home in Delray Beach

He requested the presence of officers as he recovered possessions belonging to his wife — including computers, an engagement ring, clothes and handbags — which he said her family had taken from his home while he was in Cuba after Isabella went missing, scouring its hospitals for his wife.

According to police, as soon as Mr Bennett arrived, his sister-in-law, Elizabeth Rodriguez screamed at him to get out and ‘repeatedly stated that Lewis killed her sister’.

Mr Bennett and the accompanying officer decided it was best not to pursue the matter and left empty-handed.

Other members of Ms Hellmann’s family have revealed they became dubious about Mr Bennett’s account because of the unemotional way he reacted to the tragedy. Another of his sisters-in-law, Dayana Rodriguez, recalled: ‘He was calm, he wasn’t crying or anything. When I saw him, I ran to him and I hugged him and I said: ‘Where is Isabella?’ And he said: ‘I don’t know.’ ‘

She was dumbfounded by the way her brother-in-law, an experienced seaman, had reacted to his wife’s disappearance. When she asked him why he didn’t stop the boat and drop anchor, he told her ‘he needed to keep the boat on track’, she said.

She said her mother had ‘passed out on the floor’ when Mr Bennett had rejected their pleas to keep baby Emelia in Florida, telling them: ‘I’m leaving and you’re not going to see the baby again.’

In June, weeks after Isabella Hellmann’s disappearance, her oldest sister, Adriana Difeo, went to court in order to take over her sister’s finances from Mr Bennett. That case has yet to be settled.

Asked about her sister’s death, Ms Difeo said yesterday: ‘We don’t know the truth yet. We’re waiting for the FBI report.’ For his part, Mr Bennett has insisted he is entirely innocent of any involvement in his wife’s death, and that it was ‘absolutely devastating’ to lose the ‘soulmate I had always searched for’.