British soldier embedded with US forces is killed in Syria

A British soldier embedded with US forces has been killed by a roadside bomb while on an anti-ISIS operation in Syria, the Ministry of Defense has said.

The unnamed individual, reported to be a special forces soldier, was taking part in an operation against the  jihadist group when the blast occurred on Thursday, a spokesman said.

An American was also killed in the incident in the northern Syrian city of Manbij, which wounded five others.  They are the first coalition service members to die in Syria this year.

Since 2014 the coalition has provided weapons, training and other support to forces fighting ISIS jihadists in Syria and Iraq 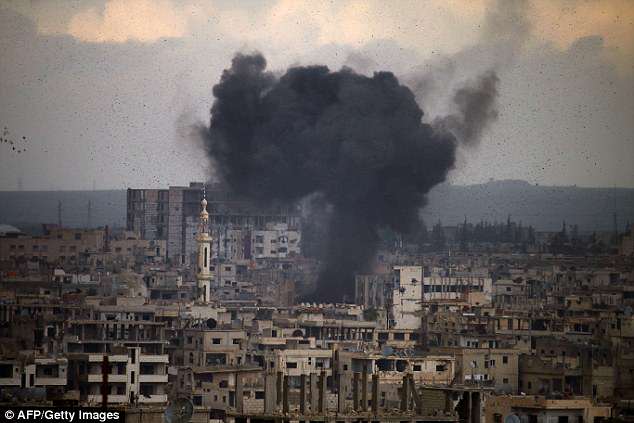 The U.S. is eager to withdraw from Syria as soon as possible ‘We’ll be coming out of Syria, like, very soon,’ President Trump told industrial workers in Ohio on Thursday 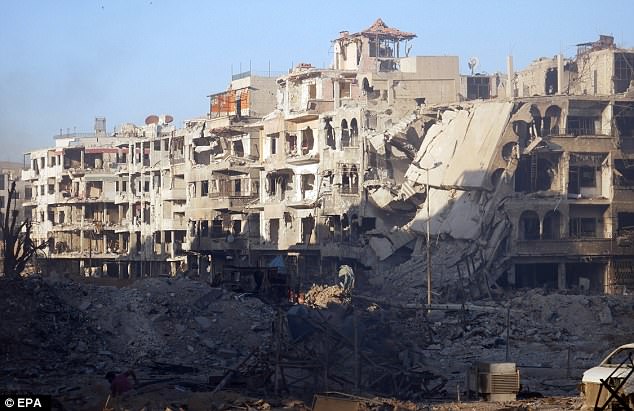 The improvised explosive went off around midnight (2100 GMT), a coalition statement said – but gave no further details about the victims.

Since 2014 the coalition has provided weapons, training and other support to forces fighting ISIS jihadists in Syria and Iraq.

ISIS remains active in the Euphrates Basin area of northern Syria, as well as pockets further to the south.

Special forces units are known to be operating on the ground in Syria to secure areas retaken from ISIS – but officials have refused to comment on their activities or their existence.

This latest incident brings the number of US personnel killed in action during the operation to 14.

No group immediately claimed responsibility for the attack.

Manbij is a Arab-Kurdish mixed town close to the border with Turkey which is at risk of falling to the Turkish invasion of northern Syria.

It is located between the northern city of Aleppo and the western bank of the Euphrates, less than 18 miles south of the border.

An MOD spokesman told Mailonline: ‘It is with regret that we must confirm that a member of the UK Armed Forces was killed by an improvised explosive device in Syria yesterday. 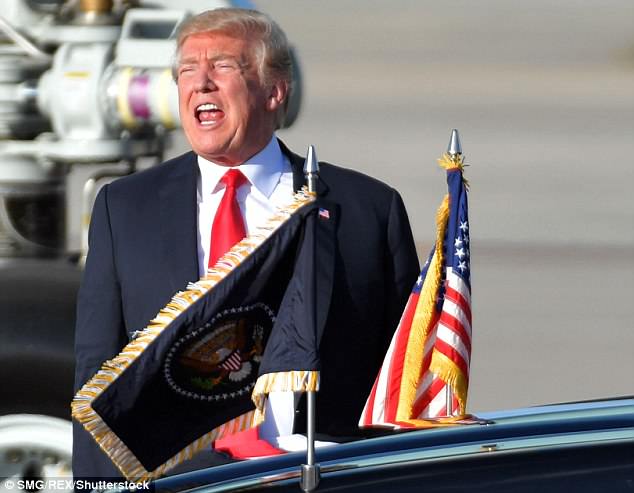 President Trump’s pledge to withdrawal U.S. forces from Syria is not likely to go unresisted by the military

‘The individual was embedded with US forces on a counter-Daesh operation when the incident occurred.

‘The family has been notified and our thoughts are with them at this difficult time.

‘We cannot confirm any further details at this stage.’

US military spokesman Col. Ryan Dillon said: ‘There is an investigation under way to identify who [the attackers] could possibly be.

‘We have our initial assessment and thoughts on that but we won’t provide until the investigation is complete.’

President Donald Trump said in a speech in Ohio on Thursday that the US would be coming out of Syria ‘very soon’.

But while the President wants to earn plaudits at home by pledging a withdrawal, senior officers at the United States Central Command (Centcom) – in charge of the fight against Isis – are determined to remain in Syria and Iraq until the group is decisively beaten.