How much?! Soldier shocked by beer prices in France during 1814 Napoleonic War moaned in his diary that he had to pay sixpence a bottle (the same as paying £6 a pint today)

One of the earliest examples of a Brit complaining about the price of beer and food abroad has been uncovered with the discovery of an 1814 diary from the Napoleonic Wars.

Soldier Frederick Shaw vented his frustration about the extortionate prices in bars and cafes in France while fighting in the campaign against Napoleon in the early 19th century.

He wrote in his diary: ‘We drank four bottles of beer and then called for the reckoning which…to our great astonishment… [put] the beer at six pence a bottle.’

Shaw also moaned that a plate of giblets and bread served to him and two colleagues was overpriced.

The party of Brits were charged seven shillings for the food which Shaw thought was worth just one shilling.

The lower ranking soldier was part of the Allied columns marching towards Paris at the time.

In his 22-page dairy, Shaw describes the French towns and villages which he passed through on the way.

Soldier Frederick Shaw recorded his experiences when campaigning in France during the Napoleonic Wars in 1814. Pictured: A British private soldier (left) and officer (right) from the period 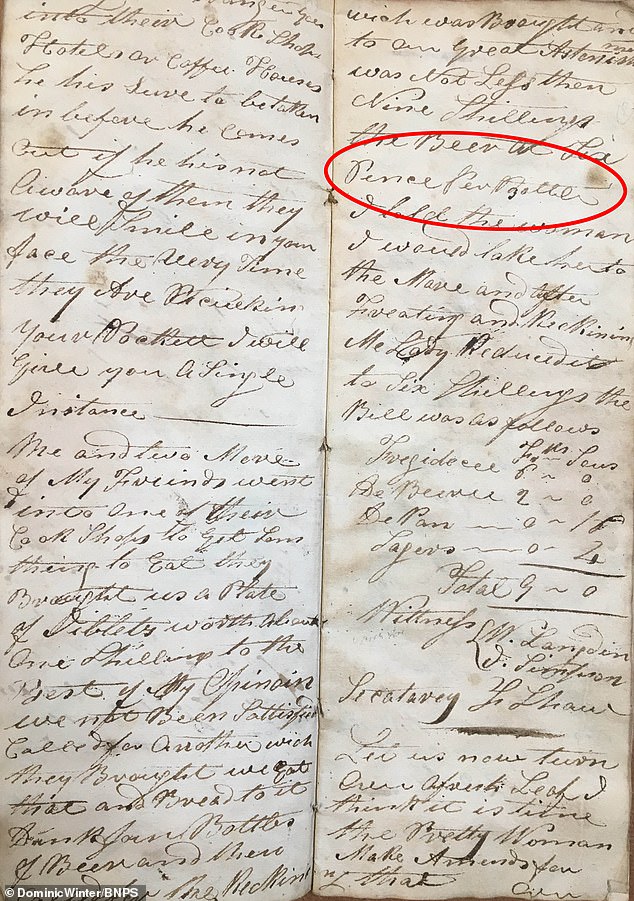 He wrote: ‘Me and two more of my friends went into one of their cookshops to get something to eat and they brought us a plate of giblets, worth about one shilling to the best of my opinion.

‘We, not being satisfied, called for another which they brought, we eat that [sic] and bread too and drank four bottles of beer and then called for the reckoning which was brought into our great astonishment was not less than nine shillings, the beer at six pence a bottle.’

A sixpence bottle of beer in 1814 would be worth about £6 today, similar to modern London prices for a pint, while Brits travelling to Qatar for the World Cup this month face paying £12 for beer.

Shaw’s diary has been put up for sale by a private collector at Dominic Winter Auctions of Cirencester, Gloucestershire.

Auctioneer Chris Albury said: ‘This is an uncommon journal from an ordinary British soldier swept up in the Napoleonic Wars. 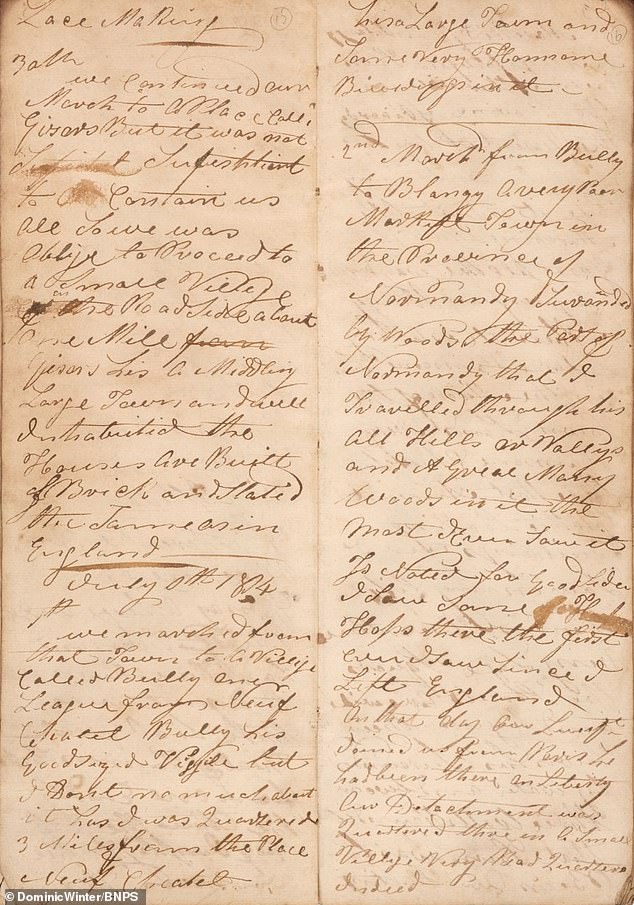 ‘Frederick Shaw’s account is refreshingly different to the usual letters of officers and gives readers a different flavour of what army life abroad would have been like.

‘He describes the towns and villages that he passed through and how friendly the locals were but the prices of food and drink were definitely not to his liking – this could be one of the earliest examples of a Brit complaining abroad.

‘There is some browning to some of the early pages but all of the writing is still legible, it comes with a handwritten transcription in pencil.’

The Napoleonic Wars saw the European powers form grand alliances against Napoleon Bonaparte as he tried to dominate the continent in the 19th century.

The French dictator was finally defeated following the Battle of Waterloo in 1815.