A British son has issued a heartfelt plea for help for his mother and sister who have lost everything after they were caught up in Hurricane Harvey in Texas.

Stephen Wishart’s mother Tania and his sister Stephanie, who is 19, moved to Texas six years ago and have been caught up in the devastating storm over the weekend.

Mr Wishart, who now lives in Belfast with his fiancee Chloe McGreevy, has set up a JustGiving fundraising page to try to help his family.

He told supporters that his mother and sister, originally from Arbroath in Scotland, were alive, but had been split up, with his mother in a refuge centre and his sister staying with a friend.

Tania Wishart with daughter Stephanie. The pair moved to Texas in 2011, and have been caught up in Hurricane Harvey, losing everything they own in the devastating storm 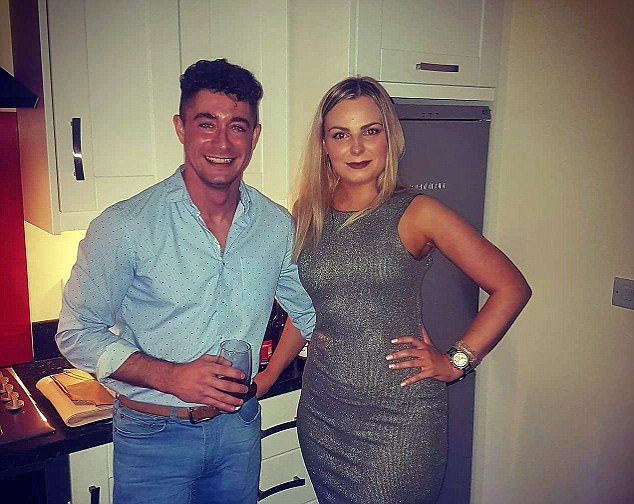 Stephen Wishart and his fiancee Chloe McGreevy have set up a JustGiving page to try to raise money for his mother and sister, as they have lost everything in the storm

Mr Wishart said: ‘As most of you have seen and heard on the news, Dickinson, Texas is underwater due to flooding and Hurricane Harvey hitting the city.

‘Unfortunately, my mum and sister have been victim to this storm and have lost everything they have, including their home, car and all their personal belongings.

‘My mum woke up in the middle of the night with water in her bedroom and her ground floor apartment flooding. As she opened the door many of her belongings were drifting out onto the street with the water and she saw that her car was completely submerged.

‘She and a neighbour made it into a first floor apartment block while the water rose but had to wait for hours before a rescue boat could reach them. My Mum had nothing more than the clothes on her back, her phone and $20 in her pocket. 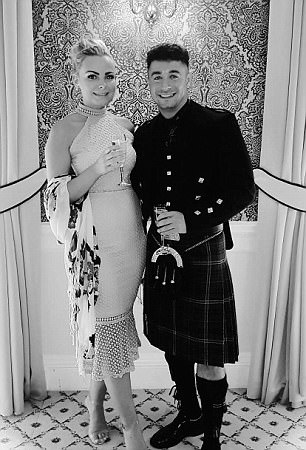 Mr Wishart with his fiancee Ms McGreevy. He said his mother may be considering starting all over again in the UK

‘There was a lot of debris floating in the water and boats hitting cars and mum really feared for her life as she cannot swim. Eventually, she was taken to a rescue centre in Austin. However, she is now five hours away from my sister who was staying with friends that night.

‘Although they are both still separated they are alive which we are so thankful for. As a family we are trying to support them in every way we can and hope they can be reunited soon. At the moment the priority is keeping them warm, dry and making sure they have food. Small things that we take for granted every day.

‘We are still unsure of what the next steps are but an option is to come back to the UK and start a life again from scratch. At this point we don’t think insurance will cover a flood like this to help with all of their personal belongings and the car is completely gone.

‘Ultimately, everything has been taken from them and they will now need to rebuild their lives and that’s why we have set up this appeal. Any donation no matter how small can make all the difference towards trying to rebuild some sort of life whether that’s over in the US or back here in the UK.’

Experts are describing Harvey as the worst natural disaster in US history, with more than 32,000 people in shelters across Texas and at least 38 people killed as a result of the devastating floods.

In one area of Houston alone there were another 17 deaths reported on Wednesday. 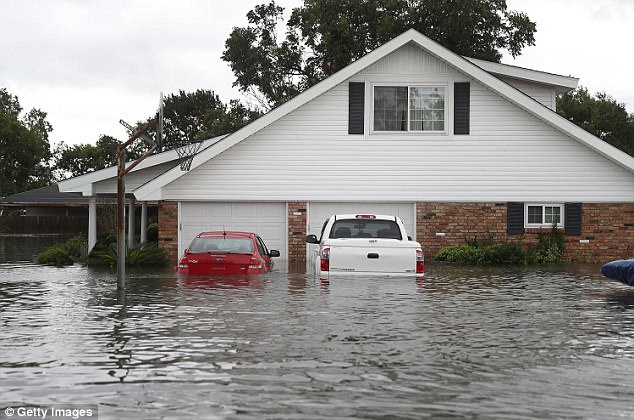 Mrs Wishart woke to find her apartment was flooding and her car submerged and had to escape with just her clothes and a $20 bill. Above, damage in Port Arthur, Texas 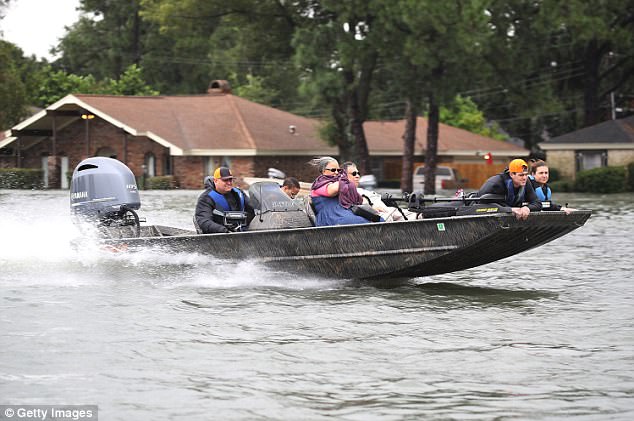 Evacuees sit on a boat after being rescued from flooding from Hurricane Harvey in Port Arthur, Texas

The cost of the damage, which includes 500,000 ruined cars, is likely to total $160 billion. The Texas Department of Safety revealed on Wednesday that 48,700 homes had been impacted by the floods.

The National Hurricane Center also downgraded Harvey to a tropical depression on Wednesday evening, but warns of continuing flooding in parts of southeast Texas and southwest Louisiana.