British tourist, 35, filmed snorting cocaine off infamous drug baron Pablo Escobar’s GRAVE says the stunt has cost him his family and landed him with death threats

A British tourist who was recorded snorting cocaine off Pablo Escobar’s grave says the stunt’s cost him his family and he’s even received death threats.

Steven Semmens, 35, was filmed kneeling by and spilling white powder on the spot where the notorious cartel boss was buried in Itagui, Colombia, earlier this year.

The father, from Swansea, Wales, said he meant it as a ‘mark of respect’ but has now been kicked out of Colombia – where his girlfriend and twins live – for five years.

Mr Semmens told the Mirror: ‘People sent me death threats on Facebook. They said if they found me they would skin me alive. I can’t see my children and that hurts.’ 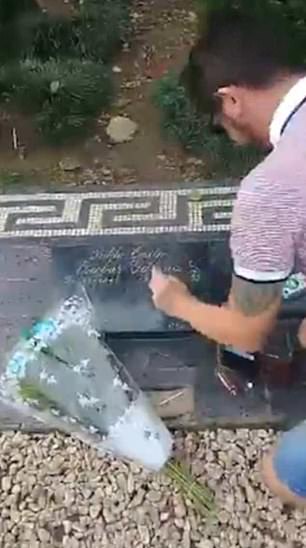 Steven Semmens, 35, (left and right) was filmed snorting cocaine off Pablo Escobar’s grave in Itagui, Colombia, in April this year and has now said he ‘regrets’ what he did

In the video, which went viral in April, Mr Semmens is seen smiling at the camera before tipping the contents of a bag of white powder on to the grave stone and rolling up a bank note.

He bends down to snort the substance and then looks up grinning to say ‘I’m Gordon Ramsay mate’ in an apparent reference to the chef’s 2017 documentary about cocaine.

Now eight months on from the incident Mr Semmens has said he ‘regrets what I did so much’ and wants ‘to apologise to the people of Colombia.’

He added: ‘It was funny at the time but I’m ashamed. Everybody said I was a disgrace and I was making the country look bad.’ 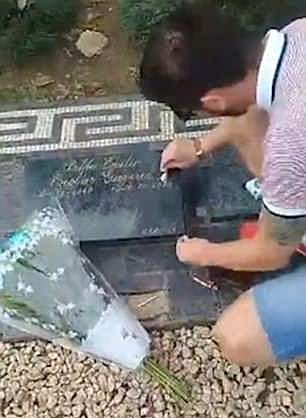 Mr Semmens has been banned from Colombia, where his girlfriend and twins live, for five years as a result of the stunt (pictured) which went viral 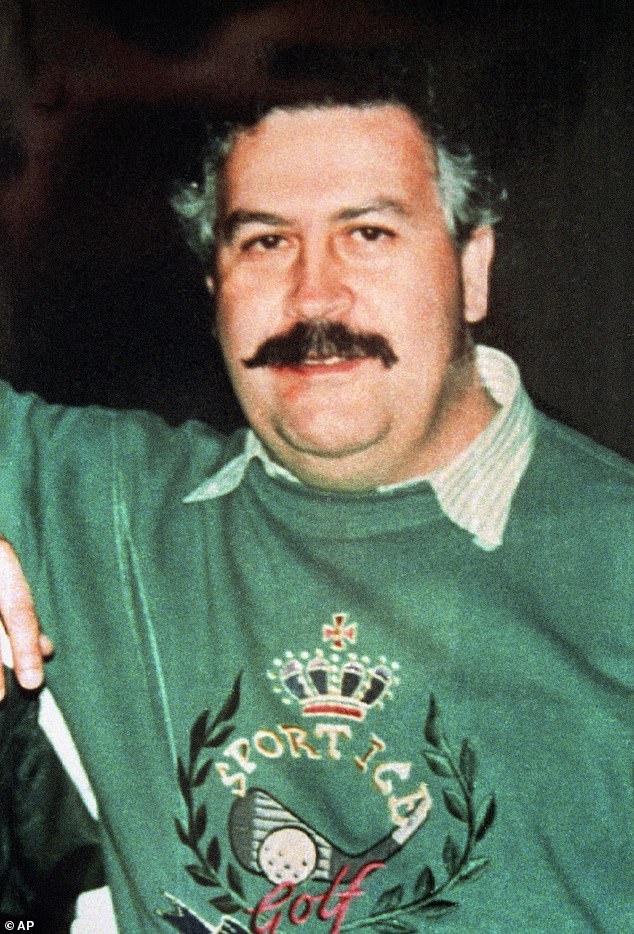 Pablo Escobar (pictured) once controlled more than 80 per cent of cocaine shipped to the U.S

Mr Semmens, who plans to become a drugs counsellor, claims the video was filmed by a hitman for Escobar’s Medellin Cartel after they met in a bar.

He also said that after the video went viral he went into hiding and even shaved to change his appearance before police found him and gave him the five-year ban.

Drug baron Escobar was shot dead by police at the age of 44 in 1993, bringing an end to his ruthless control of the Medellin Cartel.

At one point he controlled more than 80 per cent of the cocaine shipped to the U.S.

This earned him the rank of one of Forbes Magazine’s ten wealthiest people in the world with an estimated £18 billion fortune.

In recent years, there have been reports of guided cocaine tours in the area taking in the notorious criminal’s grave.

Who was Pablo Escobar, leader of the Medellin Cartel? 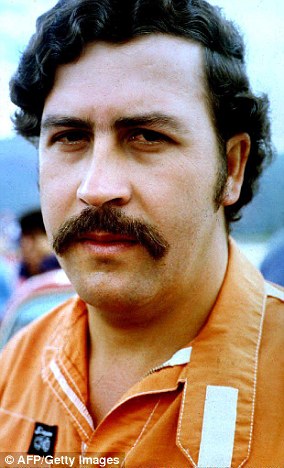 During his time at the helm of the Medellin Cartel he controlled over 80 per cent of the cocaine shipped to the US.

This earned him the rank of one of Forbes Magazine’s ten wealthiest people in the world.

Escobar entered the cocaine trade in the early 1970s, collaborating with other criminals to form the Medellin Cartel.

Despite his role as a drug lord Escobar earned popularity by sponsoring charity projects and soccer clubs.

However terror campaigns run by Escobar resulted in the murder of thousands turned the public against him.

By the mid-1980s, Pablo Escobar had an estimated net worth of $30 billion and cash was so prevalent that Escobar purchased a Learjet for the sole purpose of flying his money.

More than 15 tons of cocaine were reportedly smuggled each day, netting the Cartel as much as $420 million a week.

Colombian law enforcement finally caught up to Pablo Escobar on December 2, 1993 in a middle-class neighborhood in Medellin.

A firefight ensued and, as Escobar tried to escape across a series of rooftops, he and his bodyguard were shot and killed.