The two brothers arrested and jailed pending their trail for the alleged gang-rape of a British holidaymaker in Ibiza are professional boxers who were trained until recently by former world champion Ricky Hatton.

Paul Upton and his younger brother Sonny were ordered to prison after a court hearing on Friday following their arrests a day earlier in the Ibizan party resort of San Antonio.

A third man – another professional boxer named as 21-year-old Bradley Smith from St Ives, Cambridgeshire – was released on bail pending an ongoing criminal probe along with a fourth Brit.

All four men are understood to strenuously deny the allegations.

The 29-year-old Brit who claims she was gang-raped told police she was force-fed two pills after meeting up with the men at popular San Antonio bar Linekers.

She then says she was taken back to apartments where the suspects were staying and made to have sex while she was held down.

The incident allegedly happened in the early hours of Thursday morning at the Marian Apartments in San Antonio and the four men were arrested later the same day.

The Upton brothers, of London, parted company with Ricky ‘The Hitman’ Hatton in September 2016 when they announced they would be trained along with a third sibling called Anthony by Barry Smith and Harry Andrews in a West Ham Gym.

Paul, who is known as Pauly and turned 30 on July 12, took the Boxing Union of Ireland super welterweight title in April 2016 while he was still with Ricky Hatton.

He was defeated for the first time in his five-year pro career last month by fellow Brit Ted Cheesman in a WBA international super-welterweight clash.

Younger brother Sonny, a super-welterweight who turned 29 last month, has had 15 professional fights.

The pair, who up until their arrests posted several pictures on social media showing them enjoying the popular party spots including the Ocean Club in San Antonio, are currently languishing in Ibiza Prison.

One said: ‘She met the men while she was with some female friends at Linekers Bar in San Antonio.

‘Her friends left saying they’d be back but in the meantime the woman began to feel ill and the men offered to accompany her back to her hotel. 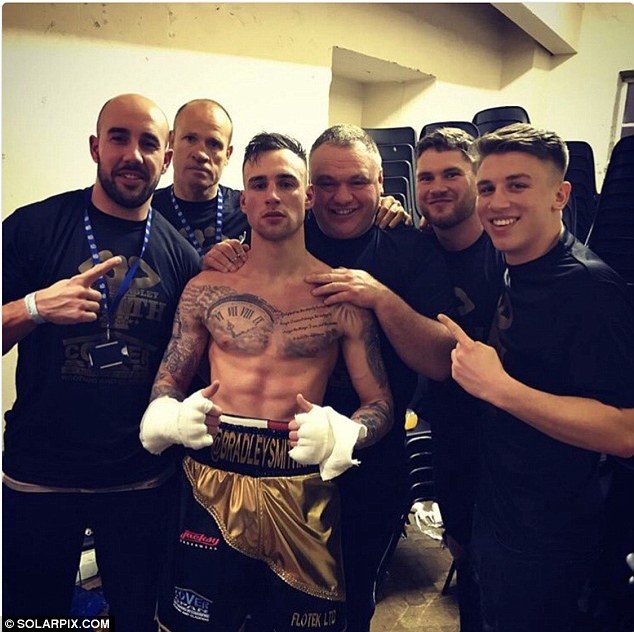 Boxer Bradley Smith from St Ives, Cambridgeshire was released on bail pending an ongoing criminal probe along with a fourth Brit

‘She says that after leaving the bar they headed for the beach and she was given two pills by one of the men while another went for a swim.’

Another well-placed insider said: ‘She said that after the beach they went to the mens’ holiday apartment where she was held down and raped by more than one of the men.

‘She was crying and pretty disorientated when she left the apartments.’

The woman, who is understood to have been drinking heavily and has not been able to give the police a clear account of everything that happened that night, was examined at a hospital after the alarm was sounded.

It is not known at this stage if she has been questioned by the same judge who quizzed the suspects and confirmed the account she gave police.

A court official confirmed two of the four men arrested had been remanded in custody and the other two had been released after questioning.

The conditions attached to their release have not been made clear.

None have been formally charged with any crime under Spanish law as is customary in Spain where suspects are only normally charged shortly before trial.

The two Brits released after their court appearance over the alleged San Antonio gang-rape have checked out of the holiday apartments they were staying in.

It was not immediately clear if they were still in Ibiza at different accomodation or had been able to leave the island. 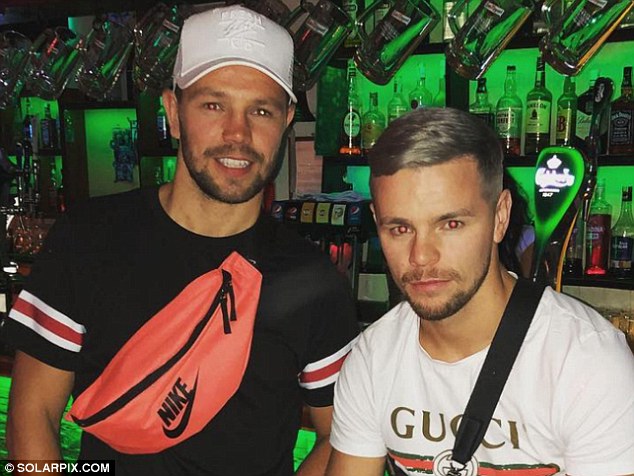 A source said: ‘They were part of a group of tourists travelling on British and Irish passports who were in three rooms.

‘They all checked out of their accommodation about two days ago.

‘They were all very shaken-up and looked as if they couldn’t believe what was happening.’

The insider said: ‘The apartment managers handed over CCTV footage to the police from the night the incident is said to have taken place.

‘But investigators have been told none of the staff who were on duty that night witnessed anything out of the ordinary.’

The ongoing judicial investigation will now seek to determine the involvement of the men and clarify if police have been given an accurate version of events by the alleged victim.

Tests to determine the nature of the pills the British woman says she was given will also take place as part of the probe.

The two boxers remanded in custody are expected to request their release on bail through lawyers in the near future.

They are not thought to have been offered the possibility of conditional release during their court hearing if they deposited a bail bond, although court officials could not be reached this morning to offer any confirmation.

Criminal investigations of this sort normally take at least several months to be completed before courts reach decisions on whether to recommend charges and trial.