British tourists could holiday in Greece without restrictions from June 1, says Greek government

British tourists could holiday in Greece without restrictions from June 1, according to the Greek government.

Last week, the EU country announced its plans to reopen its tourism sector in three stages which could see free travel to the country from the start of next month, should no further problems arise.

However, the chances of British tourists being able to visit the country once again rest on whether airlines will be willing to transport them there on a regular basis.

British tourists will be able to visit Greece without restrictions from June 1, if the Greek government’s three-stage plan to reboot the country’s tourism sector works over the next few weeks

So far, Greece has managed to record 2,726 coronavirus cases within its borders, with 151 people dying due to the global pandemic.

Last year, four million Britons travelled to either mainland Greece or its islands on holiday.

Greece’s Interior Ministry announced that the country will adopt a three-stage process to open up travel between mainland Greece and its islands. 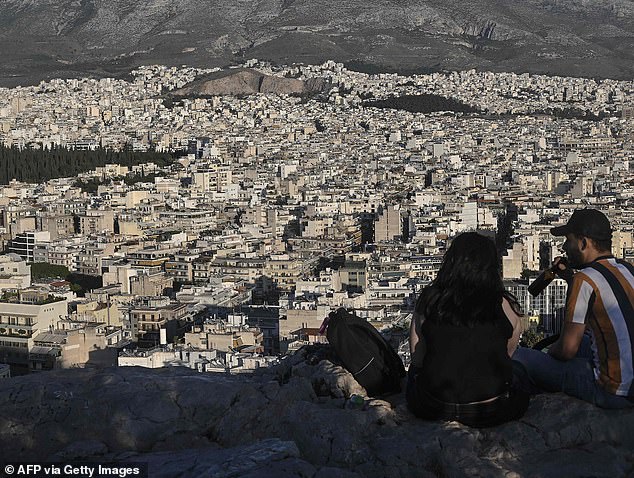 Greece has had 2,726 of its population contract coronavirus since the outbreak began with 151 people dying due to the global pandemic

The first stage began on Monday, with those who own tourist businesses on the islands now able to return there to prepare for the influx of tourists.

The second stage, which is set to start on May 18, will grant permission to all tourism workers to travel to the island.

And if all goes well, there will be no restrictions on travel both to and from mainland Greece and the islands from June 1. 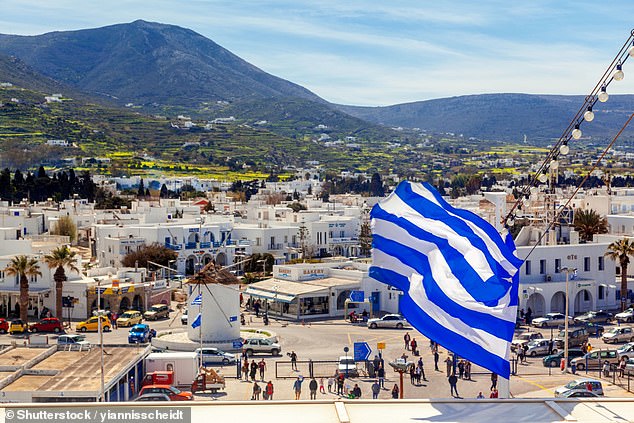 However the Greek government has already begun a three-step plan to allow free movement from mainland Greece to its islands, meaning that Britons will be able to travel there freely as normal

Greece’s tourism minister, Harry Theoharis said: ‘Of course, we will take precautions in terms of the requirements before travelling. But also in the way that we travel.

‘Social distancing rules will apply but we want to continue showing the kind of hospitality we’re known for.’

Tourism to Greece is expected to return to some sort of normality towards the start of June, with German airline Lufthansa confirming that all commercial flights from Frankfurt to Athens will recommence as normal on Monday.

The news that holidays to Greece could be back on the cards for Britons comes after tourist businesses in Benidorm got back up and running again for the first time since the middle of March. 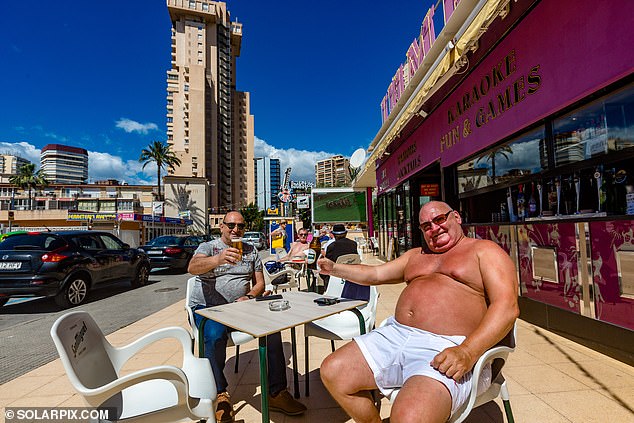 In Benidorm, meanwhile, British tourists have been allowed to head back to the bars after authorities eased lockdown restrictions  in certain parts of Spain

Bars, pubs and cafes in the Costa Blanca resort following the easing of lockdown restrictions in some parts of Spain. A maximum of ten people can sit at each table, which have to be at least 6.5 feet apart.

Major Spanish cities Madrid and Barcelona have also been told to remain under strict lockdown rules.