Lucas Belmonte, from Kent, has been jailed for a year in Dubai for credit card fraud

The man – named as Lucas Belmonte – was arrested by police while he was staying in the country with his girlfriend Summer Ellis.

The 23-year-old was sentenced to a year behind bars in the strict Arab country and fined £20,000 after having to sign a confession admitting to using the stolen card.

Belmote, from Kent, had claimed he was given the credit card by a friend who told him he could use it to pay for his New Year stay at the five star Jumeriah Beach Hotel.

Belmonte was told at the Bur Dubai Police station if he signed a statement translated from Arabic his girlfriend would be allowed to leave and not face any charges.

He told the ‘Detained in Dubai’ organisation, who are campaigning for his release, that he had been given an inaccurate translation of what police had asked him to sign.

It wasn’t until the following day when he was refused bail that he found out what he had signed.

His confession read: ‘I knew the card was fake. I bought the card in the UK to use in Dubai and I knew it was illegal’

Belmonte maintains that he was given the card by a friend who has since refused to help out and make a statement to the Dubai police. 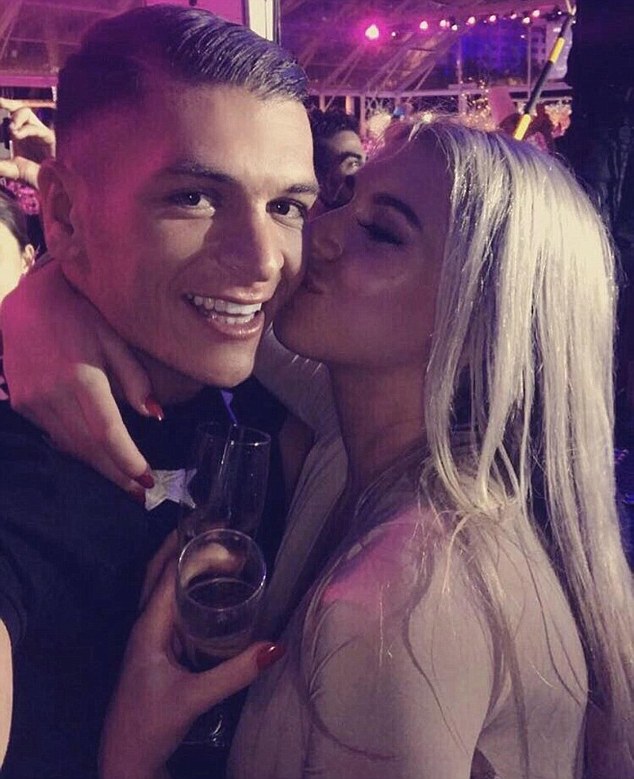 The fitness trainer, 23, from Kent, is dating Summer Ellis, who lives in Marbella, Spain, and is the sister of Love Island star Chyna Ellis 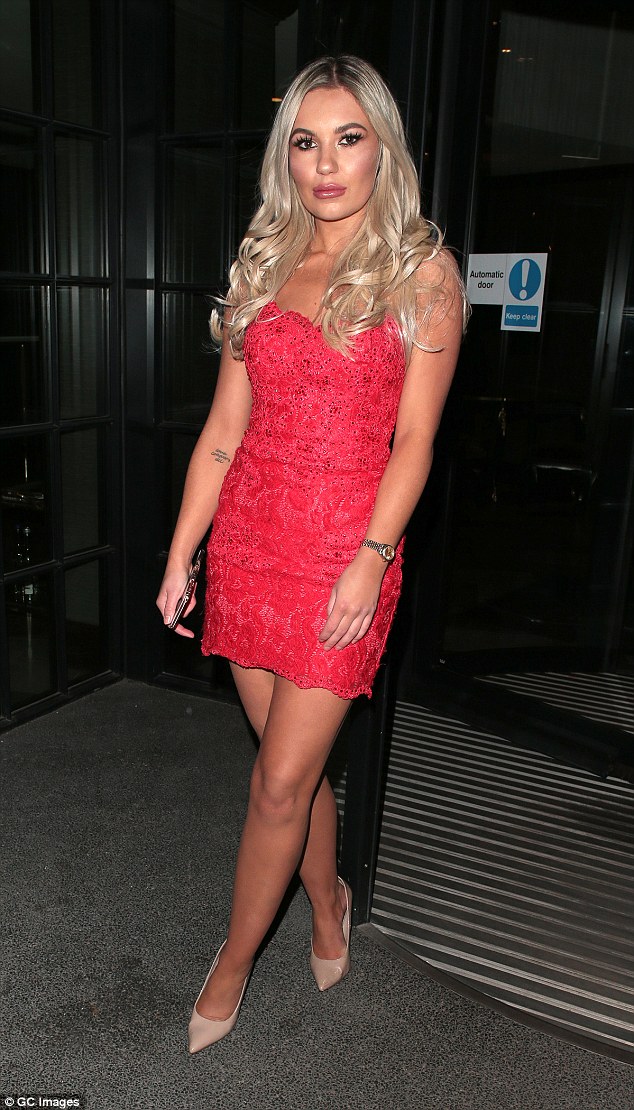 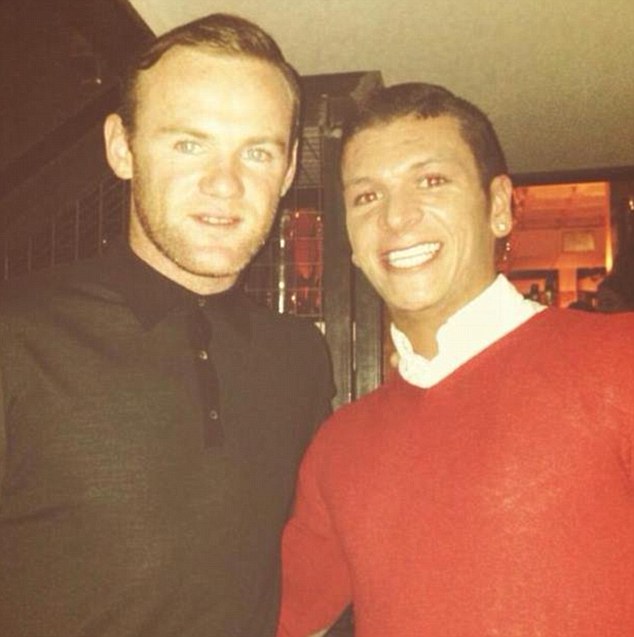 Belmonte now believes he was ‘set up’ by his friend who gave him a fake credit card.

Belmonte and his girlfriend, who his family are not identifying, had checked into the Sheraton Hotel on December 30th and used the card to pay for their room.

The pair were not happy with the hotel and moved to the luxury Jumeriah Beach Hotel where rooms cost up to £500 a night.

As they tried to check-in the hotel receptionist told them the credit card had been blocked.

Belmonte called his friend who had loaned him the card and was given the authorization number to complete the booking.

But three days later Dubai CID officers burst into the room and arrested Belmonte and his girlfriend.

David Haigh, from the Detained in Dubai group, said Belmonte told them officers repeatedly asked him in Arabic where the fake card was.

While officer searched the room looking for the credit card he heard his girlfriend crying in an adjacent room and he was urged to own up to the crime. 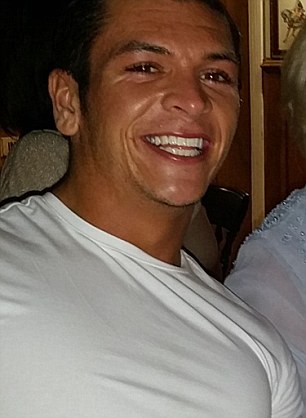 Belmonte said he was told to admit he was using a fake credit card and told by police ‘you will both go to prison and we will make sure you do not see a judge for six months.’

Both Belmonte and his girlfriend were held overnight in a freezing police cell.

He claims he was given an inaccurate translation of the confession, which he signed, allowing the release of his girlfriend who flew home to Essex.

Belmonte was locked up in the Bur Dubai police station on January 4th where he remained until his court appearance on Monday when he was given a years jail sentence based on his confession.

His distraught mother Louise visited the United Arab Emirates embassy in London to appeal for his release.

She said her son had been duped by the friend who gave him the credit card.

Louise said: ‘Within hours of knowing about the dispute Lucas and I paid the money to the hotels. I would like to appeal to the ruler of Dubai, to say to him I know he is a fair man and to ask him please look at my sons case and let him come home as he did with other Brits such as Jamie Harron and Billy Barclay who were unjustly detained.’

She added: ‘I just want Luke to come home. He is very young, very frightened and in prison in a strange country he does not know. If he can be given a pardon by the country’s ruler he can come home.

‘This has been so stressful it has put me in hospital. I have managed to speak to him but it is just so hard.

‘The first I knew was a call from Luke’s girlfriend who said they had been arrested for fraud. She told me that the police said if Luke signed a document she would be able to go home.

‘Luke signed the paper and she came home the next day, but it was days before I could talk with him.’ 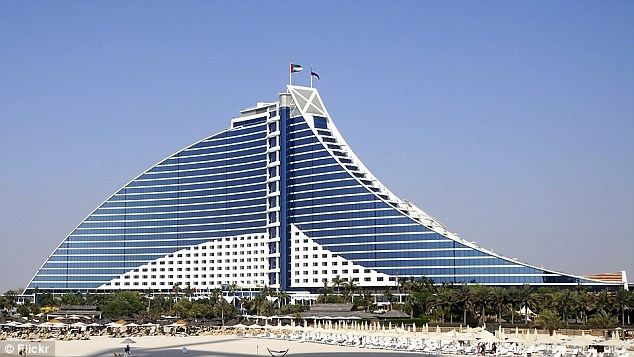 Lucas and his girlfriend were staying at the luxury Jumeriah Beach Hotel. As soon as his mother discovered what happened, she paid the money to the hotels

David Haigh, Joint Managing Partner at Stirling Haigh and Partner at Detained in Dubai, who has been in contact with Lucas’s mother, said ‘We have been supporting Lucas and his family since he was first detained in Dubai on his New Years holiday.

As we see all too often, Lucas was forced to sign a false confession under duress of threats to his girlfriend and physical abuse to himself. Lucas was then repeatedly denied bail on the basis of the false confession he was made to sign in Arabic and not given access to representation and without a translation available in English he was unable to defend himself. This has led to another wrongful conviction in the UAEs unjust legal system.

‘One other point that Lucas’s case highlights is the zeal with which International brands and law firms are willing to abuse and unfair trial process to benefit themselves and their clients. In this case with Lucas that company is American Express, whom we have and continue to approach to release Lucas.’

Haigh said it was not unusual for people to have been tricked into signing false confessions after being arrested in Dubai.

He said :’Many people who come to Detained in Dubai seeking help have been tricked into signing false confessions. Most people who are working in, or holidaying in Dubai and the Emirates don’t speak Arabic, which is a well known fact amongst the police, yet they still force and coerce people into signing these documents.

‘In 100% of these cases, the police deliberately tell the detainee whatever they want in order to get signatures on these confessions. A very high proportion of these cases involve forceful coercion. This is despite both Article 5 of the Universal Declaration of Human Rights and article 7 of the International Covenant on Civil and Political Rights, which provide that ‘no one shall be subjected to torture or to cruel, inhuman or degrading treatment or punishment.’ This includes force ‘intentionally inflicted on a person for such purposes as obtaining from him or a third person information or a confession’

‘Regardless of whether an individual is considered guilty by Dubai police or not, they have the right to a fair trial unhindered by falsified evidence.’