British woman killed in Sudan after arriving for wedding

A 24-year-old woman died in a car crash just hours after arriving for a cousin’s wedding in Sudan.

Malaz Elmosbah, from Wythenshawe in Greater Manchester, was killed in the crash along with her Sudanese cousin and the car’s driver on Sunday, August 27.

The former fashion student even offered to buy her cousin’s dress ahead of the wedding in her family’s home country.

Malaz Elmosbah, 24, was killed in a Sudan car crash that also killed her cousin and the vehicle’s driver just hours after arriving in north Africa for a family wedding

Extended family and friends are now travelling to north Africa to pay tribute to Malaz and support her loved ones.

Malaz, who was also known as Hajja, was born in Bedford but spent most of her life in Greater Manchester.

She had two brothers and a sister, as well as three nieces and a nephew.

Tragically, her cousin’s mother also died in a car crash in Sudan eight years ago.

Malaz had bought her cousin clothes in the run-up to the big day.

In keeping with Muslim tradition, Malaz was buried the same day as the collision. A ceremony was held in Kassala.

A memorial is expected to take place in Manchester.

Malaz attended Xaverian College and went onto study fashion at Manchester Metropolitan University before landing a job in retail.

Anfal Gadour, 27, a family friend from Manchester, said: ‘She was perfect. That is the only way I can describe her. 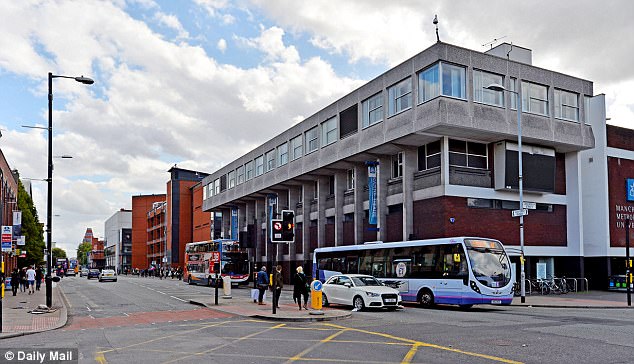 ‘I knew her since she was three-years-old she was like a sister to me.

‘She would do anything for anyone. She saved up all of the money to travel to Sudan for her cousin’s wedding.

‘She wanted to pay for her wedding dress, she bought all these clothes for her. She was doing that for a long, long time.

‘Her cousin’s mother also sadly passed away after a car crash. That is the reason why she really wanted to go – to support her cousin.

‘Malaz’s mother is often in Sudan looking after her cousin because of that.

‘Malaz looked after her dad at home and her brothers. She did absolutely everything at home.

‘She was very mature for her age. She had a lot of friends.’

Family and friends have launched a crowdfunding page for Islamic charity Penny Appeal in her memory.