Britney Spears’ Instagram appears to have been taken down.

Fans were met with warnings that read: ‘Sorry, this page isn’t available’ and ‘User not found’ while trying to visit the pop star’s page on Monday.

Last Thursday the star shared video of her thong-clad behind while hitting back at haters saying she edited photos of her figure.

Offline: Britney Spears’ Instagram page appeared to have been taken down on Tuesday

According to Instagram’s guidelines, users posts must be ‘appropriate for a diverse audience,’ including minors.

‘We know that there are times when people might want to share nude images that are artistic or creative in nature, but for a variety of reasons, we don’t allow nudity on Instagram,’ the policy explains.

This bans ‘content that show sexual intercourse, genitals, and close-ups of fully-nude buttocks,’ with some exceptions for female nipples like breastfeeding, birth or ‘health-related situations.’

Britney’s Instagram has become a fascination for fans, some of whom think the star uses her pics to send coded messages to the public.

On Sunday Britney she used Instagram to announce her engagement to beau Sam Asghari, sharing a photo of her flashing a giant diamond ring.

And she responded to critics – many of whom were urging the start to get a prenup – in typical fashion, posting a snap of her backside in a pink thong along with the caption: ‘People love to talk s**t so KISS MY A**!!!!!!’ 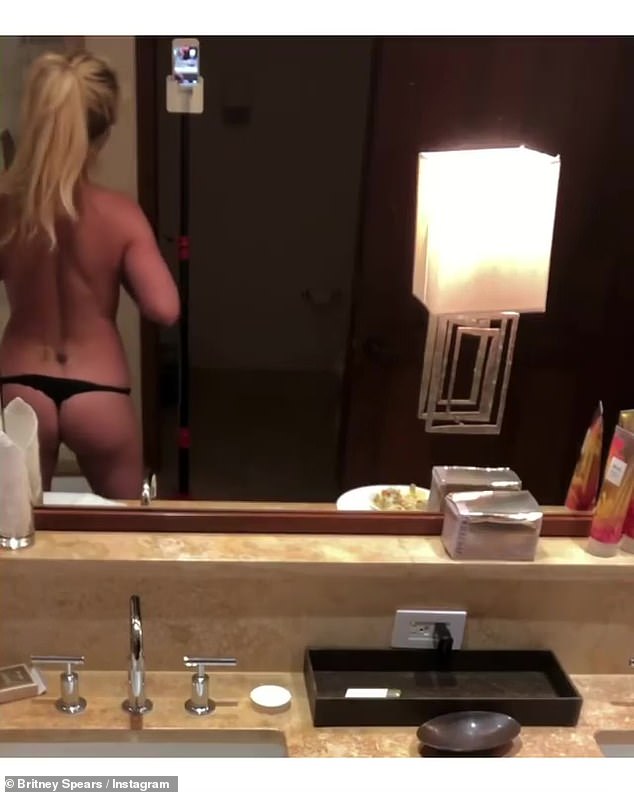 Too much? Recently Spears has been posting some very risqué content, perhaps violating the app’s Community Guidelines 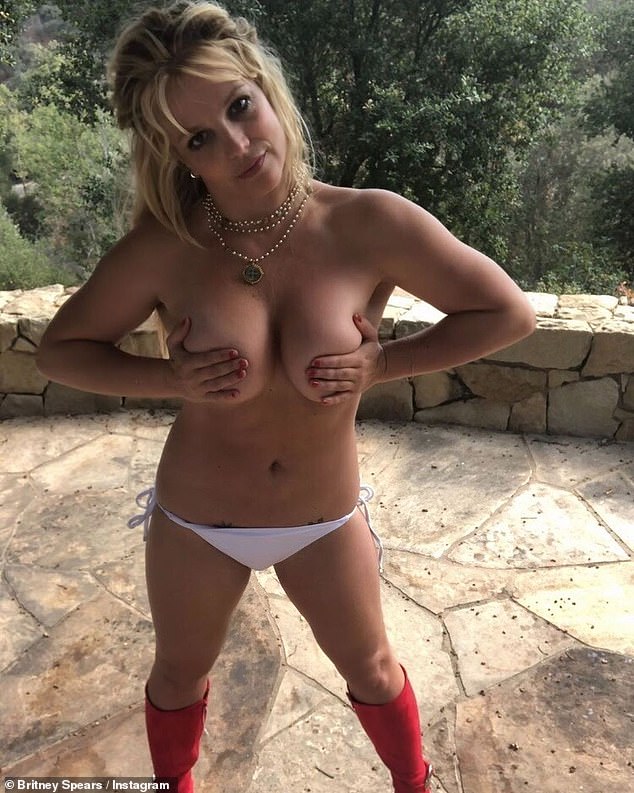 Britney and Sam have been together since 2017, after meeting on the set of her Slumber Party music video.

Spears may not have to deal with those restrictions for long, however, following news that her father Jamie moved to end her conservatorship after 13 years.

In recent months, Britney’s fiancé has been a regular support as she battles to end her conservatorship.

‘Sam hates seeing Britney not be able to make decisions for herself and frankly doesn’t care for her dad because of it,’ an insider told Page Six recently.

‘Even though they have wanted to take the next step for a while now, Britney and Sam know it would be so much easier to do if she weren’t under the restraints she’s under,’ they added.

Getting hitched! On Sunday Britney she used Instagram to announce her engagement to beau Sam Asghari, sharing a photo of her flashing a giant diamond ring 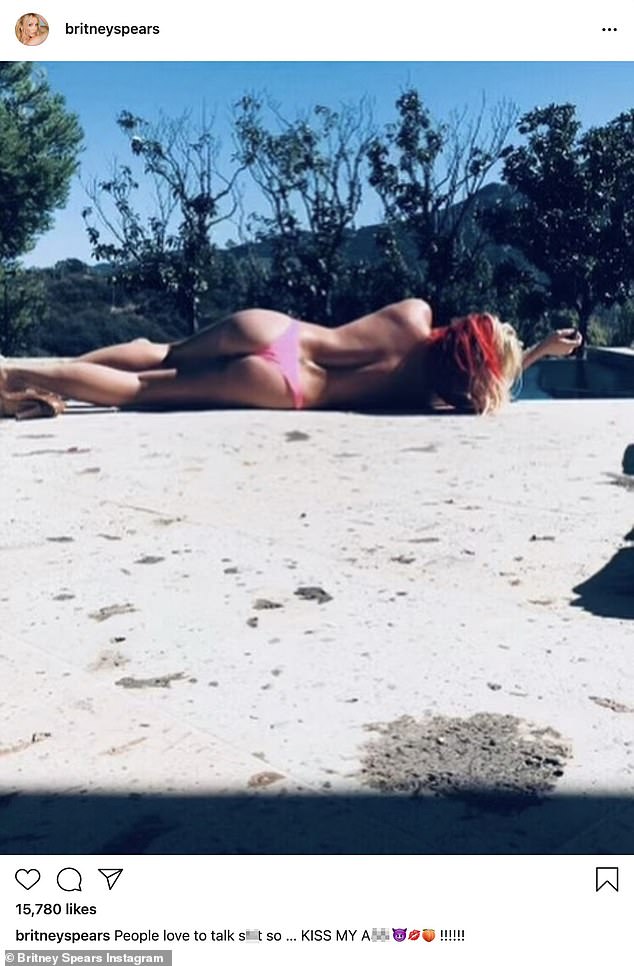 Kiss off! She responded to critics in typical fashion, posting a snap of her backside in a pink thong along with the caption: ‘People love to talk s**t so KISS MY A**!!!!!!’