Britons are set to flock to the beaches again as temperatures rocket to the mid twenties after weeks of rain.

Coastal areas are braced for another influx of tourists as the mercury rises to 79F (26C) and pubs open again after lockdown easing last weekend.

Most of the country is set to be dry with sunshine and warmer weather in southern areas this afternoon.

But it will be cloudier in the north with some showers as well as cloud and rain in Northern Ireland and western Scotland.

Coastal areas are braced for another influx of tourists as the mercury rises to 79F (26C) and pubs open after lockdown easing last weekend. Pictured: Paddleboarders in Wareham, Dorset 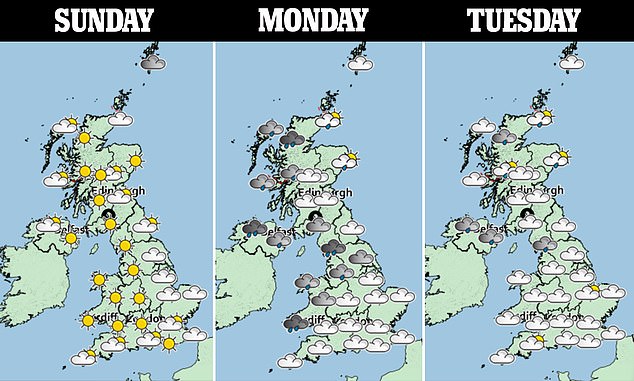 A Met Office meteorologist said: ‘It’s a chilly but bright start to the day on Sunday morning. Plenty of sunshine hanging on right the way through into the afternoon.

‘It will feel a bit warmer on Sunday as well, temperatures widely into the low 20s, we could see 24C in the south east.

‘It will be strong sunshine, the UV levels will be very high in places tomorrow so people should take care if they’re heading out.

‘Later in the day as we head towards the evening cloud will thicken across Northern Ireland and western Scotland.

‘That will bring some outbreaks of rain to end the day and that’s a sign of more changeable weather on the way as we head towards next week.’ 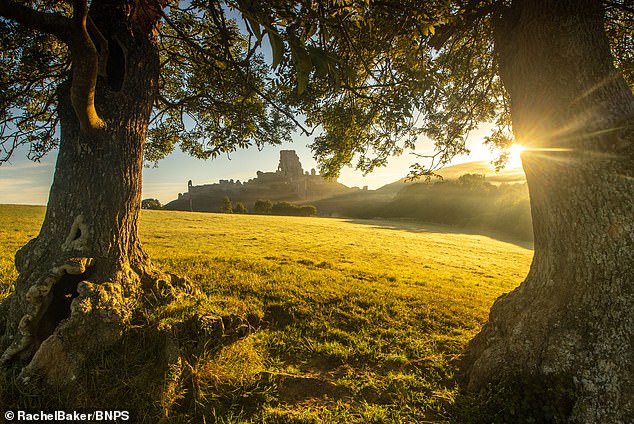 Most of the country is set to be dry with sunshine and warmer weather in southern areas in the afternoon. Pictured: Dorset this morning

Next week could see highs of 84F (30C) as a heatwave may sweep over Britain, marking an end to the cool and rainy deluge seen so far in July.

Weather maps show the country turning red with heat next week, with the south bearing the brunt of the warmer weather. The mercury will spike at a 84F (30C) next Sunday and continue in to Monday.

Netweather’s long-range forecast reads: ”High pressure will dominate the weather over much of the UK during the early to middle part of this week, and over England and Wales the weather will be predominantly dry and sunny, with temperatures above the seasonal average by day, but near average by night.

‘It currently looks unlikely that this high-pressure spell will bring any prolonged heatwaves, although a short-lived hot southerly or south-easterly incursion towards the very end of this anticyclonic spell is possible.

‘Late in the week there are indications that the spell of anticyclonic weather will break down from the west or north-west, turning the weather more unsettled, but it is expected to stay on the warm side.

‘Thunderstorms are possible during the breakdown but not guaranteed, as it is possible that we could see a largely thunder-free breakdown from the north-west.’ 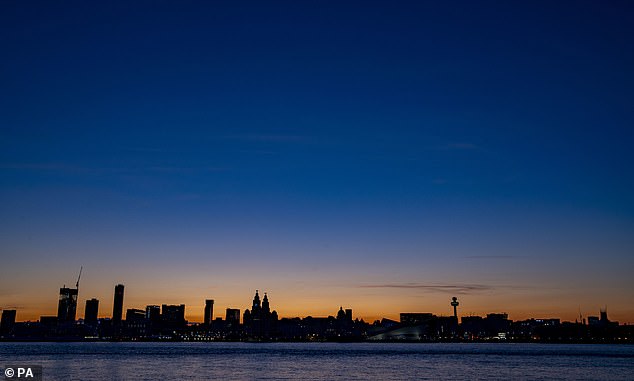 Next week could see highs of 84F (30C) as a heatwave may scorch Britain, marking an end to the rainy deluge seen so far in July. Pictured: Liverpool this morning

Yet July is still on track to be the coolest for 32 years as part of what forecasters have dubbed a ‘payback summer’.

July is on course to be the coolest since 1988, Met Office figures for the month so far show.

Rainfall is also close to double the normal so far, at 30mm in England and Wales, Met Office data showed.

Cool Atlantic winds and a lack of continental heat are blamed. June was one of the wettest for 89 years – wetter than all but eight Junes since 1931, with UK rainfall up almost 50 per cent at 106mm. 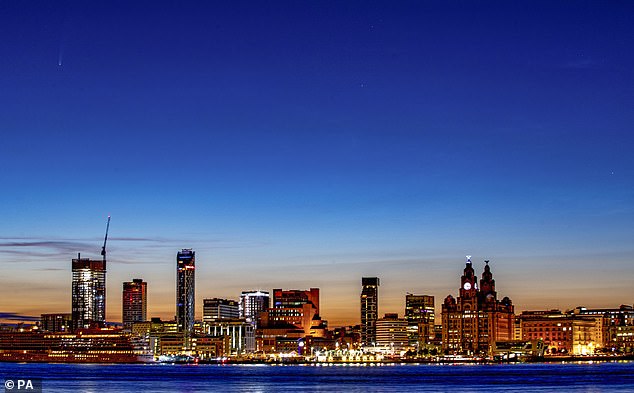 ‘Cool weather has dominated July. Even a promising St Swithin’s Day might not save summer.’

It’s a cooler reminder of what we should expect. There’s little evidence of prolonged scorching weather in the charts.

‘This week will be warmer than the autumnal week just gone – but towards the weekend may become wet as an Icelandic low pressure looks like drifting across the UK. And mixed summer weather will continue.’

A Met Office forecaster added: ‘Rain spreads on Monday, but the week is then dry especially for the South, with more unsettled conditions in the North at times.

‘The North’s rain and strong winds at times will possibly spread later in the period to July 24.

‘July 25 to August 8 sees temperatures around average, with any particularly warm weather most likely short-lived.’