A water company has warned customers not to spray their lawns and take four-minute showers rather than baths as the driest May on record raises fears of hosepipe bans.

Yorkshire Water has seen a spike in demand amid lockdown as it is set to become the driest May in 124 years, having only seen an average of 1.25in (31.8mm) of rain across the UK so far this month.

It has asked its three million households to voluntarily cut their water usage, urging people to turn the taps off when brushing their teeth.

Yorkshire Water has asked households to limit their water usage by not watering their lawns in driest May on record. Pictured, Lindley Wood reservoir near Otley, West Yorkshire, where water levels are unusually down on normal

Forecasters say that the total rainfall is unlikely to be added to significantly in the final few days of May.

Yorkshire Water said its reservoirs are lower than normal for the time of year and are currently around 75% full.

A spokesman said: ‘This good weather has meant we haven’t had much rain over the past few months and the levels of water in our reservoirs are lower than they normally would be.

‘We’re also seeing people use more water than they normally would. Life is very different at the moment and we’re spending more time at home and in our gardens watering plants, filling paddling pools and pressure washing outside areas.’

The Yorkshire Dales National Park has issued a fire warning as the dry spell has left ‘tinder dry grass and moorland’.

Chief executive David Butterworth said: ‘Nobody should be lighting fires or barbecues in the countryside and everyone should be taking their litter home to reduce the instances of fire.’

South East Water has also asked its 2.2million customers ‘to help us by taking simple steps, such as not watering lawns, reusing paddling pool water and only using dishwashers and washing machines on full loads to help make sure there is enough water for everyone’. 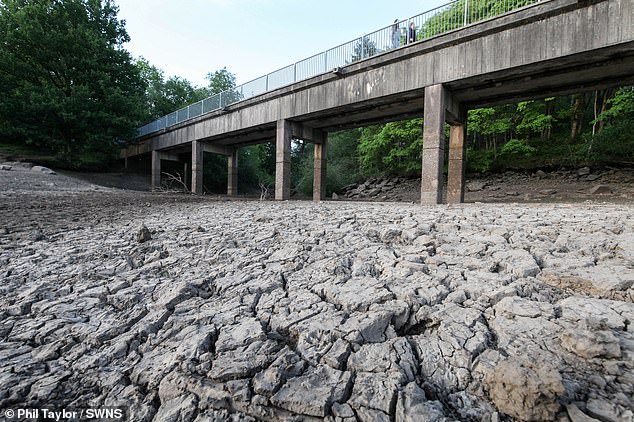 The UK has only seen average of 1.25in (31.8mm) of rain across the UK so far this month and is predicted to be the driest May in 124 years. Pictured, the dried-up reservoir in Bolton, Greater Manchester 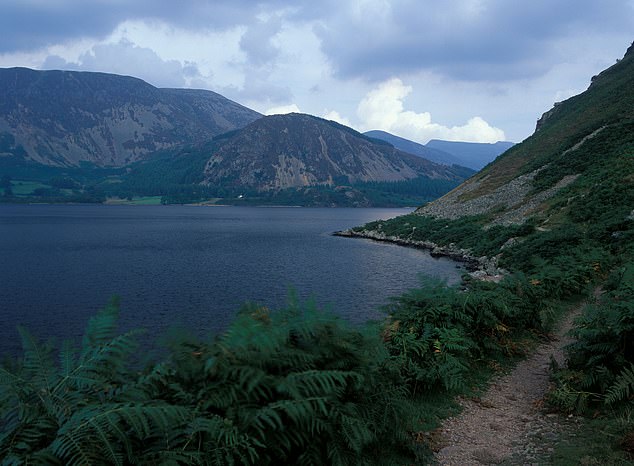 United Utilities, which supplies water to the North West, has applied for a drought order to take supplies from Ennerdale Water (pictured) in the Lake District to sustain west Cumbria supplies

In the South East there has been only 0.23in (5.8mm) of rainfall, making it drier than the Sahara.

United Utilities, the company which supplies water to the North West, has applied for a drought order to take supplies from Ennerdale Water in the Lake District to sustain supplies in west Cumbria and, if the dry weather continues, it is likely that further actions will be needed across a larger part of the region.

If water firms pleas to customers to voluntarily cut their usage fails, they can then apply to the Environment Agency for a hosepipe ban.

But the trade association representing water companies assured people that there are currently no plans to introduce a hosepipe ban.

A spokesman for Water UK said: ‘There are no plans for any hosepipe bans this summer.

‘It is always worth using water wisely, though, especially at the moment when people are spending more time at home. Taking a few simple steps to save water reduces the stress on the environment and the water network.’ 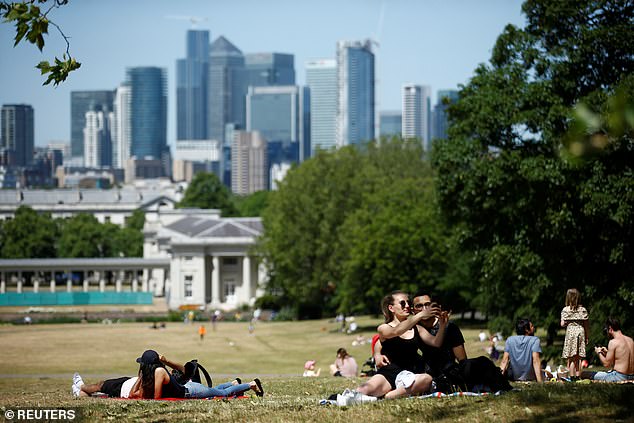 A spokesman for Water UK assured people there are no plans for any hosepipe bans this summer as fears rose in the South East, which has only seen 0.23in (5.8mm) of rain – drier than the Sahara. Pictured, sun-seekers in Greenwich Park, London

The Environment Agency said most water companies have ‘appropriate reserves’ and stressed its calls for people to use water wisely should not deter anyone from regular hand-washing as part of the fight against Covid-19.

It warned further measures may be needed in the north west if the dry spell continues.

An EA spokesman said: ‘We work closely with all water companies throughout the year to ensure their drought plans are up to date and activated as needed.

‘At this time, most companies across the country have appropriate water reserves for this time of year. While dry weather since late March has led to a decline in some reservoirs, this is not unusual during a hot and dry spell, and they can recover quickly when the rain returns.’

The Met Office is predicting some regions in the south of England will record the lowest May rainfall figures on record when the final statistics are collated on Monday.

Met Office spokesman Oli Claydon said: ‘May has been exceptionally dry. Some regions are on track to have possibly the driest May on record.’