Flights to Portugal have risen sixfold, but hotels have slashed prices as Britons plan a late summer getaway now the country is back on the UK’s ‘green list’.

Transport Secretary Grant Shapps announced yesterday that quarantine will not be required on return to the UK from Portugal, leaving travel companies expecting a surge in bookings over the coming days.

The country is traditionally one of British holidaymakers’ most popular destinations, attracting 2.1 million visitors a year, but has been banned during the lockdown.

However, with the doors opened and a Bank Holiday at the end of the month, airlines are looking to take advantage of soaring demand.

Flights to Portugal have risen sixfold, but hotels have slashed prices as Britons plan a late summer getaway now the country is back on the UK’s ‘green list’

There are 719 flights between the UK and Portugal before pupils return to school next month, with a total seat capacity of nearly 128,000, according to aviation data analysts Cirium.

Average fare prices to Faro – the airport used by holidaymakers heading to the Algarve – rocketed from just £35 to £190 in the hours after Mr Shapps’ announcement yesterday.

Google searches by MailOnline also showed one BA round trip from London to Faro, leaving this Saturday – the day the quarantine rule is lifted for Portugal – and returning next Saturday – costing £1,069.

Prices from London to Faro have also spiked for travel this Sunday, while flights to Lisbon, another popular city break destination, have also rocketed since the announcement, from around £55 to £185, according to Google.

One exasperated holiday-hopeful said on Twitter: ‘And instantly the holidays prices go up to Portugal!’

However, Portuguese hotel companies, desperate to fill rooms after a summer of lost takings, have kept prices low in a bid to attract sun-seeking tourists.

Only 32.6 per cent of the Algarve’s hotel rooms were booked last month, the worst rate ever for the month of July, according to data seen by the Telegraph.

One hotel in Madeira is available for £90 a night next week, but typically costs between £91 and £146 for similar dates.

Despite the easing of some restrictions, industry leaders warned of dark times ahead.

Average fare prices to Faro – the airport used by holidaymakers heading to the Algarve – rocketed from just £35 to £190 in the hours after the announcement was made by Transport Secretary Grant Shapps today. Pictured: A Google price chart showing how prices on flights to Faro on Sunday have rocketed today

Flights from London to Lisbon on Saturday have also rocketed, from around £50 to £181

Christopher Snelling of the Airport Operators’ Association said: ‘The removal of the quarantine for Portugal is welcome, but the re-introduction of blanket quarantine measures to a further tranche of nations reinforces the significant and continuing challenge facing the aviation industry.

‘Our airports are facing pressures that were unimaginable six months ago and the Government must work urgently with the industry to introduce regional travel corridors to low-risk areas and agree financial measures that support our airports, who have already lost over £2billion since the start of the pandemic.’

Portugal has seen the number of coronavirus cases drop by 45 per cent over the past month, with 14.4 cases per 100,000 people in the last seven days – well below the government’s threshold of 20 cases.

It comes as Mr Shapps warned holidaymakers to ‘only travel if you content to unexpectedly quarantine’, after he himself was caught out, as Austria, Croatia and Trinidad were added to Britain’s no-go list.

Referencing his own experience, in which he was left facing a two week quarantine when his department suddenly added Spain to the quarantine list in July, Mr Shapps warned any air bridge could be axed at short notice.

‘If you arrive in the UK after 0400 Saturday from these destinations, you will need to self-isolate for 14 days.

‘Data also shows we can now add Portugal to those countries INCLUDED in Travel Corridors.

‘As with all air bridge countries, please be aware that things can change quickly. Only travel if you are content to unexpectedly 14-day quarantine if required (I speak from experience!)’

Portuguese travel chiefs welcomed the move yesterday as ‘useful for all those who travel between Portugal and the United Kingdom’. 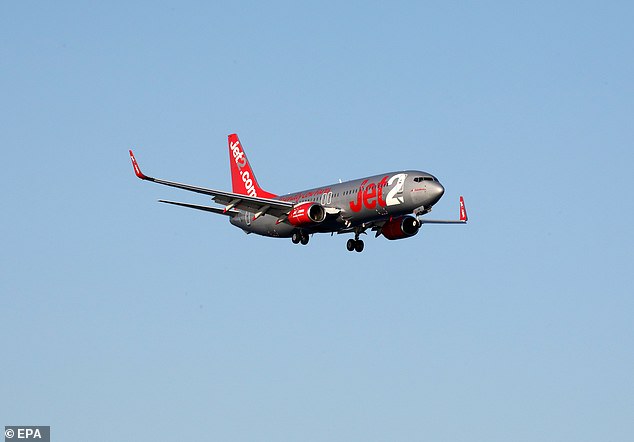 Holiday firm Jet2.com and Jet2holidays said it will resume its flights and holidays programme to Faro, in Portugal’s Algarve, from Monday

‘It allowed for an understanding that the situation in the country has always been under control, with Portugal standing as one of the European countries with more tests, fewer deaths and fewer hospitalisations.’

Meanwhile, consumer group Which? said the change in rules for Portugal was ‘likely to come too late to help many struggling holiday companies’.

Which? Travel editor Rory Boland told the BBC that the government had ‘now made it clear that countries can be removed or added from the travel corridor list at a moment’s notice’.

He said: ‘That policy currently makes it too risky for anyone who is not able to quarantine for 14 days on return to travel anywhere abroad.’

‘Yet, those holidaymakers who want to heed the government warning to not undertake non-essential travel to Spain, France and now Croatia and Austria are finding it increasingly difficult to claim a refund.

He added: ‘The addition of Portugal is likely to come too late to help many struggling holiday companies who are at the point of collapse, as summer trips have already been cancelled.’

Following the announcement, holiday firm Jet2.com and Jet2holidays said it will resume its flights and holidays programme to Faro, in Portugal’s Algarve, from Monday.