Britons moan about the weather two hours every week

The average Briton spends ten months of their adult lifetime moaning about the weather, a survey suggests.

Our national obsession with whether we need a brolly or a t-shirt means we spend an average of two hours a week – the equivalent of nearly five days a year – complaining about the climate.

We check the forecast eight times a week, discussing the outcome with a partner and work colleagues at least five times on average, according to the poll. 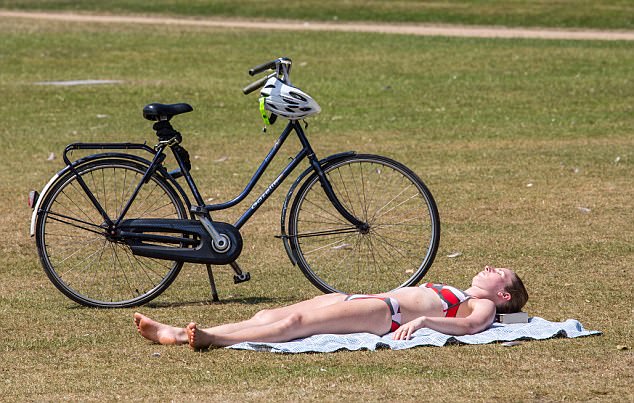 Even when the sun makes an appearance, many of us still find something to moan about, with almost half (49 per cent) complaining when the weather is too humid and 46 per cent moaning when it’s too hot.

One in ten Britons (12 per cent) say the UK’s weather leaves them feeling ‘utterly depressed’, while 20 per cent moan that it makes planning social events difficult.

But a philosophical 58 per cent say there’s nothing they can do about it so there’s no point in stressing about it.

Almost half of those questioned (44 per cent) think this year’s summer was a complete wash out, with many claiming to have been cooped up inside for days over the summer months.

This summer we endured three failed walks in the country, one abandoned BBQ and two cancelled day trips, wasting £149 on cancelled events, wasted food and clothes we never got to wear, according to the poll of 1,500 Britons for Tetley.

Almost four in ten (39 per cent) have taken issue with it being too windy, while 34 per cent say the sunshine makes them sweat too much.

Of those quizzed, 61 per cent insist that summers are not as good as when they were young, while a further 65 per cent said Britain simply doesn’t get enough sun.

And 69 per cent said as a nation we would be happier if we enjoyed a Mediterranean climate like that of the South of France or on the Italian coast but, in true British style, a hopeful 56 per cent said they are confident that next year will be the best summer ever.

Psychologist Honey Langcaster-James said: ‘Getting regular exercise has been proven to help boost mood and reduce symptoms associated with depression, so it’s more important than ever during the winter months to make time for exercise.

‘On a smaller scale little touches like using a bright light box, designed to mimic dawn with bright sunlight early in the morning to wake you up naturally, as well as summertime scented bath products and toiletries can help evoke that summer feeling.’