Too hot to sleep! Twitter outrage boils over as Britain swelters under the sheets amid temperature that was still 73F at midnight

Britons have raged at unbearable nighttime temperatures following a record-breaking day of sunshine that saw the mercury boil over 90F for the first time this year.

London Heathrow hit 90.5F (32.5C) at 3pm yesterday, as thousands descended on beaches and parks across the country to soak up the sun.

The Met Office even had to issue a Level 3 heat alert to warn shoppers that long queues in the sun may cause heatstroke.

But as nighttime fell, temperatures refused to drop below 68F (20C) for much of the south of England, causing dozens outrage from dozens of people unable to sleep. 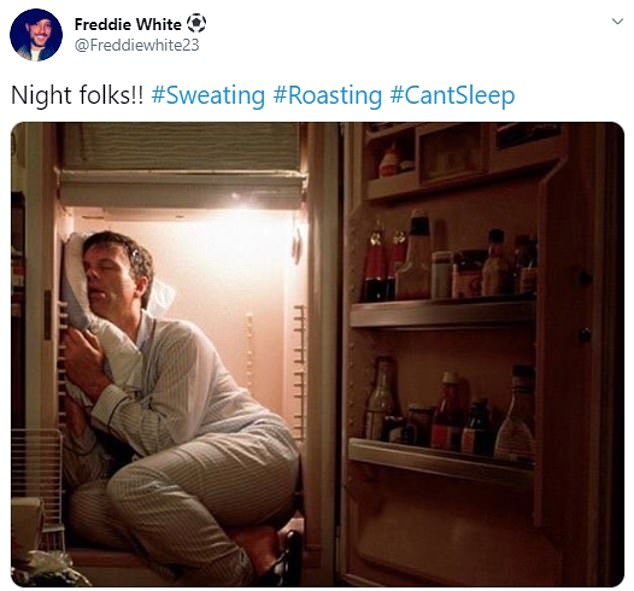 Parts of central London recorded 73.4F (23C), and Heathrow only dropped to 71.6F, the peak daily temperature only a few days ago.

Lindsey Lyons wrote on Twitter: ‘It’s 5:30am and my room is already a sauna.’

Freddie White jokingly posted a picture of someone sleeping in a fridge with the caption ‘night folks! #sweating #roasting #cantsleep’.

Another commented they were ‘glad to single’ because they could ‘spread out on the bed, no sweaty hot body next to me and fan directly on me.’ 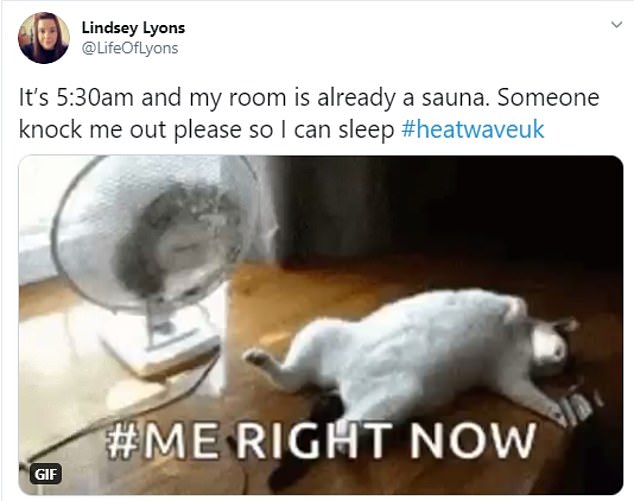 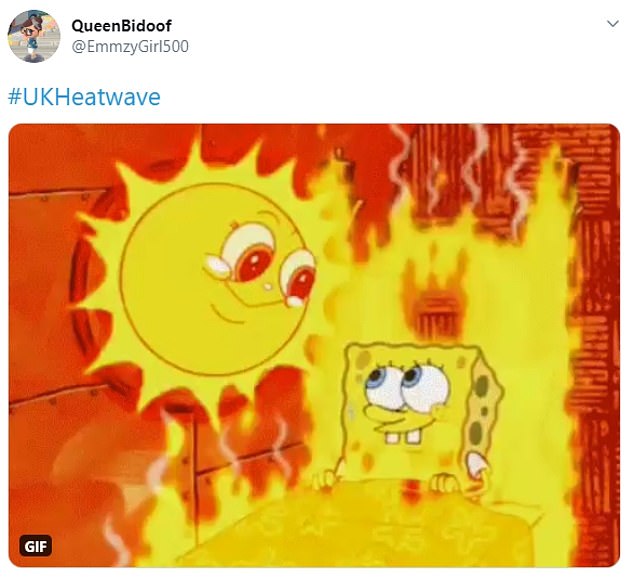 It is believed high humidity and low wind speeds caused the overnight meltdown in cities, while the countryside saw a much more bearable drop off in temperatures.

Thursday could become the hottest day of the year, with temperatures expected to climb in the Midlands and Wales but thunderstorms are expected to form across the west of the UK in the afternoon, bringing heavy rain, lighting and hail. 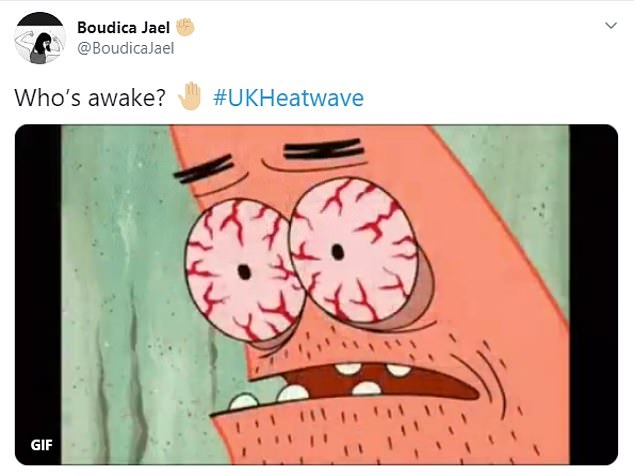 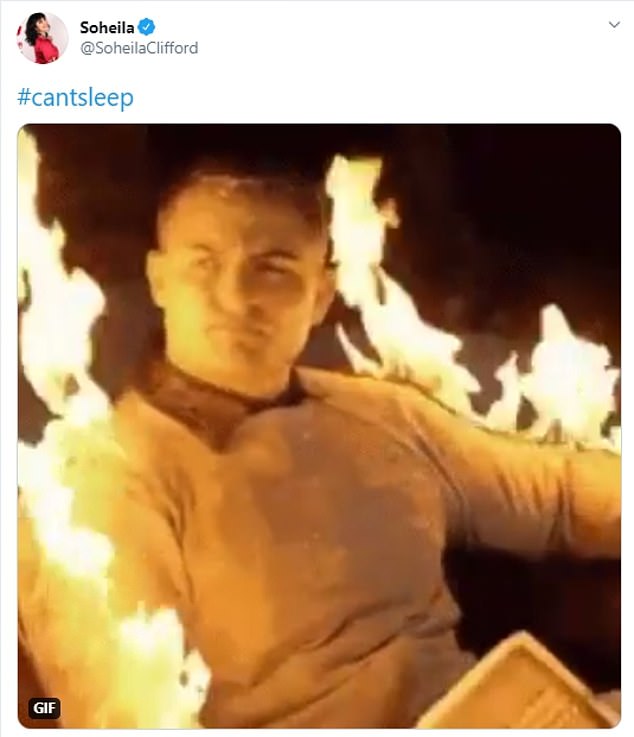