The wife of Brittney Griner said she ‘couldn’t let her go’ during an emotional reunion on the tarmac after the basketball star was released from Russia in a prisoner swap.

Cherelle Griner, 30, held her wife, 32, extra close after she emerged from the plane following 294 days separated.

‘I was just holding on tight. I couldn’t let her go,’ she told People magazine. ‘I couldn’t stop touching her face. I was like: “Is this really you?” It did not feel real. It was chilling.’

Brittney was arrested on February 17 after she was taken into custody for carrying a vape pen that contained hash oil. She was in the country playing for the Russian Premier League team UMMC Ekaterinburg during her offseason.

Cherelle Griner, 30, held her wife, 32, extra close after she emerged from the plane in San Antonio following 294 days separated (pictured) 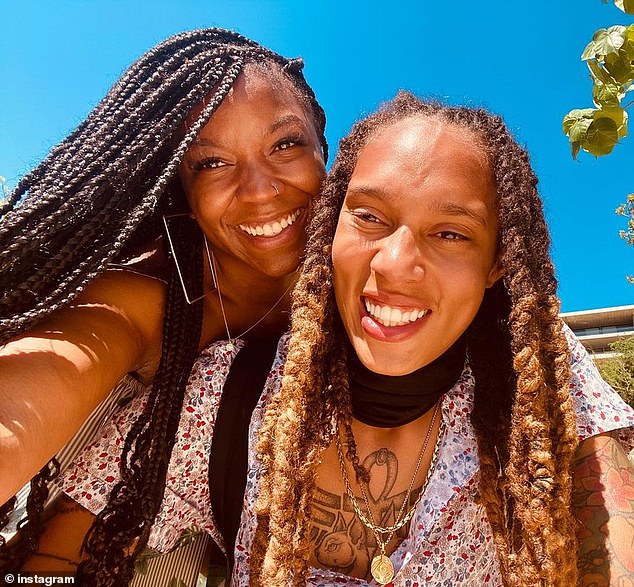 ‘I was just holding on tight. I couldn’t let her go,’ Cherelle (left) said. Brittney (right) was arrested on February 17 after she was taken into custody for carrying a vape pen that contained hash oil and she was sentenced to nine years in a Russian prison colony

She was sentenced to nine years in a Russian prison colony and was released in a prisoner swap with Viktor Bout – a man so violent he inspired the movie Lord of War and is nicknamed the ‘Merchant of Death’ – on December 9 after nearly 10 months in custody.

‘We were both just instantly crying,’ Cherelle told the magazine of the moment she saw her wife through the plane’s window. ‘I was standing there full of tears and someone ran over and handed me a handkerchief. I definitely needed it.’

Before Cherelle could see her wife, a medical team had to quickly evaluate the WNBA star.

‘Those seconds couldn’t go by fast enough,’ Cherelle, who completed her law school degree while Brittney was in custody, told People.

Cherelle spent nearly 10 months fighting to get her wife back and refused to be quiet, even after the Biden Administration told her they would ‘handle it behind the scenes.’ 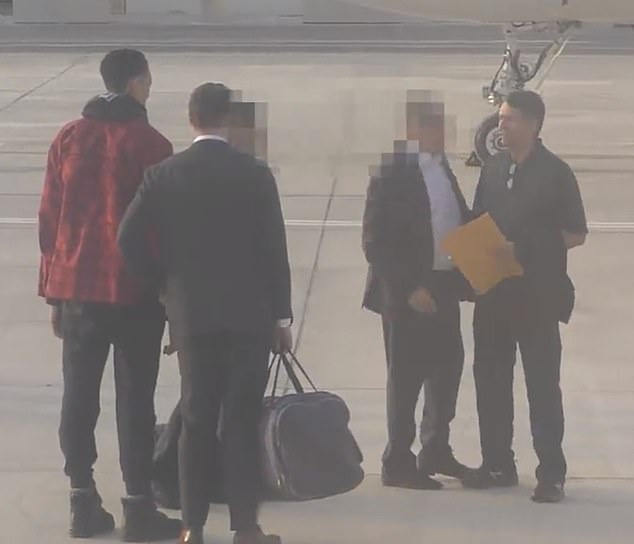 On December 9, after nearly 10 months in custody, she was exchanged in a prison swap (pictured left in the red) for Viktor Bout 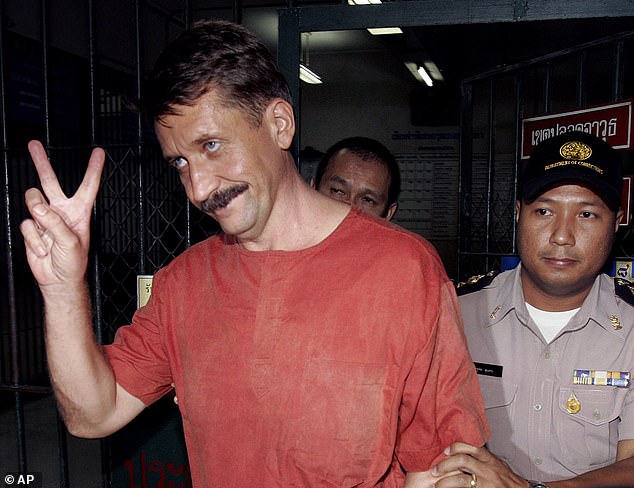 Despite her outspoken advocacy, said she was ‘hopeless a lot of days,’ but managed to keep her head up and ‘never completely give up hope on my wife’s life.’

Her pocket of hope expanded when she entered the Oval Office on December 8 and was told Brittney was on a plane heading back to San Antonio, Texas.

‘I had thought about that moment a thousand times, and I thought I would be full of tears, but I was overwhelmingly happy,’ she told People. ‘It was the first time I was able to finally exhale, and I’m like: “Oh, thank God, this is such a great day.”‘

The couple has since returned to their Arizona home after Brittney underwent two days of medical observation in Texas.

Despite the many sleepless nights, the couple said they don’t mind losing a few more as they spent most of their time talking and getting to know each other again and learn about each other’s individual journeys through this ordeal.

‘The first night, we didn’t sleep at all,’ Cherelle said. ‘We just talked all night long and all morning. And it was so good to be able to do it without three weeks in between the conversation, because for 10 months we were passing letters. It was great to have that dialogue back and forth.

‘It’s unfortunate that those 10 months happened without us being able to be side-by-side,’ she continued. ‘But it happened, and we’re embracing the fact that we now get to learn each other’s story through that time.

‘So we’re taking it slow. We are not doing it all at once. But we are honoring the fact that I went through something that was really hard and difficult without BG’s awareness, and vice versa. Day by day, we’re just feeding a little bit to the soul and understanding each other’s journey so we can actually start walking together.’

Cherelle said she is used to many sleepless nights after spending all these months only being able to talk to the basketball player’s lawyers at night due to the time difference.

‘Every night, that’s the only time I could talk to her attorneys and I could handle things, anything related to Russia. And so I just hadn’t slept,’ she told the magazine.

She is now looking forward to their ‘new journey’ and ‘trying to figure out how we blend back as one.’

‘My family’s whole, I have my person, and so I feel the most supported and safe and secure as I’ve ever felt in life. But it’s very overwhelming,’ she confided in the magazine. 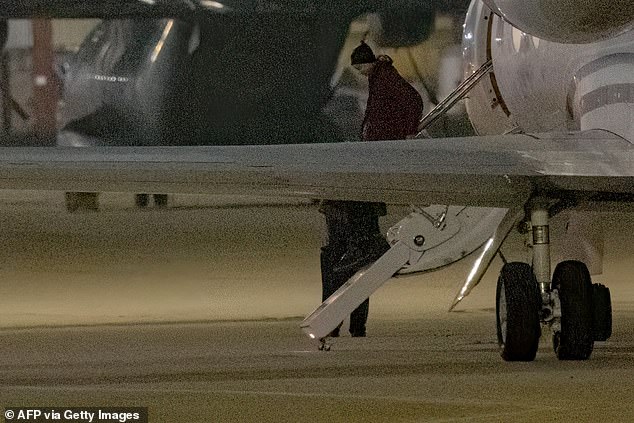 Brittney (pictured on December 9) had to be checked by a medical team prior to being let off the plane, to which Cherelle said the ‘seconds couldn’t go by fast enough’ 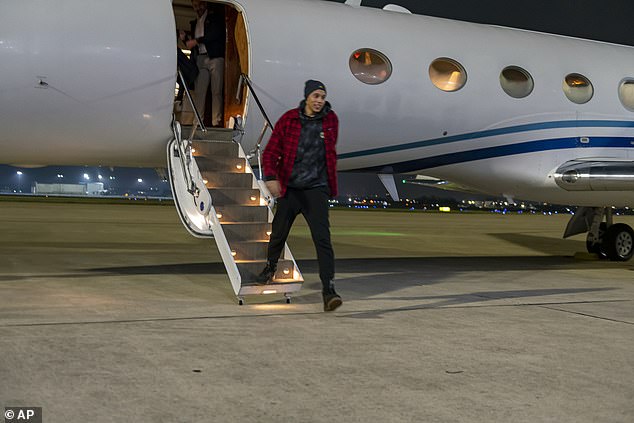 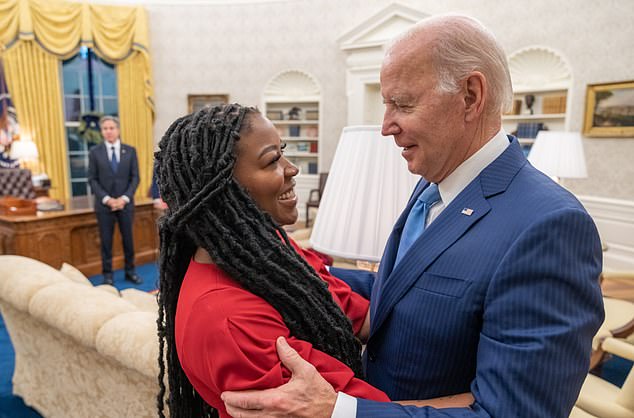 Since completing law school and fighting endlessly for her wife’s release, Cherelle is now moving away from teaching into law and is hoping to help other families with detainees overseas.

The now-lawyer said she wasn’t even aware of the issue until it happened to her own family and didn’t ‘realize how voiceless the issue’ was. More than 60 Americans are currently detained abroad and their families continue for their release.

‘I was 29 when Brittney was detained, and that’s when I found out that it was even a real thing. That shouldn’t be the case,’ she said. ‘I should have known about that before, which means we need more voices around this issue. My story came full circle. But there’s so many other Americans, their story is not full circle.

‘And so it’s changed everything about what I thought I was going to do career-wise.’

One prisoner still trapped in Russian is former Marine Paul Whelan, who many advocated should be released alongside Brittney. He’s been detained in the country since 2018 when he was arrested for alleged espionage while attending another Marine’s wedding. 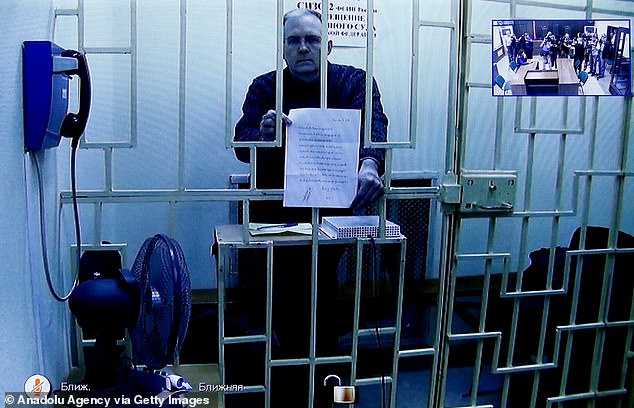 Many thought fellow American Paul Whelan (pictured) would also be exchanged alongside Griner, but he was not. He has since said he is ‘disappointed’ that his released wasn’t secured, ‘especially as the four-year anniversary of my arrest is coming up,’ he said 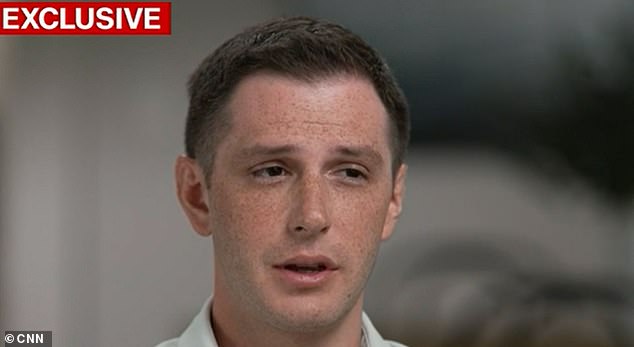 Republicans have accused President Joe Biden of favoring celebrities over veterans, as Whelan is left to languish in prison on espionage charges that his family and the US government say are baseless.

‘I am greatly disappointed that more has not been done to secure my release, especially as the four-year anniversary of my arrest is coming up,’ Whelan told CNN in a phone call from the remote Russian penal colony where he is serving a 16-year sentence. ‘I was arrested for a crime that never occurred. I don’t understand why I’m still sitting here.’

Whelan said he hoped Biden and his administration ‘would do everything they could to get me home, regardless of the price they might have to pay at this point.’

‘My bags are packed. I’m ready to go home. I just need an airplane to come and get me,’ he said. ‘It’s quite obvious that I’m being held hostage.’

However, US Secretary of State, Anthony Blinken, said they didn’t have a ‘choice of which Americans to bring home.’

‘The choice was one or none,’ he said.

Paul’s brother David, who has been fighting for his sibling’s freedom since 2018, said: ‘It’s hard to keep up your hope year after year. It’s hard for Paul.’ 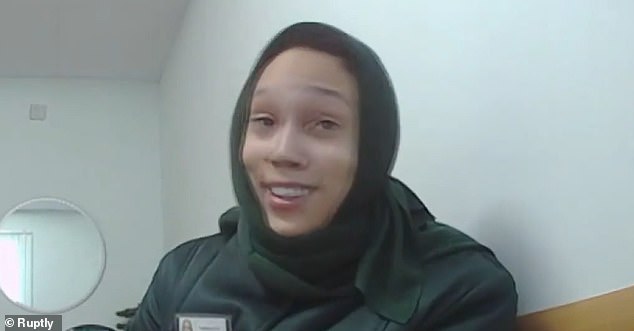 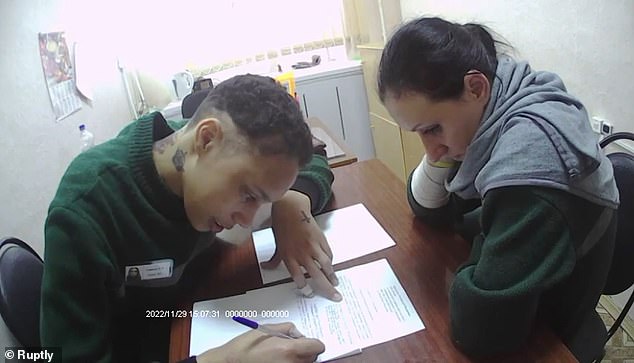 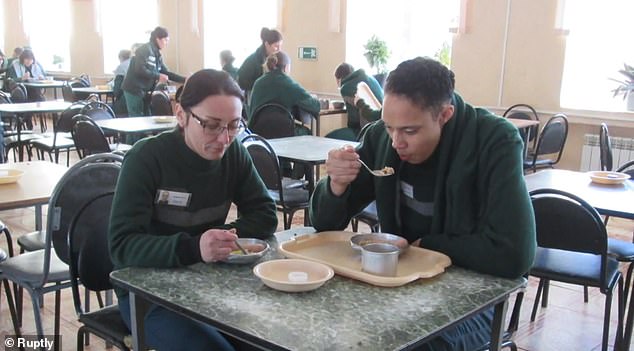 A Texas Marine, Trevor Reed, 31, was freed from Russia in a prisoner swap in April after being arrested in the country in 2019. He claimed he was kept in a jail cell with several mentally-ill prisoners who were convicted of serial-killings and sex crimes.

‘You can’t ignore it,’ Cherelle said. ‘We understand how patriotic President Biden’s move was to get BG home. We understand how important that is for future negotiations because we should all be willing as a country to bring people back one-by-one, making families whole.

‘Saying the names of Americans wrongfully detained plays a big piece in getting them home. We have to say their names, we have to write them, we have to keep pressure on our government to do hard things in negotiations.’

As for the couple, they’ve been focusing on bringing back their holiday tradition, like a cookie baking contest and watching Christmas movies nightly, as they continue to heal.

‘BG’s [cookies] actually turned out better than mine last year. I have to redeem myself,’ Cherelle told People.