Broncos CUT Melvin Gordon after the veteran running back coughed up the ball on the 1-yard line in Sunday’s loss to the Las Vegas Raiders, bringing his total to five fumbles in 10 games

Two-time Pro Bowl selection Melvin Gordon has been released by the Denver Broncos amid a wave of fumbles for the veteran running back.

The 29-year-old has fumbled five times this season, two of which were recovered by the defense.

Gordon fumbled at the 1-yard line before halftime of Denver’s 22-16 overtime loss to the Las Vegas Raiders on Sunday. The Broncos recovered, but he appeared to lose carries to Chase Edmonds in the second half.

Afterwards, Gordon insisted that his fumble was not the reason for the loss.

‘I don’t think that’s the reason we lost the game because we recovered it but it definitely didn’t help,’ Gordon told reporters. ‘When I do stuff like that I put myself on a short leash. I get taken out of the game. But I can’t be mad at anybody but myself.’

The former Wisconsin Badgers star was drafted 15th overall in the 2015 NFL Draft by the San Diego Chargers before signing in Denver before the start of the 2020 campaign. He had his best season with the Chargers after the team moved to LA in 2017, rushing for 1,105 yards and eight touchdowns. 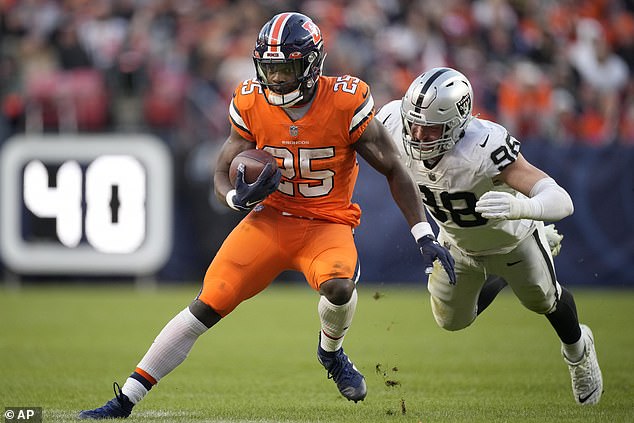 Denver County Court Judge Olympia Fay announced the decision to drop the DUI charges against Gordon ‘due to evidentiary concerns’ because of procedural issues with the October 13, 2020 traffic stop.

As District Attorney Mary Krefnzen explained, according to local station KUSA, ‘based on issues with the stop in this case that would have led to some likely suppression [of evidence] issues, the People cannot prove a… driving under the influence case beyond a reasonable doubt.’

The NFL still had the right to suspend Gordon, but they were not be able to see the results of his blood-alcohol test, making it impossible to prove he was drunk.

Gordon could be an attractive late-season pickup for a team lacking depth at running back ahead of the postseason. 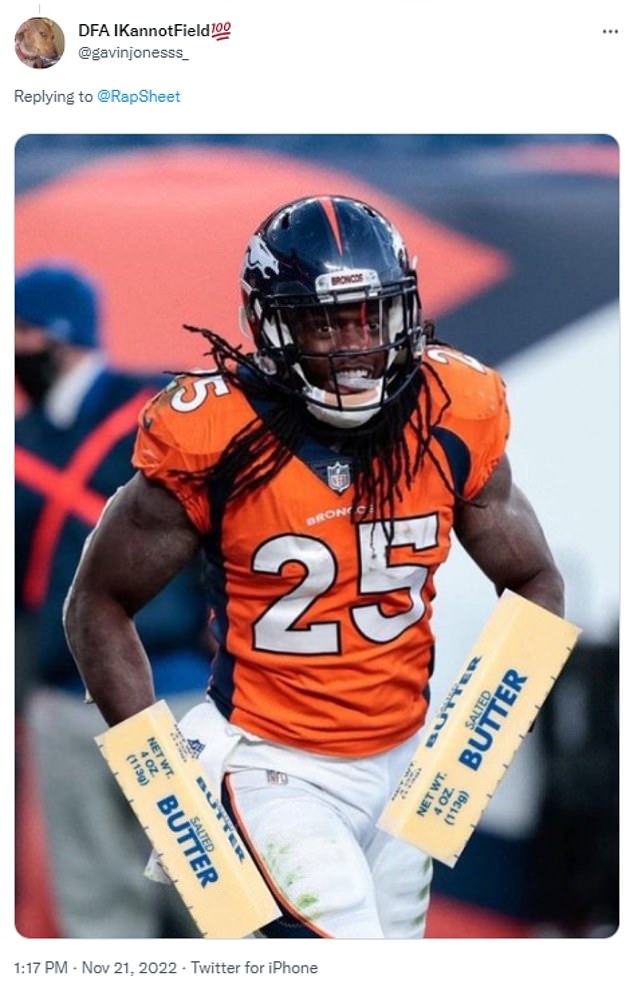 Some fans poked fun at Gordon on social media, accusing him of having butter fingers