Phillip Lindsay enjoyed an unusual rookie season in Denver, living with his parents and playing well enough to earn a Pro Bowl nod

Denver Broncos running back Phillip Lindsay is unlike most NFL rookies.

For starters, he was named to the 2018 Pro Bowl, becoming the first undrafted rookie in league history to receive such an honor. But perhaps more remarkably, the 24-year-old Denver native and former University of Colorado star has gone from a relative unknown to one of the NFL’s brightest young stars, all while living at home with his parents.

As reported by veteran NFL writer Dan Pompei for Bleacher Report, Lindsay has lived in the same house since he was four-years old, besides the four years he spent playing collegiately at Boulder.

Over that time, Phillip and his brothers all played for father Tony, who coached at South High School. In fact, Phillip actually broke his father’s Denver Public Schools career record for rushing yards during his high school days.

However, it was his mother, Diane, who convinced Phillip to stay local and sign with the Broncos after he went unpicked in the 2018 NFL Draft.

‘Phil, I feel you need to stay home,’ she told Phillip, as reported by BR. ‘I feel like Denver is the right spot for you, and you will excel.’ 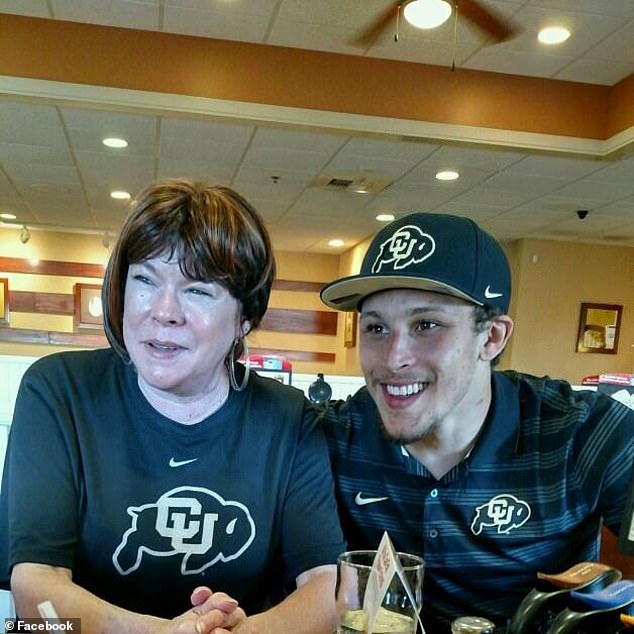 A licensed counselor, Diane Lindsay (left) convinced her son Phillip (right) to sign with the Denver Broncos after he went undrafted out of the University of Colorado at the 2018 Draft 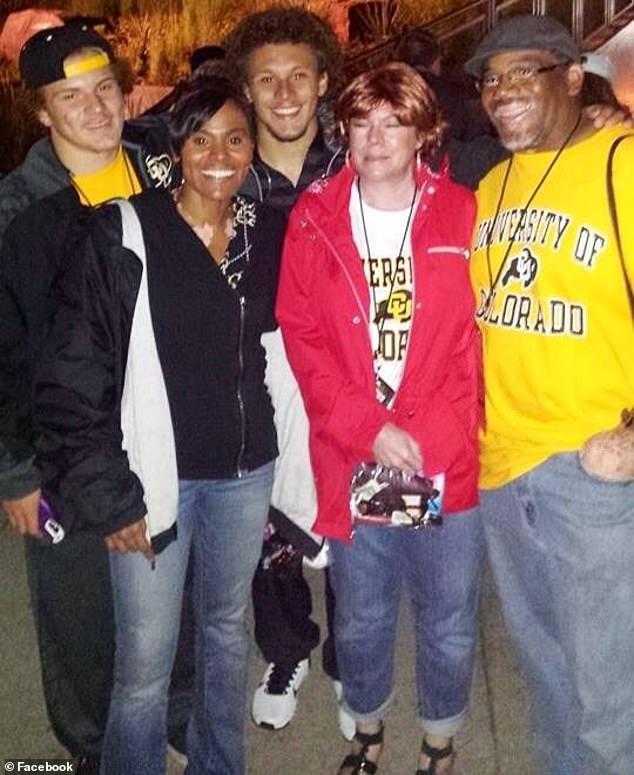 Diane Lindsay (near right) and her husband Tony (far right) have been close to their son Phillip (center) while he played high school, college, and professional football 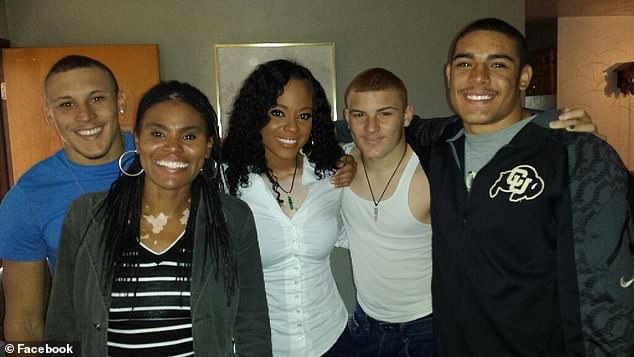 That choice might seem obvious now – particularly after he became one of only three undrafted players in NFL history to rush for over 1,000 yards in his rookie season – but Phillip was being courted by a handful of teams following the draft, so he had other options.

Typically rookie free agents are quickly scooped up in the wake of the draft to fill out NFL rookie minicamp rosters. A select few are usually good enough to make the team while others go unsigned or join one of the NFL’s practice squads before the season starts.

The problem with Denver was that the team had drafted two running backs while Phillip was going unpicked, so he knew he would be buried on the depth chart from Day 1.

But even if he had a better chance to get playing time in other cities, Mrs. Lindsay proved to be very influential.

And since Broncos and the Baltimore Ravens each guaranteed Phillip only $8,000 to accept their training camp invitation, staying in his parents’ basement made more financial sense for Phillip. (Lindsay eventually signed a deal that paid him $480,000 for his rookie season)

‘I listened to my mother about it mainly because I would get to stay home and be at the house,’ he told BR. ‘If I didn’t make the team, at least I’m home. I didn’t have to find my way back home. I thought, Baltimore, damn, every time I go out the door, I’m going to get robbed. I never really have been out of the state. To be someplace I didn’t know anything about would be kind of hard.’

But Phillip wasn’t necessarily thrilled to be going to Broncos camp.

After having a solid workout for the Broncos during the draft process, Phillip thought he was more than qualified to be drafted by the team. And even though he grew up rooting for Denver (as an eighth grader he got an autograph from current teammate Demaryius Thomas), Phillip had a message for the team’s general manager and former franchise quarterback John Elway: ‘I’m coming.’

‘Mark my words,’ Phillip told BR of his conversation with Broncos management, ‘when I get there, and we are done, I’m going to be the starting running back.’

Phillip dazzled at rookie minicamp, then the team’s minicamp, and then training camp later that summer, according to Broncos linebacker and All Pro Von Miller.

‘He was like the fourth running back on the roster,’ Miller said of the team’s minicamp. ‘The first play he’s on the field, they threw him a screen, and he takes it the distance. The second play, he takes a slash play the distance.

‘This guy’s a player,’ Miller continued. ‘It was instant. Then training camp came, and it was more, more, more. Every single day, he reassured me he was the guy we needed.’

Since then, Phillip gained a remarkable 1,037 rushing yards before suffering a season-ending wrist injury in a Week 16 loss in Oakland. And perhaps more impressively, he was given permission to wear No. 30 by former Broncos running back Terrell Davis, the man who wore that shirt en route to the Pro Football Hall of Fame in Canton, OH.

There’s even a GoFundMe page to pay for his Pro Bowl travel expenses, although it’s not certain he will go to Honolulu given the fact that he’s injured. (The page stipulates that Phillip can give the donations to a charity of his choice instead)

Staying at home served other purposes besides saving rent money for Phillip, who has ‘Family First’ tattooed on his chest.

Yes, Diane still washes his clothes and picks up after him, but Phillip also helps his mother, who has battled an autoimmune disease since he was born in 1994. Often Phillip helps her put shoes on, handling laundry, and also helps to set the table when her life grows painful.

Outside of buying new beds for his parents and siblings, Phillip has not made any large purchases since signing his rookie deal. Should he continue improving, a much larger contract could be in his future, but as he told BR, that is far from his only concern.

‘Money comes and goes,’ he says. ‘But having love for each other, that will never end.’