Bronx woman found dead on sidewalk with pants pulled down

A woman has been found dead on a sidewalk with her pants pulled down and her blouse pulled up in a suspected drug overdose case.

Taina Lacend, 23, was found dead on the scene with her clothes in disarray in a quiet residential section of Brooklyn’s Midwood neighborhood at around 6.30am on Thursday.

She had blood coming out of her mouth and nose and may have died of an overdose, police sources told the New York Daily News.

The body was discovered outside the garage of a home by residents who immediately called 911.

Taina Lacend, 23, was found dead on the scene with her clothes in disarray in a quiet residential section of Brooklyn’s Midwood neighborhood at around 6.30am on Thursday

Neighbors said they didn’t hear any commotion, and suspected the body had been dumped there.

Surveillance video from nearby homes shows a van stopping briefly at the place where the woman’s body was found shortly before it was discovered, according to PIX11.

Although the area is not known as a criminal hotspot, there is a tree-lined stretch of street a half-block away were people often park to engage in criminal activities, residents said. 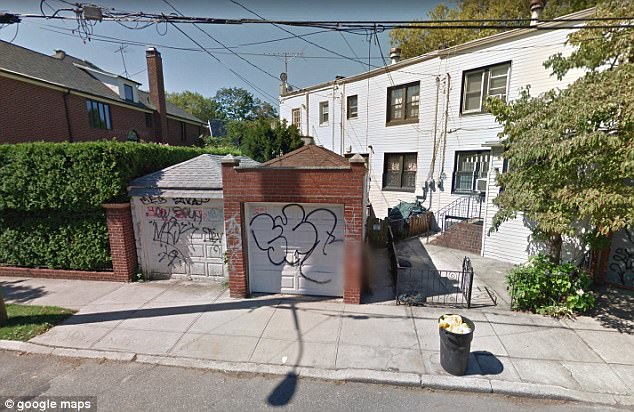 Lacend lives in the Tremont neighborhood of the Bronx, 24 miles from where she was found dead.

She spent most of her teen years in and out of foster care, her foster mother Regina Mackins told the Daily News.

Mackins said she wouldn’t be surprised if an overdose had killed Lacend.

‘Taina was really bubbly. She never disrespected me, she was the sweetest thing to me,’ said the foster mother.

‘But she liked the street. She liked to hang out with trouble.’