On Friday, the Pretty Baby star attended the annual concert at Madison Square Garden in New York City with her two daughters Rowan, 19, and Grier, 16.

Ahead of all the festivities on the stage, Shields, 57, stepped over to the red carpet to strike a few poses decked out in black leather pants and a red shoulder-less top that came complete with a box in the back and train.

She also donned a pair of black stiletto boots and accessorized with a couple of bracelets and a golden clutch box.

Rounding out her look, the actress and model went with a bold red lipstick and had her dark brown tresses styled long down to the bottom of her back with some soft waves.

After a few solo poses, the proud mom ushered her young ladies into the mix for a few photos. 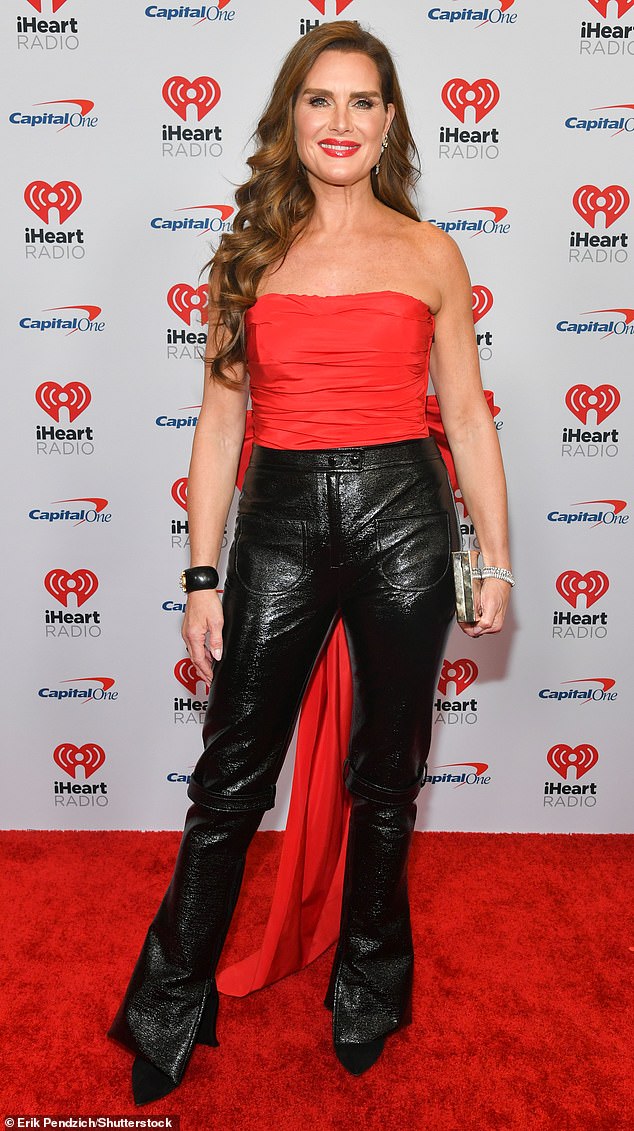 Youthful: Shields sizzled in black leather pants and a red top with a bow and train

Stylin’: The former Suddenly Susan star’s top had a bow and short train in the back

Following in her mother’s lead, Rowan also went with black and red ensemble, only her pants appeared to be a sequin style, which she paired with a red blazer.

She opted for a sexy touch by going shirtless, wearing only a stylish black bra underneath.

The second year student at Wake Forest University in North Carolina also rocked black leather boots, and had her red locks pulled back into a tight ponytail.

Younger sister Grier, an aspiring model, opted for funky ensemble in a black and white-patterned suit.

She wore the blazer open to reveal that she too was only wearing a black bra underneath.

In keeping with her youthful look, she wore white and gray sneakers, and had her reddish locks pulled into a ponytail. 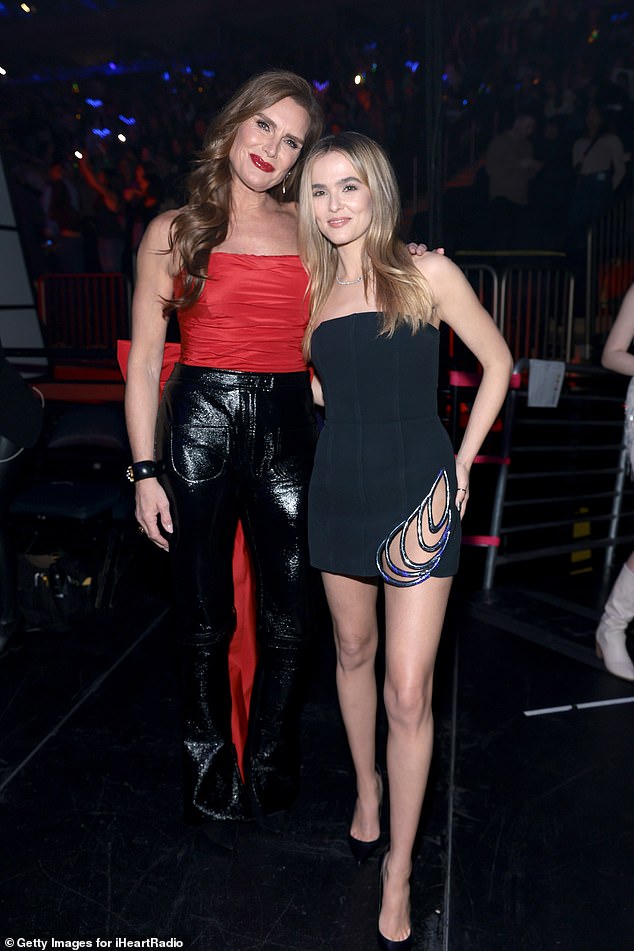 Catching up: Later in the evening, as the show was in full mode, Shields chatted it up with actress Zoey Deutch, who was looking sexy in a black minidress and matching heels

Later in the evening, as the show was in full mode, Shields chatted it up with actress Zoey Deutch, who was looking sexy in a black minidress and matching heels.

The 28-year-old daughter of actress Lea Thompson and director Howard Deutch had her locks blonde and flowing well past her shoulders with a part in the middle.

About two weeks ago, Shields got into the holiday spirit when she posted the cover of Hamptons magazine on her Instagram page, which showed her posing with her daughters and beloved pet pooch Pepper.

’tis the season for family and gratitude. Loved doing this shoot for @hamptonsmag… and I loved my girls (and Pepper!) being there with me even more,’ she gushed in the caption.

The Suddenly Susan alum shares her girls with her husband of more than 21 years, Chris Henchy, 58.

Henchy, a screenwriter and producer, first met Shields on the Warner Bros. lot in 1999, and then went on to tie-the-knot in April 2001. 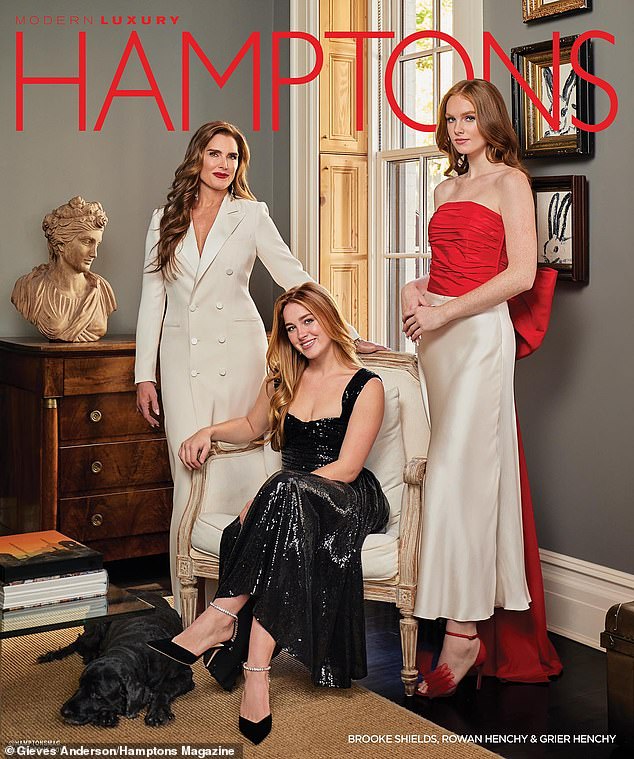 Another family affair: Shields proudly posed with her two daughters Rowan and Grier, as well as their beloved pet pooch Pepper for the cover of Hamptons magazine