A pair of mischievous maids in Brooklyn apparently guzzled stolen liquor and ice cream at an apartment they were supposed to be cleaning before one of the women blacked out on the kitchen floor.

Freelance art model Geevee Snow shared details about her nightmare experience with two housekeepers she hired from Joanna Cleaning Service – which has almost a five-star rating on Yelp.

Snow said Monday she welcomed two ladies from the housekeeping service in to tidy up her home on August 27, but by the time she and her roommate, Kristen Nepomuceno, returned to their Williamsburg apartment, they found the complete opposite. 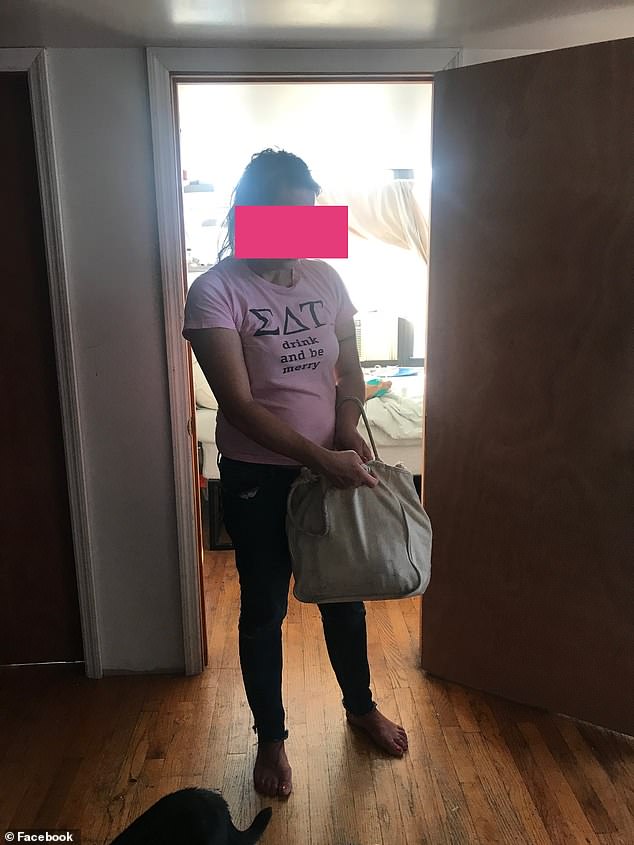 This mischievous maid wearing a top that says ‘Eat, drink and be merry’ was hired by a Brooklyn woman to clean her apartment – a task that was not completed 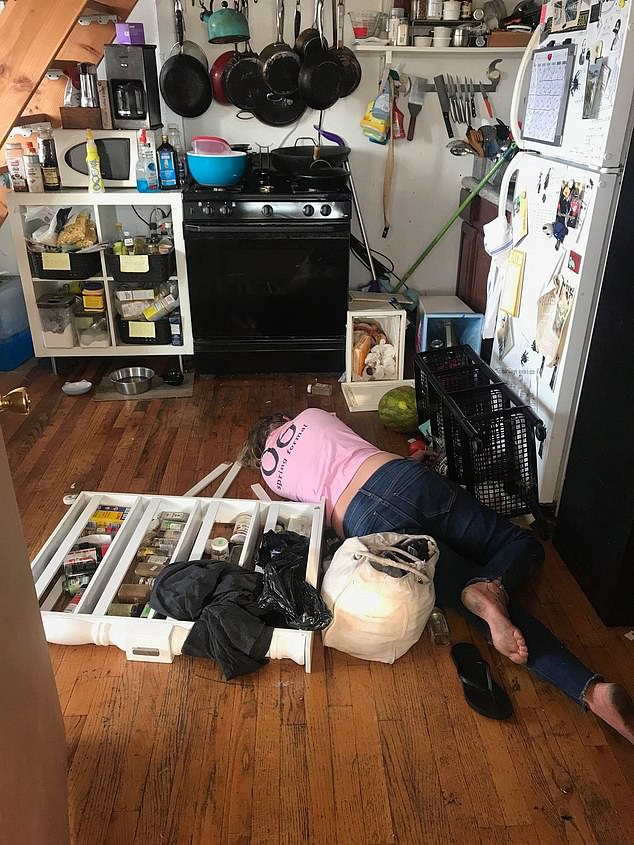 The housekeeper, shown here, was found blacked out in the home that was demolished 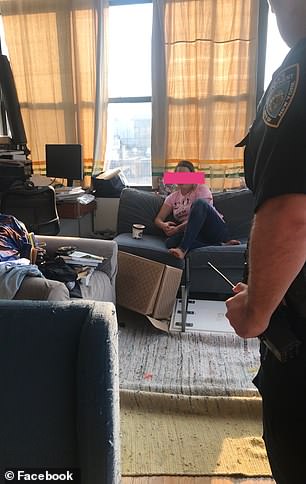 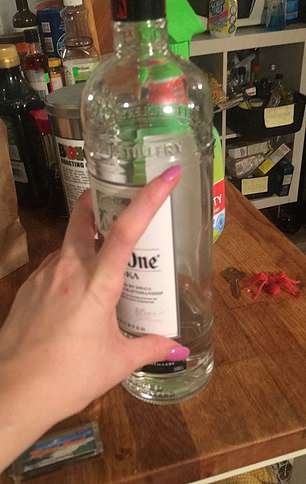 ‘They didn’t clean a thing, just drank all my liquor and f–ked up my home… my roommate came home to one of them blacked out face-down in our kitchen and the other long gone.

‘My spice rack was smashed, my marble coffee table upended which smashed a stone bowl, keys were gone, booze was gone and chocolate ice cream left on the sofa.’

To make matters worse, Snow said she already paid Joanna Cleaning Service more than $400 and the owner has refused to refund her. 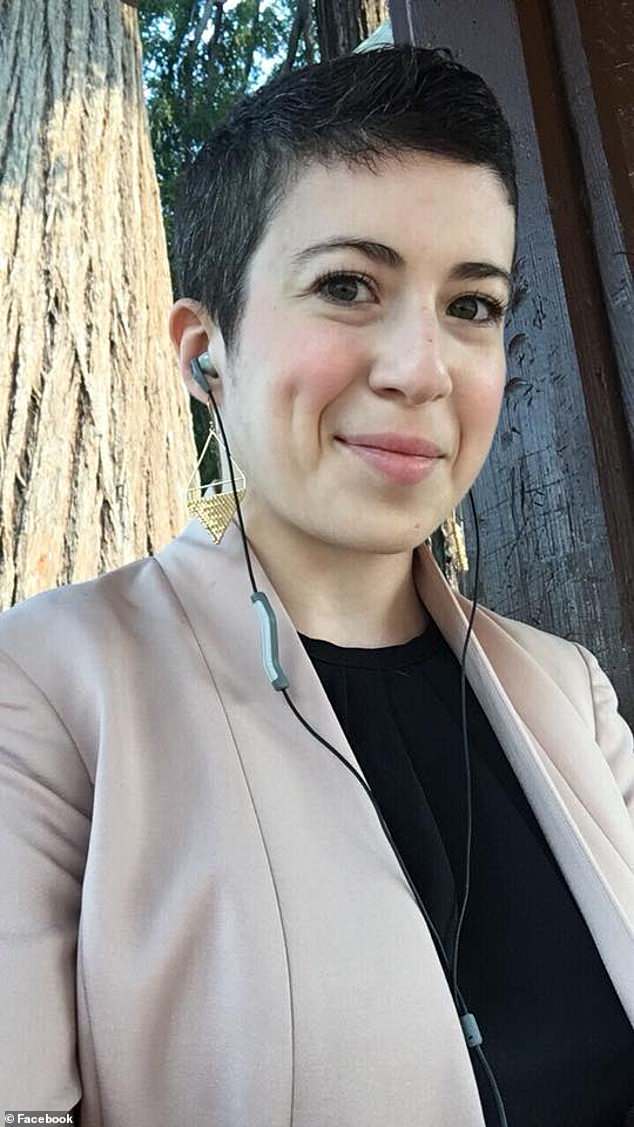 Snow (pictured) wrote: ‘They didn’t clean a thing, just drank all my liquor and f–ked up my home… my roommate came home to one of them blacked out face-down in our kitchen and the other long gone’

‘Joanna refused to pay me back and I can’t find a legitimate address for the business to take her to small claims or BBB (the address on their Facebook page is fake),’ she said further.

‘Help!!! Has anyone else used them and/or had this experience?’

The owner of the company, Joanna Oltuszewska, said in an email published to Snow’s Facebook page that the woman who passed out in her kitchen has been going through ‘family problems’ as of late.

Oltuszewska told Snow that the since-fired employee’s husband recently left her after 19 years of marriage. 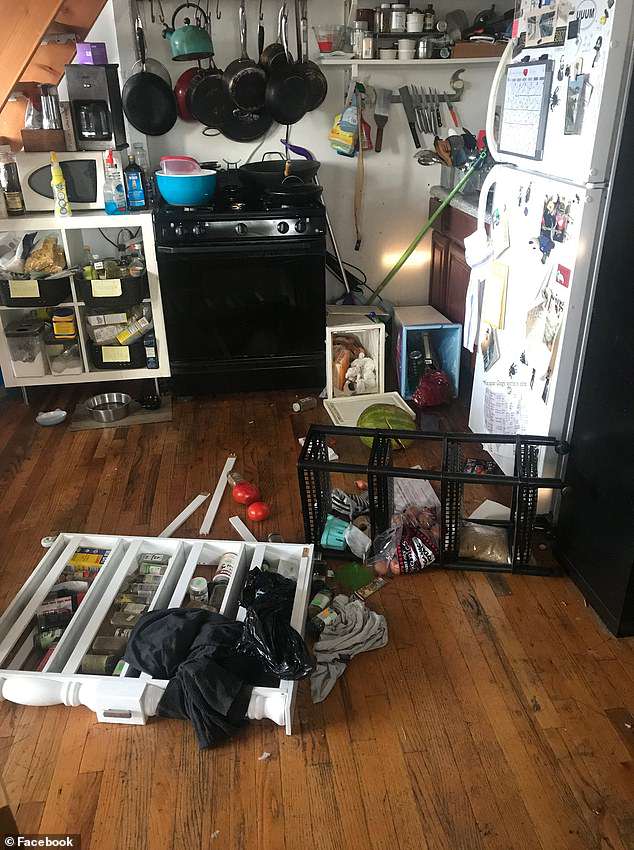 The employee has since been fired, the owner of the company said in an email 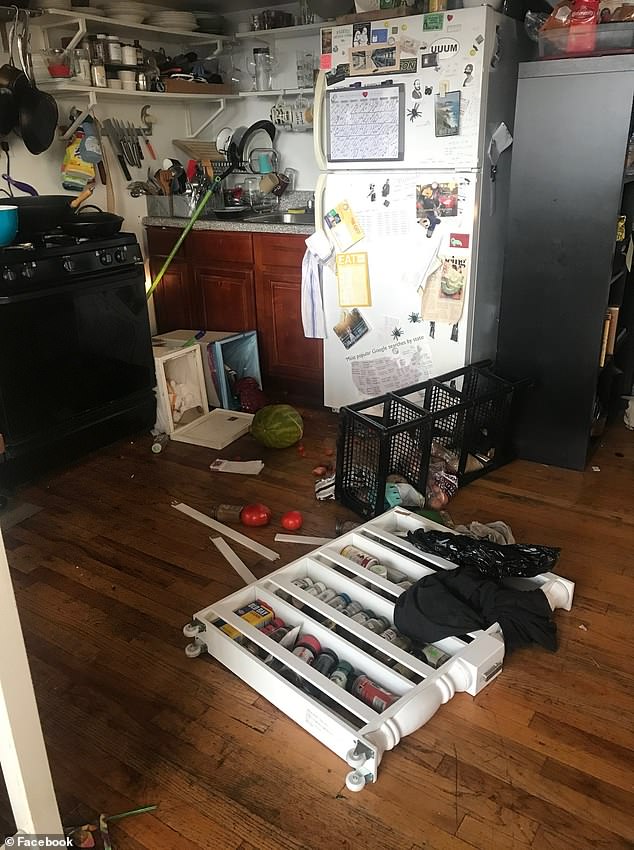 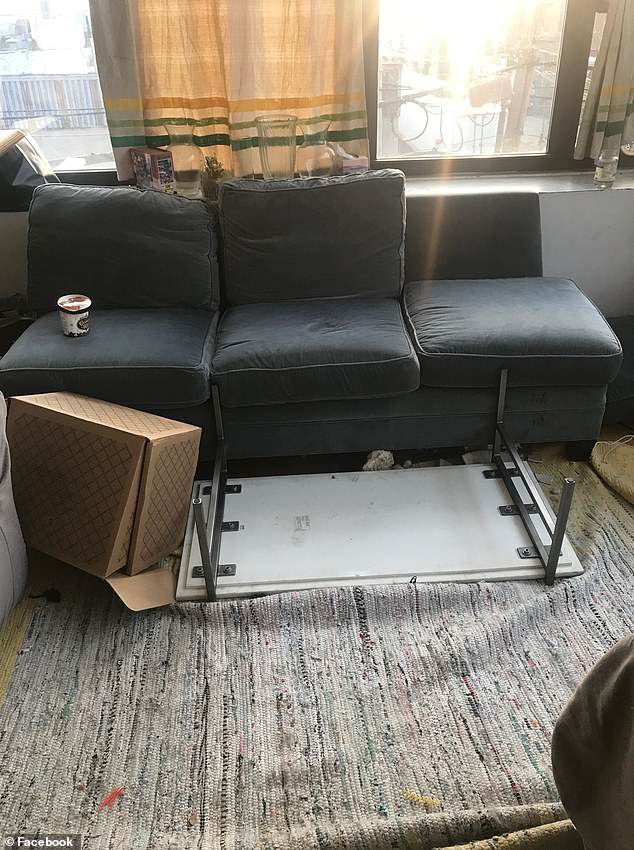 Joanna Cleaning Service offered to pay for the food and alcohol the employee stole, clean the apartment once more and provide two free cleanings

Furthermore, the day of her wild escapade on the job, the housekeeper found out her teenage daughter was pregnant.

‘I am not a conflicting person, I hoped we can resolve this problem… the summer time is very slow for business, and usually we don’t refund – we fix any problems,’ the owner said.

The owner offered to pay for the food and alcohol the employees stole, clean the apartment properly and provide two free cleanings.

Joanna Cleaning Service could not be reached for comment by DailyMail.com late Tuesday night. 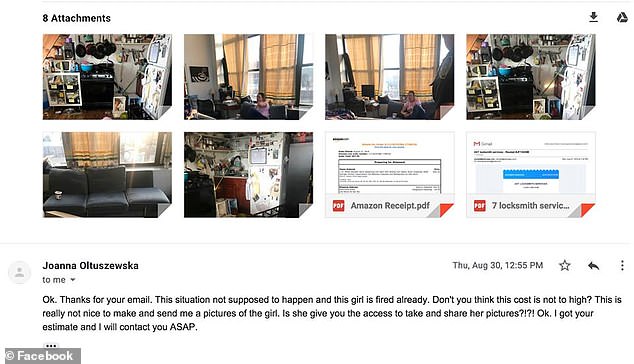 Snow demanded the company refund her the full amount she paid. According to her Facebook post Monday, the company has not yet done so