A brother and a sister have been given a second chance at life after receiving kidney transplants from the same donor.

Ava, 14, and John Ben, 18, were both born with a rare genetic disorder that causes an amino acid to build up in the body and damages organs.

The siblings were both on dialysis but, as their conditions deteriorated, doctors said they could die unless they received kidney transplants, reported the San Antonio Express-News.

Last week, doctors at University Hospital in San Antonio, Texas, called their mother and said there was match for Ava.

When the mother asked about her son, the hospital did some quick testing and discovered both siblings were a match. 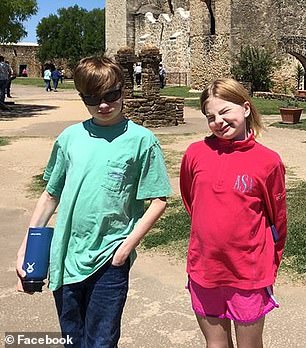 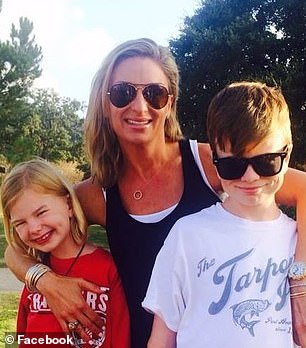 Cystinosis is characterized by the buildup of an amino acid called cystine throughout the body that damages organs. Both siblings underwent dialysis and had been put on transplant lists. Pictured: John Ben and Ava, left, and the sibling with their mother, right

Not long after, John Ben was diagnosed with cystinosis, a rare genetic disorder that is characterized by the buildup of an amino acid called cystine throughout the body.

When Ava was a baby, her parents were told she had the condition as well.

Cystinosis is caused by a mutation of the CTNS gene, which holds instructions for producing a protein called cystinosin that carries cystine out of the part of the cell that breaks down materials.

Cystine then crystallizes in cells in the body and damages organs in the process, with the kidneys being the most affected.

The disorder occurs in one in every 100,000 to 200,000 people worldwide, according to the National Organization for Rare Disorders.

Cystinosis is accountable for about five percent of childhood kidney failure.

Treatment generally involves drugs such as Cystagon and Procysbi, which lower cystine levels in the cells.

However, if kidney damage is too far along, dialysis may be necessary and, if need be, a kidney transplant. 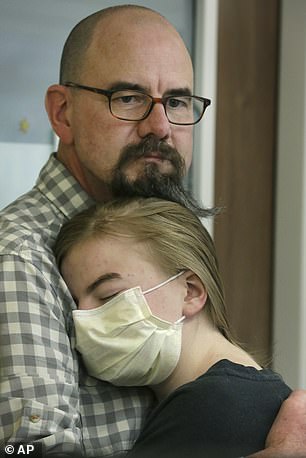 Their mother received a call last week from University Hospital in San Antonio, Texas, that a match was found for Ava. Pictured: Ava hugging her father, John

When the siblings’ mother, Kim Azar Shepherd, received a call last week from University Hospital, John Ben had been on the transplant list for a year and Ava for just a month.

‘We actually joked about this,’ Azar Shepperd told KENS 5. ‘We’d say to each other playfully: “It’d be so cool if you could both get a donor from the same person at the same time” and that’s exactly what ended up happening.’

She was told there was a donor for her daughter and she asked if there was one for her son as well. It turned out both were matches with the donor.

Ava, who lives with her mother in Alpine, and John Ben, who with his father in Austin, drove to San Antonio with their respective parents immediately.

The teens underwent transplants on Friday, with their surgeries overlapping by an hour, reported the Express-News.

‘The longest and shortest hour ever,’ John Shepperd told the paper. ‘Obviously, we never thought it would happen on the same day, from the same wonderful donor. We truly feel blessed.’

For Ava and John Ben, who have spent much of their lives in and out of hospitals, the news of a transplant was a relief.

‘I remember hooking up to my dialysis unit and thinking: “This is the last time I’m going to have to attach this dumb tube to my stomach”,’ John Ben, who will graduate this month from Austin High School, told the Express-News.

‘It just felt really good to know that this is the last time I was going to be doing this.’ 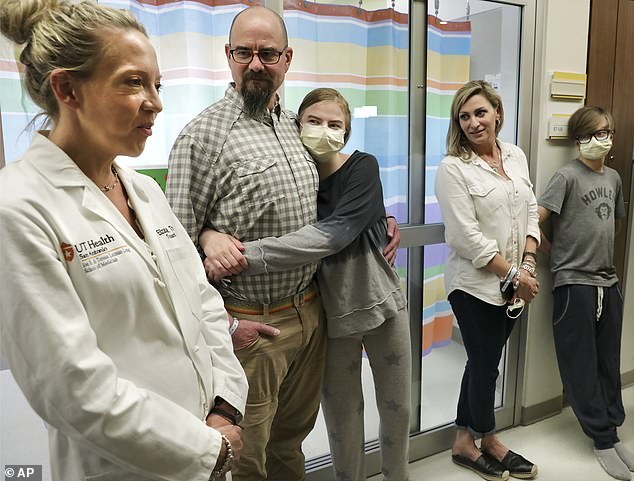 The siblings’ mother asked hospital staff if there was a donor for John Ben and the hospital determined that he was also a match for the same donor. Pictured, left to right: Dr Elizabeth Thomas, father John Shepperd, Ava, mother Kim Azar Shepperd, and John Ben 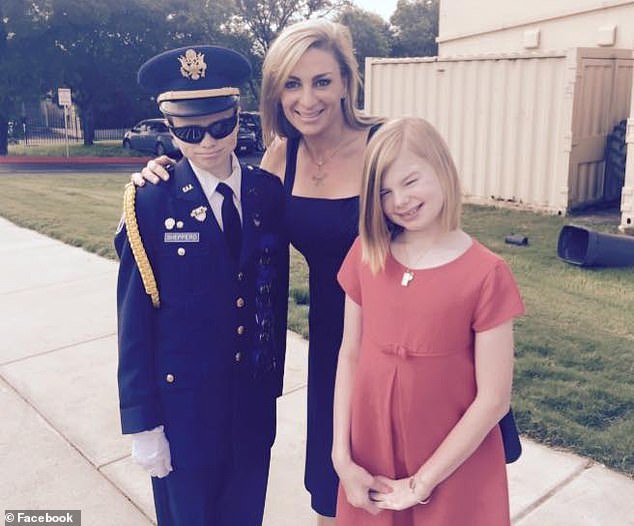 Ava and John Ben underwent their respective operations. on Friday and are now recovering. They will still need to manage their cystinosis, but if will not affect their new kidneys. Pictured: John Ben and Ava with their mother

The siblings will have to take immunosuppressant drugs to lessen the possibility of organ rejection and they will still need to manage their cystinosis.

However, the disease will not affect the new kidneys.

Doctors at University Hospital said they’d never seen anything like this before and discussed the impact the donor had on patients’ lives.

‘One donor who’s willing to give, that has good organs, can potentially save eight lives,’ Dr Elizabeth Thomas, a transplant surgeon for University Hospital, told KENS 5.

‘An incredible donor saved many, many lives. At our center alone, four lives were saved.’