‘He just wanted to be with him’: Older brother of Marine who was blown up in suicide bombing during Kabul airlift kills himself at memorial for the solider a year later

The brother of a Marine who died a year ago during the chaotic withdrawal from Afghanistan killed himself at a shrine to his sibling.

Dakota Halverson, 28, from Norco, California, took his own life on August 9.

His brother, Lance Cpl. Kareem Nikoui, 20, was one of 13 American troops killed on August 26 last year, when a suicide bomber detonated an explosive outside the Kabul airport amid fleeing crowds.

‘Dakota had been expressing some of the things that had been bothering him and one of those things was the loss of his brother Kareem and how he just wanted to be with him again,’ said Shana Chappell, their mother.

‘He was still having a hard time believing he was actually gone.

‘He’d sneak into the cemetery at night and sleep on Kareem’s resting place.

‘He took his life across from a permanent memorial we have here in town for his brother Kareem.’

Shana Chappell is pictured with her sons Kareem Nikoui (right) and Dakota Halverson. Nikoui was killed on August 26, 2021; his older brother took his own life on August 9 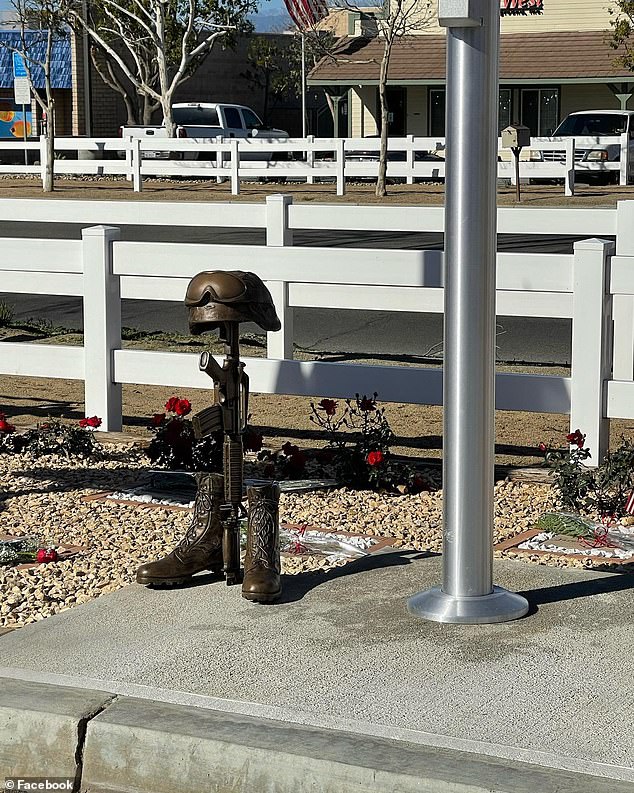 The Fallen 13 memorial in Norco’s old town is pictured. The site was inaugurated in January 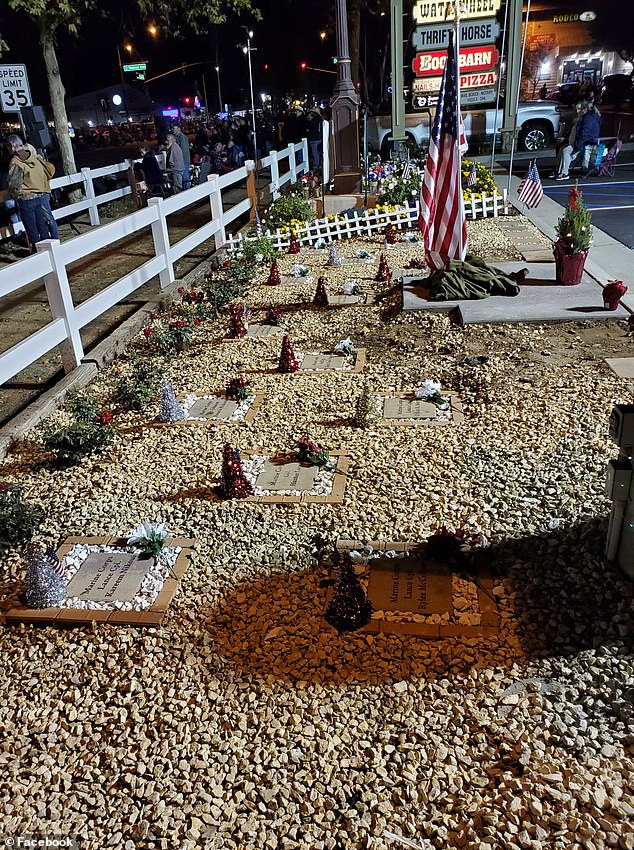 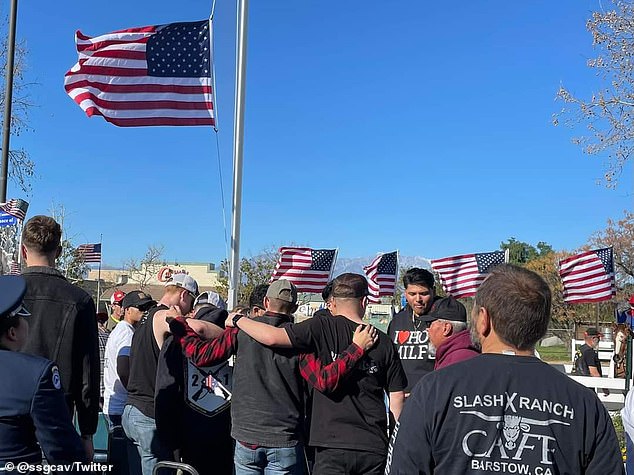 The inauguration of the site is pictured in January

Chappell appeared to be referring to the Fallen 13 Memorial Flower Garden Square, which was inaugurated next to Norco Country Center in January. 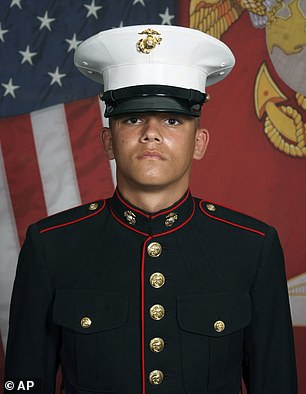 Nikoui was buried on September 17 at Crestlawn Mortuary in Riverside.

On January 4, to mark what would have been Nikoui’s 21st birthday, the family held a celebration of his life at the grave.

Chappell, announcing Halverson’s death on Tuesday, said they were all struggling with the approaching anniversary of Nikoui’s death.

‘The month of August has been very hard so far with the one year coming up,’ she wrote on Facebook.

‘I look at my kids as strong and like they can handle anything. That was my mistake.

‘My son Dakota has been talking a lot lately about how he just wants to be with Kareem, how much he misses him, etc…. 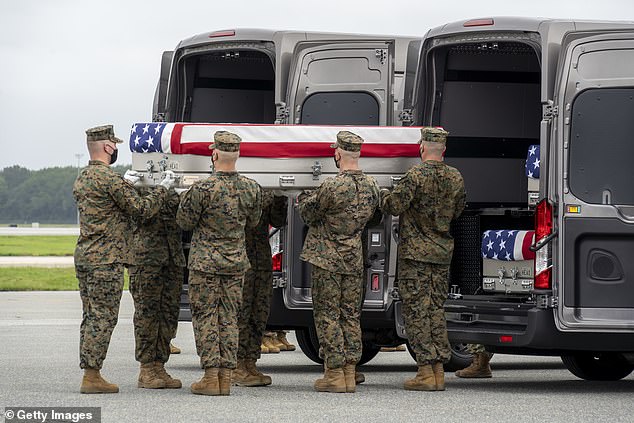 Nikoui’s remains are pictured arriving back in the United States, at Dover Air Force Base, Delaware, on August 29 last year 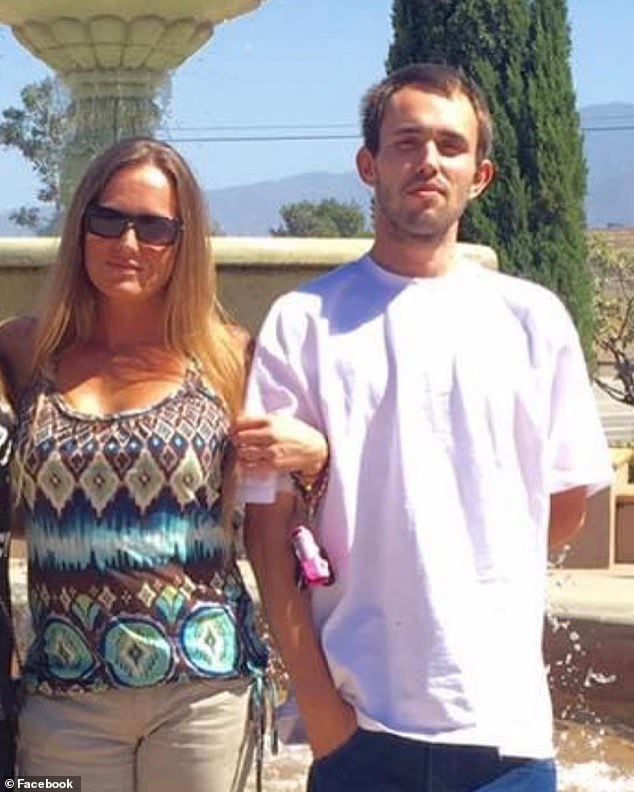 Chappell is seen with her son Dakota Halverson 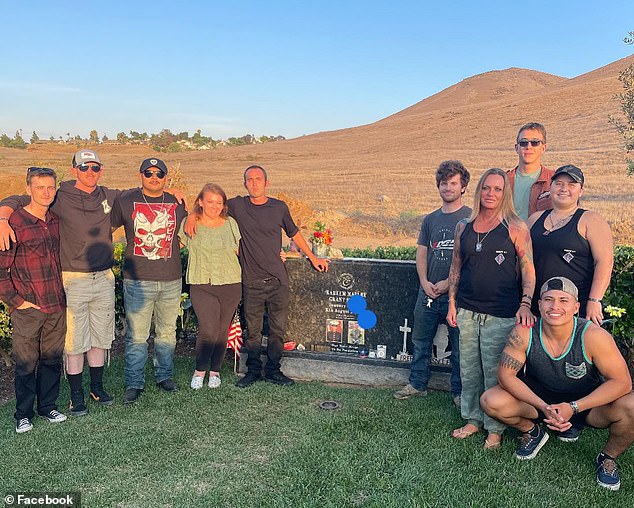 Family and friends of Nikoui are seen at his grave in Riverside. Chappell said her son would sneak into the cemetery to sleep on his brother’s grave 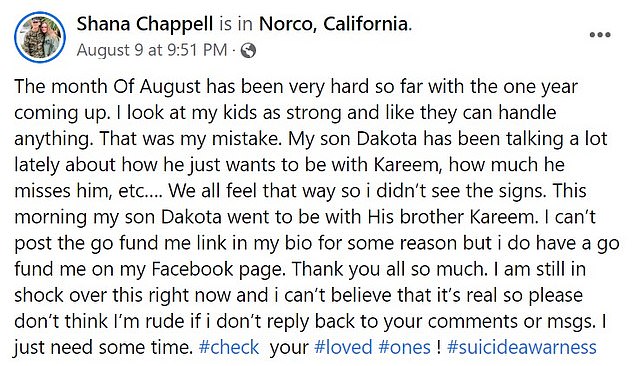 ‘We all feel that way so I didn’t see the signs.

‘This morning my son Dakota went to be with His brother Kareem.’

Chappell, who blames Joe Biden for her son’s death, which she said was due to a failure to adequately plan the withdrawal, said she did not want to ‘make this a political post’.

But, she added, her second son’s death was ‘the ripple effect’.

In a GoFundMe for funeral expenses, Chappell said Nikoui’s death had, for his brother, ‘proven too difficult to bear’.

She said Halverson wanted to be buried next to his brother.