Brothers rushed to hospital after being SPEARED by a marlin

By Mary Mrad For Daily Mail Australia and Aap

A large marlin weighing up to 100 kilograms has jumped into a small boat off the NSW coast seriously injuring two brothers.

The marlin breached and landed in the brothers’ boat off Wooli, north of Coffs Harbour, at midday on Thursday.

‘The older brother suffered a deep cut to his right shoulder.’ 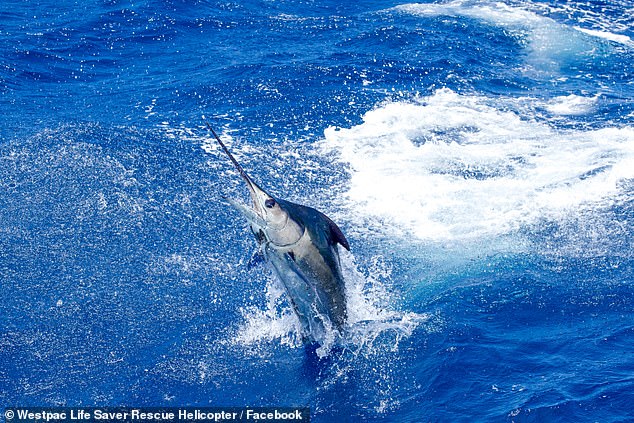 The brothers – aged 46 and 48 – were in a five-metre rigid hull inflatable boat with a third man, aged 46, who wasn’t injured.

The marlin managed to escape off the boat back into the water.

The brothers were taken to Coffs Harbour Base Hospital by helicopter. Their injuries are not thought to be life-threatening.

The three men are believed to be from Narrabeen, Sydney, and had been on a fishing trip. 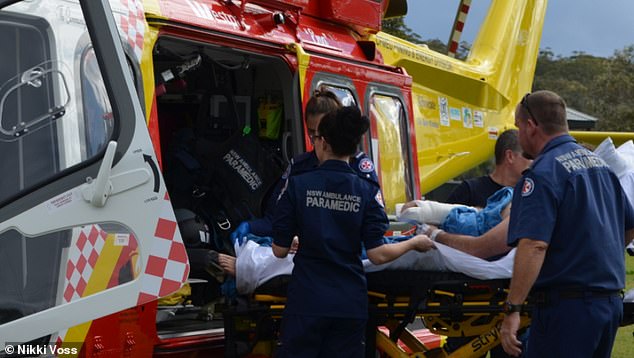 The three men are believed to be from Narrabeen, Sydney, and had been on a fishing trip (pictured is 46-year-old man airlifted to Coffs Harbour Base Hospital)