An Adelaide school had a surprise visitor in the form of a baby brown snake this week.

The snake was found outside a sign warning students and staff to shut the door specifically for that reason.

Southern Montessori School principal Noel Browne told Southern Times Messenger that everyone was calm and no one was in danger when the snake appeared. 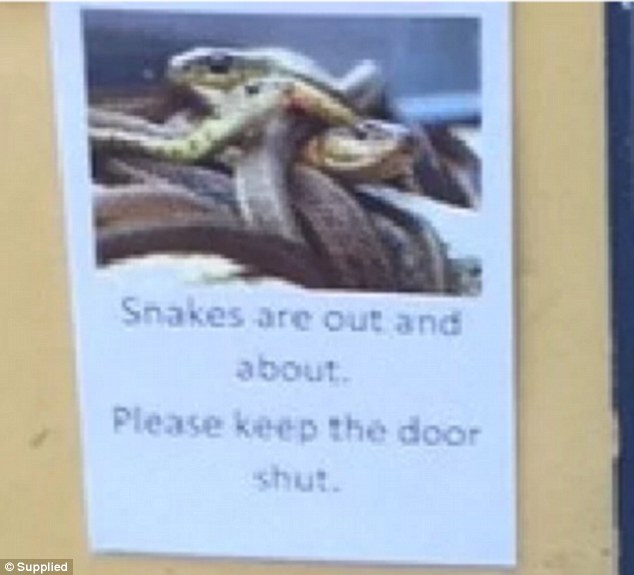 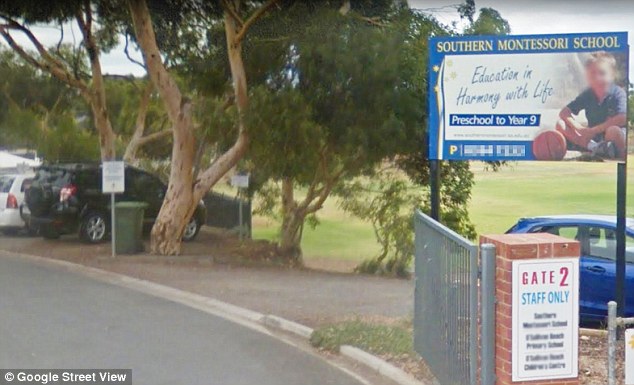 Southern Montessori School, where the snake was found, principal Noel Browne said that the school gets one or two snakes a year

‘We locked the door from the inside and made the pathway inaccessible with cone markers,’ Mr Browne said.

The school usually gets one or two snakes on campus a year and takes measures to remind the kids about safety.

A snake catcher was at the school within ten minutes to collect the snake.

Snake Catchers Adelaide employee Cory Young also told the publication that the number of snakes found in the suburbs of Adelaide has doubled.

It comes after a venomous red-bellied black snake was found in classroom at a Queensland school.

The poisonous snake was discovered by a teacher sitting at her desk at Noosa Christian College this week.

A reptile catcher released footage of the moment he captured the snake using a stick, twirled it around in his hand and lured it into a black bag.

‘The teacher was sitting at her desk when she looked down at her feet and saw a snake head poking around the corner by her feet,’ he said.

‘Lucky for her this gorgeous animal was very shy and quickly went back into cover,’ he said.

Footage shows him using a stick to lure the snake from under the desk. 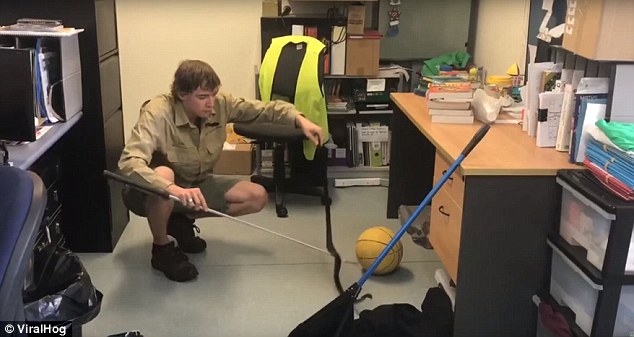 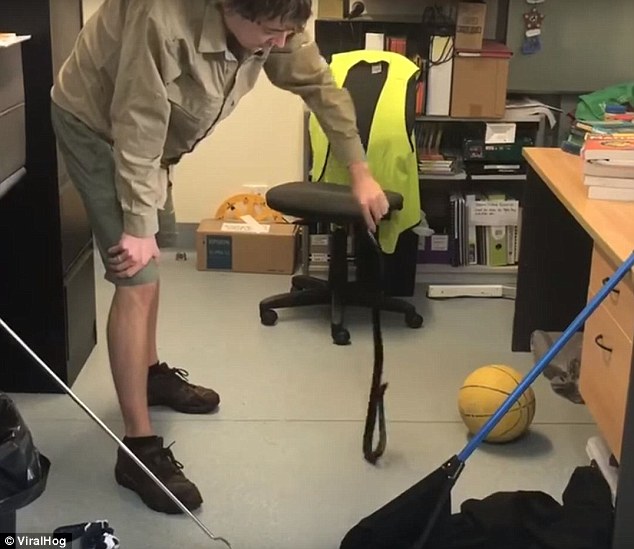 He is shown twirling the snake around his hand and then finally seizing the reptile into his black bag.

‘Of all the places for a red-bellied black snake to be, under the desk here is very interesting,’ he said.

The venom from a red-bellied black snake is extremely toxic and can cause nausea, vomiting, headaches and diarrhea in bite victims.

The snake is often found in woodlands, forests and swampland in eastern Australia, and is one of Australia’s most common snakes. 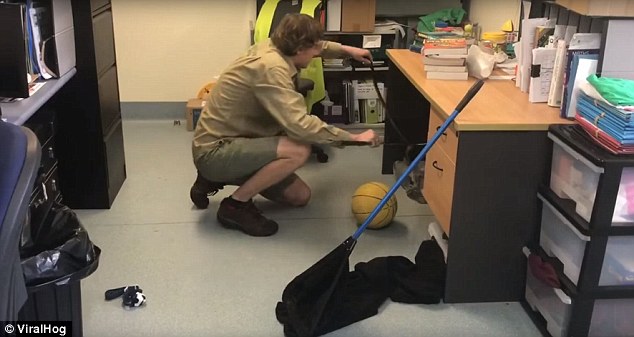 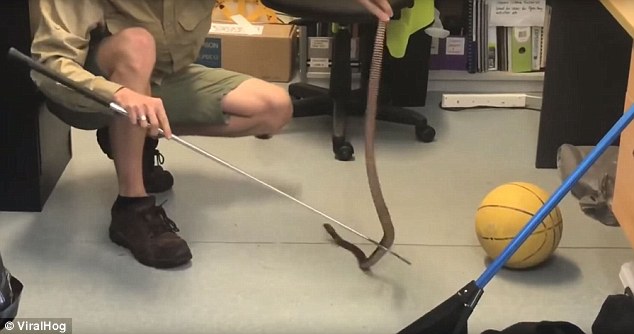