By Darren Boyle for MailOnline and Afp

Ganz, who died at his home in Zurich, had a distinguished career on screen and stage before his 2004 appearance in ‘Downfall’, which unfolds over the final, suffocating days inside Hitler’s bunker.

For many critics his nuanced portrayal of the fascist tyrant that veers between explosive and sombre was unparallelled. 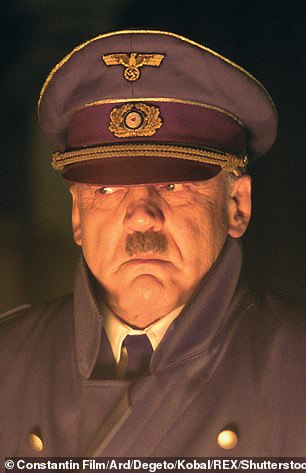 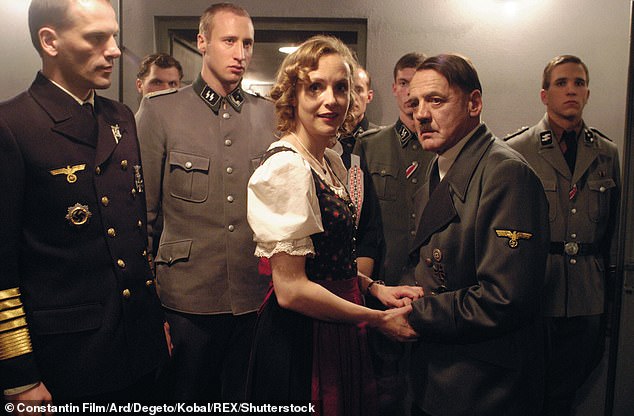 Ganz’s depiction of Hitler was hailed by critics, although many German-speaking actors are reluctant to play the part. Ganz said being Swiss acted as a buffer for him

Hitler is a figure that German-speaking actors had historically been reluctant to take on and the Zurich-born Ganz conceded that being Swiss provided a necessary buffer.

‘It helped me also that I am not German, because I could put my passport between Hitler and me,’ Ganz told The Arts Desk website in 2005.

Downfall spawned thousands of internet memes from a memorable scene in the Fuhrer’s bunker where he starts shouting at several generals when he finally realises the war is lost.