‘It’s spoiling the game’: BT Sport and Gary Lineker apologise after commentary was AHEAD of live footage in first half of Atalanta v PSG – with blame being put on thunderstorms in the UK

BT Sport have apologised after their commentary was ahead of their footage in the first half of the Champions League tie between Paris Saint-Germain and Atalanta.

It meant viewers were told that Atalanta’s Mario Pasalic had scored before they could see the goal on their screens with the broadcaster blaming thunderstorms in the UK for the issue.

Presenter Gary Lineker apologised on air and on social media after several angry fans complained about the problem on Twitter. 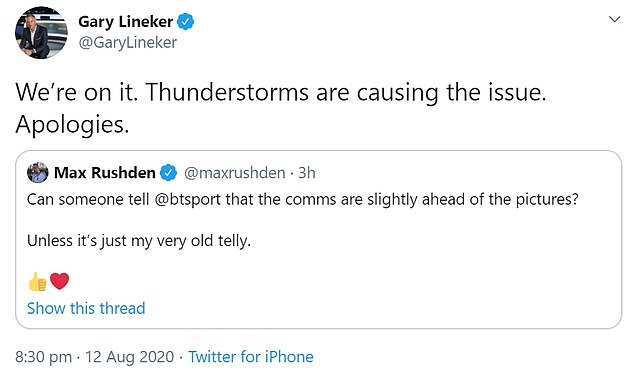 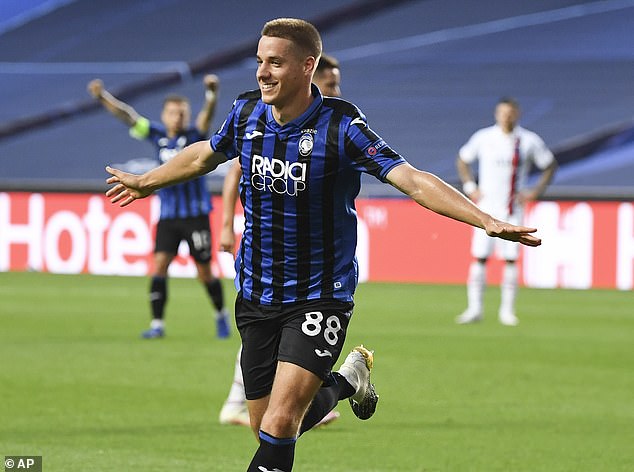 In response to complaints, Lineker tweeted: ‘We’re on it. Thunderstorms are causing the issue. Apologies.

The commentary team of Darren Fletcher Steve McManaman were unaware of the problem while they were on air.

Fletcher explained during the first half: ‘It’s not that Steve and myself have a crystal ball, it’s down to the storms in the United kingdom and we are working had to balance things out as quickly as we can’

Fans took their frustrations to twitter, claiming the problems were ruining the game

But viewers still vented their frustrations, claiming the disruption was ‘ruining the game.’

One supporter tweeted: ‘Fix up BT Sport. Commentary so out of sync they’re telling me what’s happened before it actually has.’

The issue was fixed for the second half with the footage and commentary back in sync. 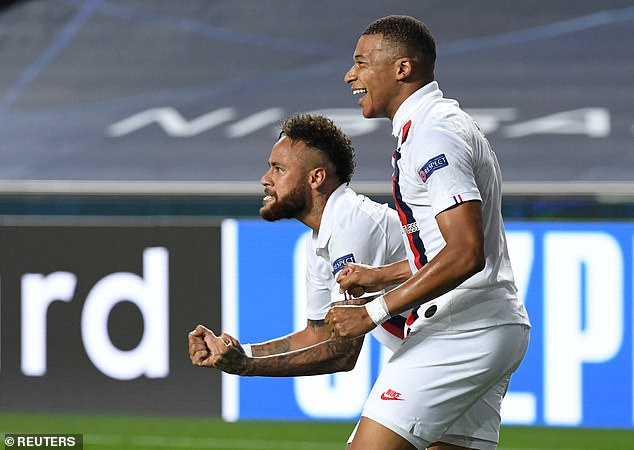