Following the Duke and Duchess of Cambridge’s announcement, the item bearing the boy’s name was added to the Official Royal Baby Commemorative Range which launched when he was one day old.

On its reverse, the £25 drinking vessel shows a lion cub sporting a crown, sitting alongside a unicorn as the pair snuggle underneath another crown for good measure.

Within hours of the baby’s name being announced to the nation, Buckingham Palace made this mug available to buy on its website 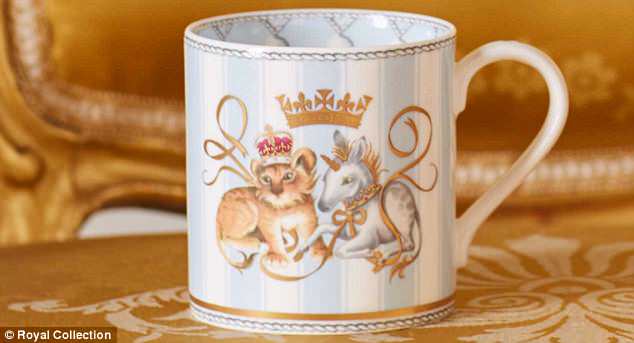 Each of the items is gilded with 22-carat gold and all were made in Stoke-on-Trent, Staffordshire.

But the most expensive item is a teddy bear which will set buyers back a whopping £125. Its charming blue bow is offset by a gold branding of 2018 on the toy’s foot. 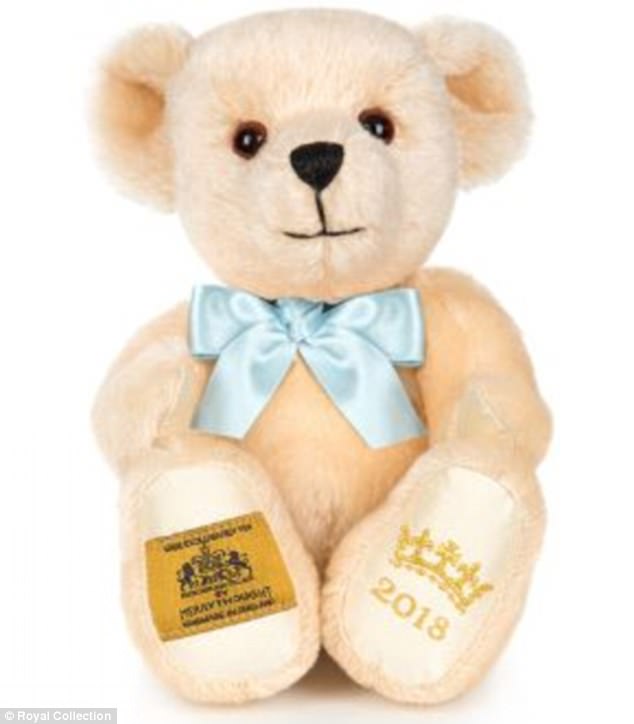 This bear is the most expensive of item, priced at £125 and made by Britain’s only teddy maker, there are just 200 available 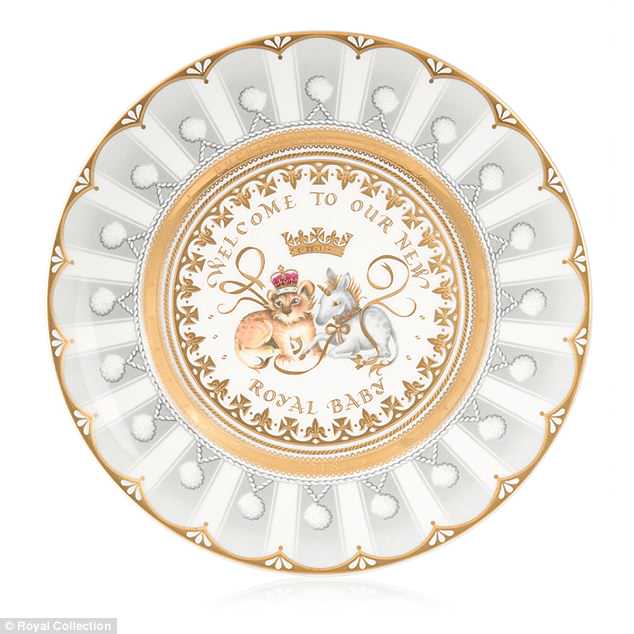 Handmade in Shropshire by veteran teddy crafters Merrythought, its fur is made of ‘pure mohair plush made from the fleece of the Angora goat’ according to the Royal Collection Shop website.

The only British bear makers operating today, the manufacturers have made just 200 of the limited edition toy. 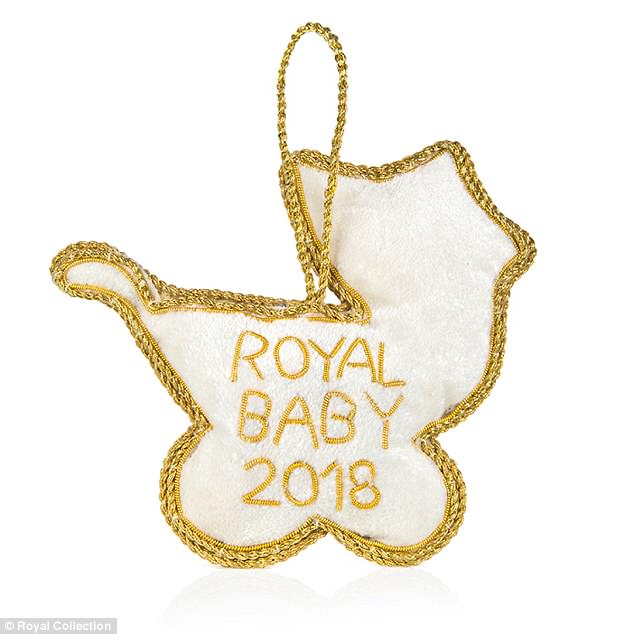 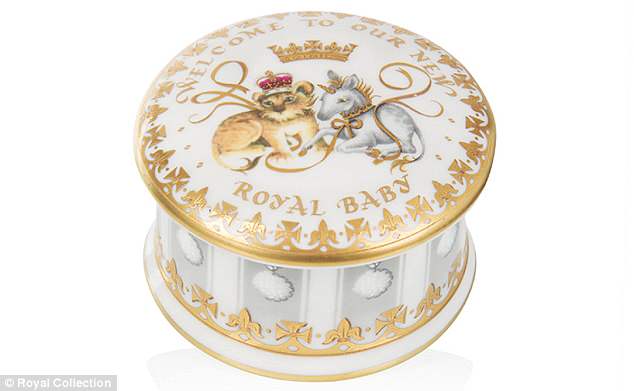 Royalists can also celebrate the birth of the fifth in line to the throne with decorations in the shape of a pram, lion or unicorn dotted about their home.

Following his birth on Monday, William and Kate’s third child was named after Lord Mountbatten, who the IRA killed by placing a bomb under his fishing boat in 1979.