Buckinghamshire woman doused herself in petrol and set herself on fire

A woman found smouldering in the garden of a multimillion-pound home had taken her own life by pouring petrol over herself and was not murdered as detectives initially believed, an inquest heard.

Gurpreet Kaur, 30, was found with a petrol can alongside her – and police discovered her mobile phone in a nearby garden shed.

A message on it showed she had been in an argument with her uncle – the owner of the mansion, in Gerrards Cross, Buckinghamshire.

Gurpreet Kaur, 30, who was found smouldering in the garden of a multimillion-pound home, had taken her own life by pouring petrol over herself and was not murdered as detectives initially believed, an inquest heard 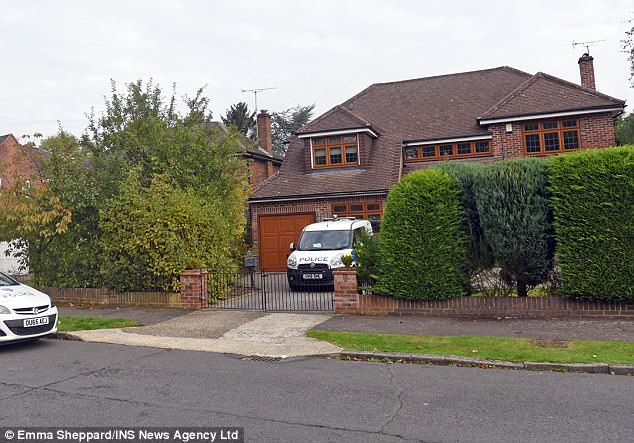 Ms Kaur was found with a petrol can alongside her – and police discovered her mobile phone in a nearby garden shed. A message on it showed she had been in an argument with her uncle – the owner of the mansion (pictured), in Gerrards Cross, Buckinghamshire

Neighbours had reported hearing screams and, three days after she was found dead, a man was arrested and quizzed by murder squad detectives over her killing.

The young victim was living with her aunt and uncle at their £2million gated home when her burning body was discovered in the garden.

When emergency services arrived, a flip flop she was wearing was still on fire and had to be extinguished but nothing could be done so save Ms Kaur.

After the initial post mortem examination, a 58-year-old man was arrested on suspicion of murder. He was later released with no further action taken.

The inquest into Ms Kaur’s death heard that she had written notes on her phone saying she had had enough of life and could not carry on living.

Senior Coroner for Buckinghamshire, Crispin Butler, was told how Miss Kaur’s uncle, Harcharanjit Matharu, was in his study working with his headphones on.

Ms Kaur’s body was only discovered when her aunt Baldev returned home from a shopping trip.

Just 10 minutes before it was believed she set herself on fire, she recorded an argument with her uncle.

The row was about education fees as she was in the process of applying for university courses for which she had been told by the Home Office she had to pass an English proficiency test to extend her student visa.

She also wrote a note on her phone five minutes before the fire started which said that Ms Kaur did not want to live anymore. The death of Ms Kaur was initially believed to be murder as forensic pathologist, Dr Alexander Kolar, found ‘significant pin point bleeding’ on her face and eye which were classic signs of asphyxiation before being set alight. He also stated the death could have been due to the burns

The inquest heard that on October 10, 2016, Ms Kaur had got up and cleaned her room in the luxury house in High Beeches, Gerrards Cross.

In a statement read to the inquest, Mr Matharu said: ‘Two weeks before her death, Gurpreet was told by the Home Office that she needed to pass an English test to get her visa. She was looking at applying to university.

‘She told me at about 11am that she had been studying and was taking a break. Just after 4pm she came in and asked if I could print off some English tests for her. They totalled about 50 or 60 pages so I told her I would do it later when I had finished work.

‘I was on the phone in the afternoon and had my headphones on. My wife, Baldev Matharu came back from the shops at around 4:45 pm, I called for Gurpreet to get the door but she did not respond.

‘I went to let my wife in. About five minutes later, my wife called out to me about burning in the garden. She could see smouldering.

‘I ran to the garage to get to the garden but I could not find the key for the door; I later found it outside.

‘I saw the remnants of a small fire near to the shed at the bottom of the garden. I went out of the patio door and then I went to the shed and found Gurpreet.

‘I called Baldev to get me a phone and a blanket and I called 999. When the paramedics got there, they told me Gurpreet was dead.’

Mrs Matharu, who attended the inquest in Beaconsfield, and her husband said their niece had previously shown no sign of depression or self-harm.

One neighbour, Kerri McGillivray-Griswold, said she heard a scream and saw smoke when waiting outside to take her daughter horse-riding.

‘I heard a woman scream, it was unlike anything I heard before, it sounded like they screamed until they ran out of breath.’ 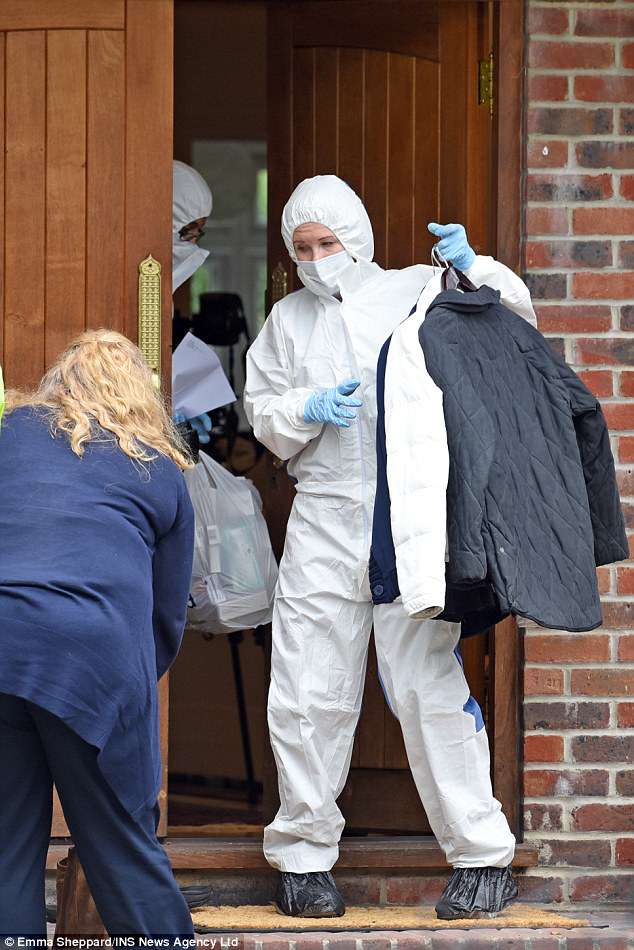 Ms Kaur’s body was only discovered when her aunt Baldev returned home from a shopping trip. Just 10 minutes before it was believed she set herself on fire, she recorded an argument with her uncle about education fees

Another neighbour, Gurpreet Benwait, said: ‘I looked out the window and saw smoke rising from between gardens on High Beeches. It was only a small amount. It was just after my two daughters got home from school, at about 4.45 pm.

Paramedics arrived at the scene but established that by 5.10pm Ms Kaur was dead. A lighter, which had her DNA on it, and a melted petrol canister were found next to the body.

Detective Sergeant Robert Brown, who investigated the case, gave details about how officers found Ms Kaur’s phone in the shed next to her body.

He said: ‘We found Ms Kaur’s phone on a bench in the shed. There was a calendar entry made at 4.15pm on October 10, 2016 that said she wanted to die, that she did not want to live and that she couldn’t survive.

‘There was also a recording from 4.11pm when played included the voices of Ms Kaur and Mr Matharu arguing over possible university fees.’

The death was initially believed to be murder as forensic pathologist, Dr Alexander Kolar, found ‘significant pin point bleeding’ on her face and eye which were classic signs of asphyxiation before being set alight. He also stated the death could have been due to the burns.

‘My cause of death was unascertained at autopsy,’ he said.

Dr Colin Rayner, a burns expert who treated victims in the Ukrainian city of Donetsk and has advised for the National Crime Agency since 2008, said that he believed the cause of death was most likely asphyxiation from dirt lodged in Ms Kaur’s mouth and nose.

This would have got there when she fell after pouring petrol over herself possibly as she was kneeling and set herself alight.

‘I think she suffocated,’ he said. ‘She could not get any air in because her mouth and nose were blocked with soil.

‘She was also alive at the time when she caught fire, as she showed evidence of the “blink” reflex, which only happens when one is conscious.

‘I also think she was upright when the fire started, and then was horizontal when she died. I find it unusual she did not clear her airways.’

Neil Morling, an expert fire investigator with London Fire Brigade, confirmed that it was most likely that Ms Kaur was standing up when she caught fire, but could not give empirical evidence as to the exact way in which the fire started.

He also stated that the location of the worst burns on Ms Kaur’s body would make sense if she had poured the petrol on herself.

Summing up, Mr Butler said: ‘The injuries on her body are consistent with her lighting herself on fire after covering herself in petrol.

‘She fell burning with her nose and mouth on the ground. Ms Kaur died as a result of asphyxia cause by her position. There was no third party involvement.

‘The message on her phone supports that she wanted to end her own life. I therefore record a conclusion of suicide.’