Buddy Franklin had an uncharacteristic brain fade at the SCG after the gun forward swung two right hands at Richmond rival Trent Cotchin during a lacklustre first half on Friday night.

Richmond raced into a 25-point lead at the break after a dominant first half against the Swans, with Dustin Martin putting on a midfield clinic on his audition for a move to New South Wales.

And as the game coasted towards the half time siren, Franklin lost his head in an altercation with Cotchin, landing two right hands clean on the Richmond star’s jaw in ugly scenes.

Replays showed that the first strike was clearly an open-handed hit, although it remains unclear whether the second was a closed fist or another open hander.

The incident will surely be reviewed by the Match Review Officer, with the 35-year-old likely to face a spell on the sidelines if a grim view is taken of the incident. 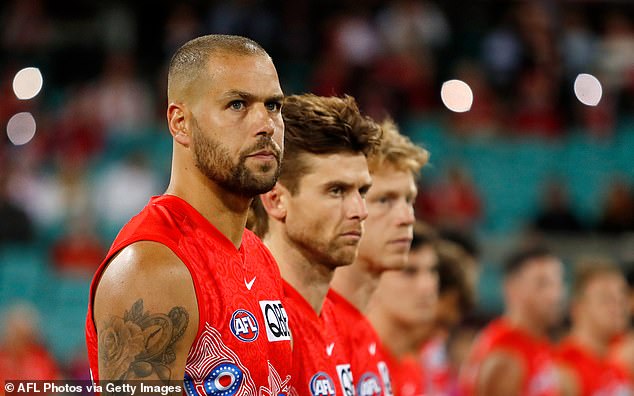