The Chancellor will announce a significant increase in the starting point for paying 40p tax – rewarding employees squeezed in the last Parliament.

And he will let millions of poorer workers keep more of what they earn by raising the threshold for paying basic rate tax.

But the sting in the tail is a crackdown on child tax credits, which are set to be limited to the first two children in any family.

Around 30million workers will benefit from the tax cuts in today’s Budget.

In a boost for the middle class, Mr Osborne will accelerate progress towards the Tory pledge of raising the 40p threshold to £50,000 by 2020. Repeated freezes and cuts to the threshold caused the number paying 40p tax to rise from two to five million in the last Parliament.

The Chancellor announced a modest ‘down payment’ on the pledge in March, when he increased the threshold to £42,385. Today he will unveil a further inflation-busting increase.

He is also expected to slow the pace of £12billion in welfare cuts, arguing that better than expected tax revenues allow more wriggle room. But the wealthiest will miss out, with Mr Osborne ruling out a cut in the 45p tax rate paid by those earning over £150,000 a year.

Today’s Budget will be the most significant since 2010, with Mr Osborne seeking to bolster his leadership credentials and frame the political argument on tax, spending and welfare up to and beyond the 2020 election. Measures are expected to include:

There is also speculation that Mr Osborne will take advantage of low oil prices to end the five-year freeze on fuel duty increases.

Industry sources are predicting a wide-ranging consultation on the future of pensions tax relief. Radical measures, including further cuts to the pensions of the better off, are said to be under consideration.

Mr Osborne said on Sunday that agreement had been reached across government on £12billion of welfare cuts promised by the Conservatives at the election. But the pace of the cuts could be slowed, with only £8billion coming immediately and the remainder implemented after 2017/8. The move would allow ministers to save more through benefit freezes, reducing the need for direct cuts to payments. 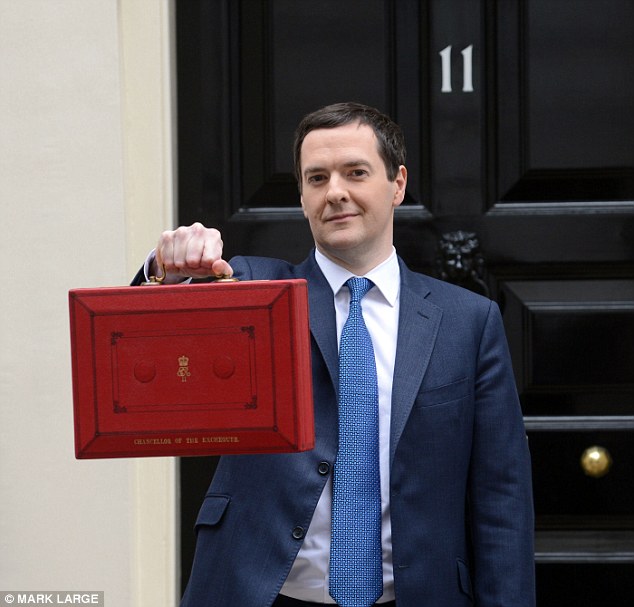 Today’s Budget will be the most significant since 2010, with Mr Osborne seeking to bolster his leadership credentials

Mr Osborne will set out tough five-year spending limits that will force unprotected departments to make deep cuts. Only the NHS, schools and foreign aid will be spared the axe. But he will warn that the crisis engulfing Greece underlines the need to get Britain’s public finances in order.

He is expected to say: ‘You only have to look at the crisis unfolding in Greece as I speak to realise that if a country’s not in control of its borrowing, the borrowing takes control of the country.’ Ministers, who are trying to portray the Tories as the ‘workers’ party’, are sensitive to charges that the package of cuts will hit the working poor.

The Chancellor is thought to have rejected calls from leadership rival Boris Johnson to force firms to pay the so-called ‘living wage’ if tax credits are cut.

Instead, he has agreed a rise in the personal allowance. This is designed to soften the blow by allowing people to keep more of the money they earn – helping to end what David Cameron described as the ‘ridiculous merry-go-round’ of taxing low earners then handing them money back in tax credits. 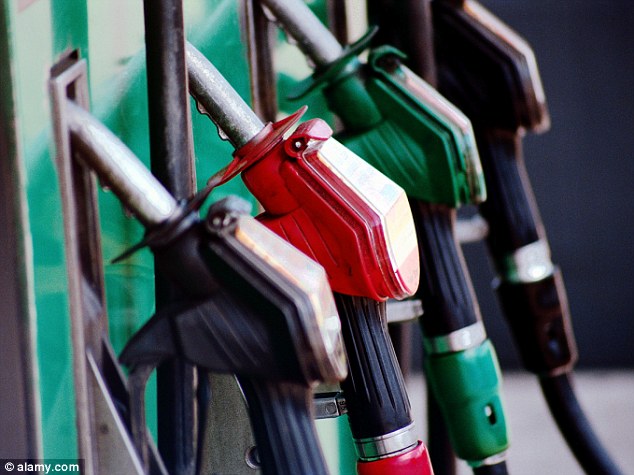 Sources said the Chancellor will use today’s speech to make ‘bold’ moves in areas such as education reform, housing, and renewing Britain’s creaking infrastructure. He will also set a series of political ‘tests’ for whoever wins the Labour leadership contest in September.

Mr Osborne has already split Labour by pledging a law to require future governments to run a budget surplus every year in ‘normal times’. Tory sources said he will go further by planning a series of Commons votes on each welfare cut, weeks after the new Labour leader takes charge.

A source said: ‘Labour opposed every cut to the welfare budget in the last Parliament and found themselves on the wrong side of public opinion. We are going to give them the opportunity, repeatedly, to do the same thing again.’