Downing Street slapped down Philip Hammond today after he hinted that plans to draw a line under austerity will need to be rethought if there is no Brexit deal.

The Chancellor will use his Budget this afternoon to pump more money into the NHS, social care, mental health and the armed forces as he insists the government’s careful stewardship of the economy has given him more room for manoeuvre.

He could also target a ‘digital tax’ on giants like Amazon and Facebook who have been accused of failing to pay their fair share – a move that could help find funds to head off a mounting Tory revolt over the flagship Universal Credit benefit reforms.

Mr Hammond has already warned that this Budget assumes that there will be a Brexit deal – and failure in the knife-edge negotiations with Brussels will mean another financial package is needed to brace the country.

But the PM’s spokesman dealt a thinly-veiled rebuke today, making clear Mr Hammond was only signalling his readiness to use ‘fiscal firepower’ to shore up the economy if the UK withdraws without an agreement.

The Office for Budget Responsibility said in March that there was £15billion ‘headroom’ in the government’s plans which could be deployed.

‘What the Chancellor was pointing out in relation to a budget was that if economic circumstances change, he would consider economic interventions. That’s what you would expect any sensible Chancellor to do,’ the spokesman said. 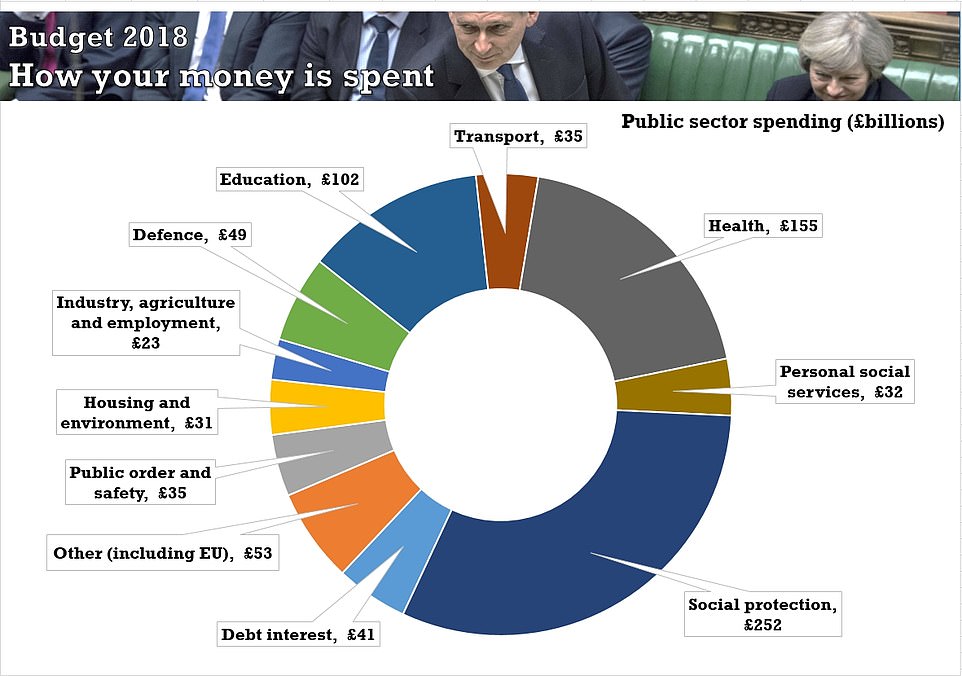 ‘All of the spending commitments that the Chancellor will set out today are funded irrespective of a deal.

‘What the Chancellor said yesterday was that he would use the fiscal reserves that we have built up through hard work and sound economic management to ensure that Britain will succeed whatever the circumstances.

‘The Chancellor has spoken on numerous occasions about having maintained what he would describe as ‘fiscal firepower’ which he will be able to use in the event of a no-deal scenario.’

Unusually, the Budget is taking place on a Monday afternoon rather than the traditional Wednesday – as the Treasury was apparently keen to avoid headlines about it happening on Halloween.

Among the measures set to be announced by Mr Hammond today are:

Mr Hammond is thought to have around £13billion more in the locker thanks to better-than-expected tax receipts, which could stave off the need for mooted tax hikes such as curbs on pension reliefs.

He will use the Budget to give more details of the extra money promised to the NHS, which will see funding increase by £20 billion by 2023.

He will confirm that the first stage of the NHS long-term plan will be to help achieve ‘parity of esteem’ between mental and physical health services.

Mr Hammond is expected to argue that pumping £2billion a year into improving access to support will relieve pressure on other frontline services, such as the police that help people with mental health issues every day and sometimes have to use police station cells.

The extra cash will help pay for the provision of round-the-clock ‘comprehensive’ mental health support in every major accident and emergency department, ensuring anyone experiencing a crisis can get rapid specialist help.

Officials say it will be backed up with more mental health ambulances and the establishment of dedicated mental health teams in schools, linking them to other support services.

Callers to NHS 111 will be directed to support services 24 hours a day and there will be greater access to services in the community, such as ‘crisis cafes’ where people can get help without going to A&E. 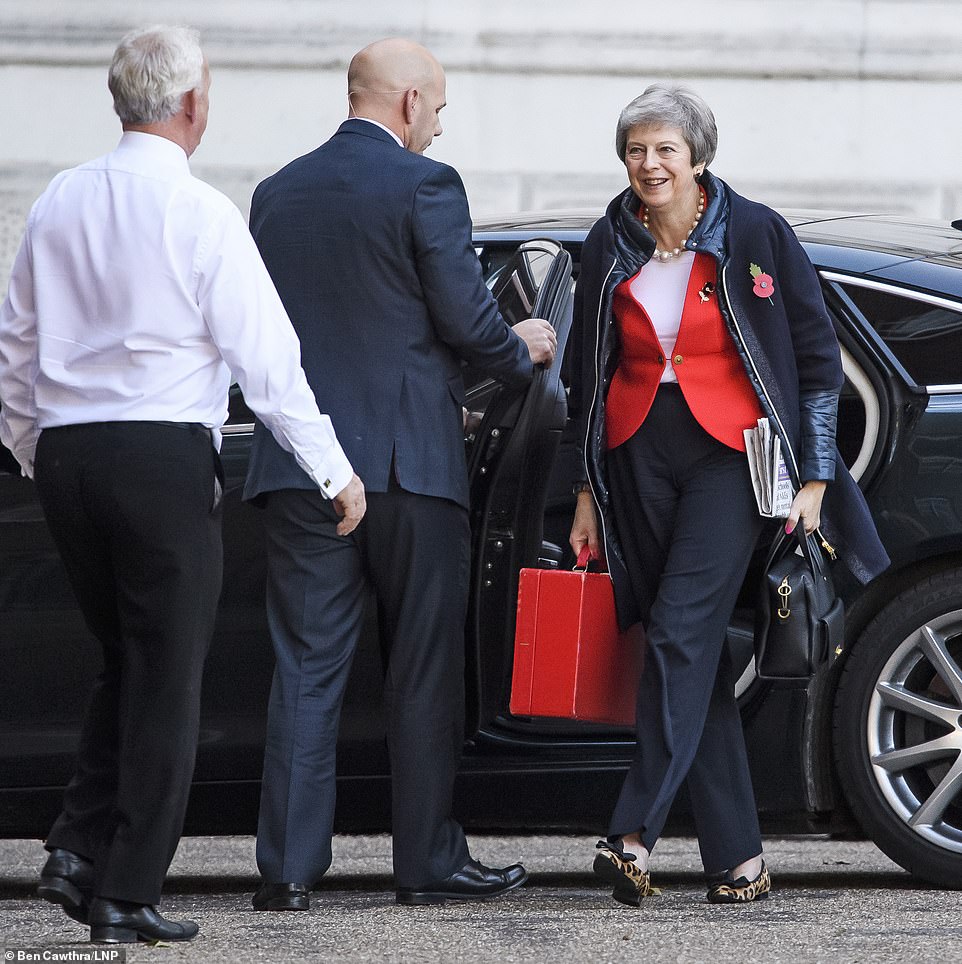 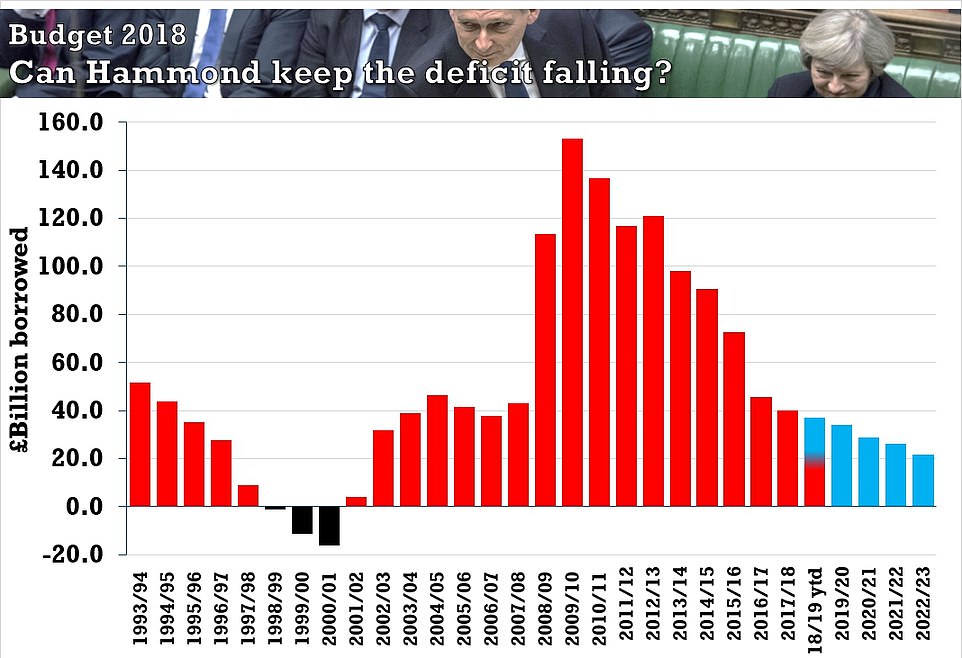 Accident and emergency departments will be required to have specialist mental health workers on call at all times, and a fleet of dedicated mental health ambulances will be used to respond to 999 calls so people can get treatment without having to make stressful trips to hospital that can make their conditions worse.

More people will also be able to access mental health services at community drop-in centres so they do not need to go to A&E. The NHS will increase the number of ‘crisis cafes’, which offer out-of-hours support in the evenings and at weekends.

Every school in Britain will get a mental health support worker to help pupils suffering from depression, self-harm and eating disorders.

Specialist crisis teams for children and younger people will be established across the country to build links between schools, social services and young people’s mental health services.

Millions of pounds are to be spent planting trees on residential streets and in town centres, Philip Hammond will announce today.

The Chancellor hopes that a £60million pledge to increase the amount of greenery around the UK will boost house prices, prevent flooding and help absorb air pollutants.

Two pots of cash will be unveiled, including £10million for trees in streets and urban areas, matched by funding contributions from local authorities, community groups and charities, the Treasury said. On top of this, up to £50million will be made available to buy carbon credits from landowners who agree to plant new woodland, which could lead to an estimated 10 million new trees over the next 30 years.

It follows the launch of the Government’s 25-year environment plan at the start of the year.

The Budget is also expected to approve a study into a new ‘Great Thames Park’ in the Thames Estuary.

More than 55,000 adults with severe mental illness will be helped by the NHS to find employment through a work placement and support scheme.

There is set to be around £160million more for specialist police who identify and tackle terror threats. London Mayor Sadiq Khan has been claiming that Scotland Yard faces an effective £600million funding cut.

When Mrs May announced the extra funding for the NHS, she suggested taxpayers will need to contribute a ‘bit more’ to pay for it. However ministers have yet to say exactly where the money will come from.

Mr Hammond was handed a windfall of £13billion due to better-than-expected borrowing figures, easing some of the pressure to put up taxes.

However his statement will be closely watched to see where he does decide to apply the pain.

One target for the Chancellor could be the tax breaks for pensions savings which benefit millions of middle and high earners.

But such a move is likely to face fierce opposition from Tory backbenchers.

There has also been speculation that tax thresholds could be frozen rather than increased in line with a Tory manifesto pledge.

However, that would drag thousands more people deeper into the tax system and would also provoke howls of outrage from Conservatives.

Health Secretary Matt Hancock today played down the idea that the NHS funding is contingent on the Brexit issue being settled favourably.

‘We’ll see it in the figures today and that is irrespective of the deal that we get on Brexit.

‘Now, I think that we’ll get a good deal on Brexit.’

Speaking on Sky News’s Sophy Ridge programme yesterday, Mr Hammond said: ‘If we don’t get a deal, if we were to find ourselves in that situation then we would need to take a different approach to the future of Britain’s economy.

Asked if austerity would still end under a no-deal scenario, he said: ‘We would have to wait and see what the situation was.

‘If we left the European Union without a deal we would want to see how markets and businesses and consumers responded to that.’ 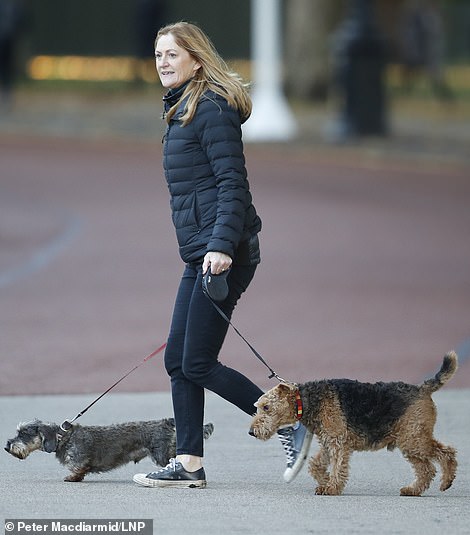 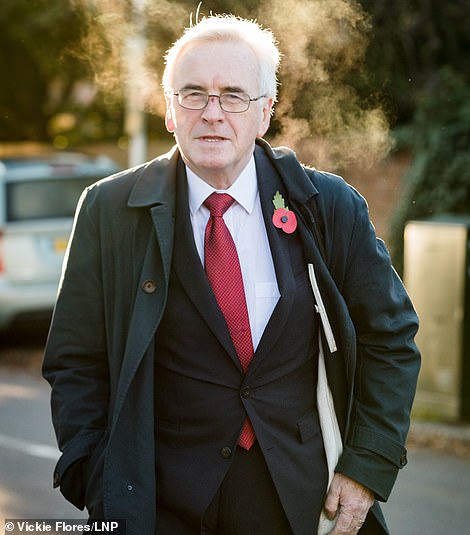 Mr Hammond’s wife Susan (left) was seen out walking their dogs near their London residence today. Shadow chancellor John McDonnell (right today) will have to sit and watch as by tradition the Opposition leader responds to the Budget 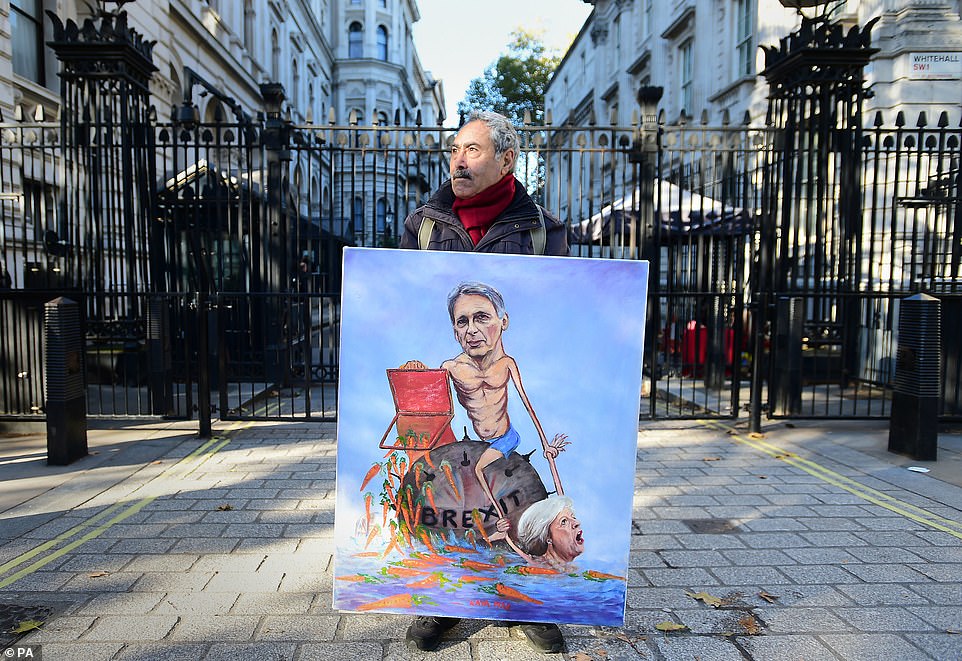 New digital shopping tax will boost the high street but shops MUST adapt to the internet age, Hammond says 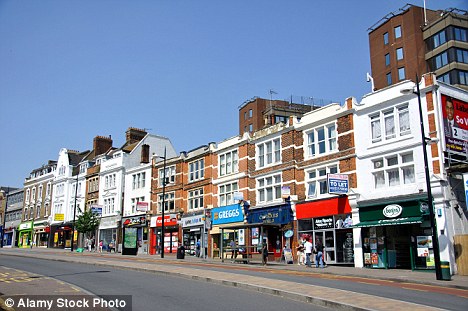 High streets will be boosted by a new fund today as online shops face higher taxes, the Chancellor will announce

In today’s Budget, the Chancellor is expected to set out a timetable for bringing in a digital tax so internet giants pay their fair share.

He will also announce a £650million Future High Streets Fund that will help town centres adapt, as well as a £900million business rates cut for independent retailers.

But Mr Hammond – who admitted being an Amazon shopper – told Sky’s Sophy Ridge on Sunday yesterday: ‘The British have taken to online shopping like no other nation on earth. Our high streets have to change.

‘We’ve got to help the high street to evolve and the high street of the future will have fewer retail outlets and more leisure destinations, more food and drink outlets.

‘I expect the high streets of the future will be smaller with more of the areas around them redeveloped as housing.’

Philip Hammond is set to unveil a commemorative Brexit coin to mark Britain’s departure from the EU.

The Chancellor will reportedly announce details of the seven-sided 50p piece in the Budget today.

The coin will be available from March 29, 2019 at 11pm – the day the UK leaves the EU – and is expected to carry the words ‘Friendship With All Nations’. 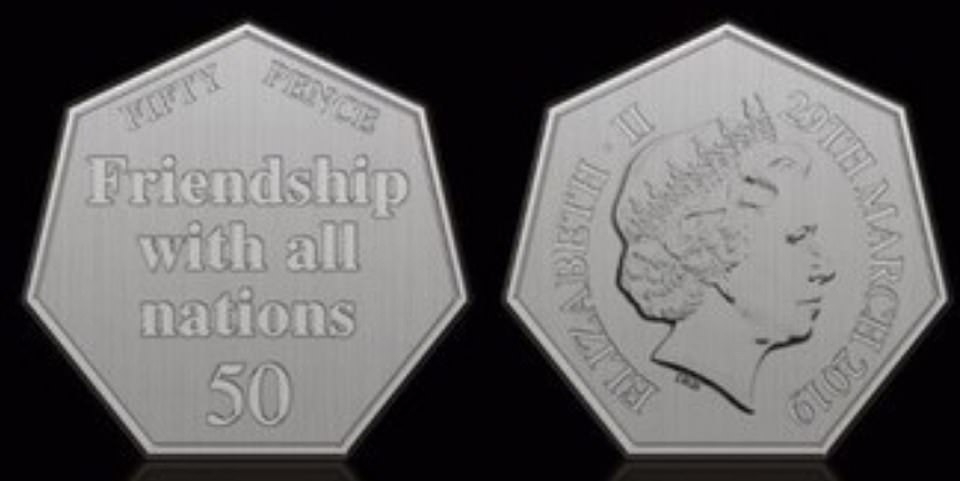 The Brexit coin will be available from March 29, 2019 at 11pm – the day the UK leaves the EU – and is expected to carry the words ‘Friendship With All Nations’

The coin has to be personally signed off by the Queen, as it will bear her head, and is reportedly a bid to win over pro-Brexit MPs who have accused the Chancellor of being pessimistic over Brexit.

In 2016, the Royal Mint produced one-off coins featuring the much-loved Beatrix Potter character Peter Rabbit which sold on eBay for more than £20.

Every school will have a mental health specialist to help pupils struggling with depression and eating disorders, Philip Hammond will announce 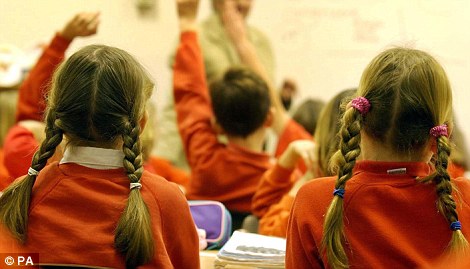 Schools will also get new dedicated teams to support pupils with mild and moderate mental health problems, the Chancellor will announce today

Every school in Britain will get a mental health support worker to help pupils suffering from depression, self-harm and eating disorders, Philip Hammond will reveal today.

The Chancellor will announce in the Budget that at least one tenth of the £20 billion-a-year extra funding promised for the NHS will go to improving mental health services.

He will say the £2 billion-plus annual boost will help deliver a commitment to give patients suffering from mental health conditions the same level of care as those with physical ailments.

The extra cash will help pay for the provision of round-the-clock ‘comprehensive’ mental health support in every major accident and emergency department, ensuring anyone experiencing a crisis can get rapid specialist help. Officials say it will be backed up with more mental health ambulances and the establishment of dedicated mental health teams in schools, linking them to other support services.

More people will also be able to access mental health services at community drop-in centres so they do not need to go to A&E. The NHS will increase the number of ‘crisis cafes’, which offer out-of-hours support in the evenings and at weekends.

Specialist crisis teams for children and younger people will be established across the country to build links between schools, social services and young people’s mental health services.