A Buffalo museum has made a rare discovery within its own collection: a fully intact egg from the extinct elephant bird that until now, was thought to be fake.

Curators at the Buffalo Museum of Science were cataloging pieces in the museum’s collection when they realized and confirmed that the foot-tall egg had been mislabeled as a model.

Measuring 28 inches around, it weighs more than three pounds and is around 200 times the size of a hen’s egg. The museum will unveil the egg to the public May 1.

A Buffalo museum has made a rare discovery within its own collection: a fully intact egg from the extinct elephant bird that until now, was thought to be fake 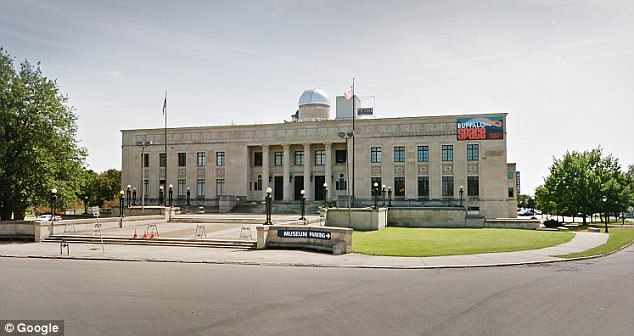 The massive, partly fossilized egg, laid by the now extinct elephant bird, is extremely valuable. In 2013, another egg went for more than $100,000 at a London auction.

Examples of whole eggs are extremely rare and experts say there are fewer than 40 intact elephant bird eggs held in public institutions.

The elephant bird, which resembled an 10-foot-tall ostrich, is thought to have been hunted to extinction in Madagascar between the 14th and 17th centuries.

It weighed between 770 and 1,100 pounds and laid the largest eggs of any vertebrate, including dinosaurs.

Occasionally fossilized elephant bird eggs are found intact and the National Geographic Society in Washington holds a specimen of an Aepyornis egg which was given to Luis Marden in 1967. 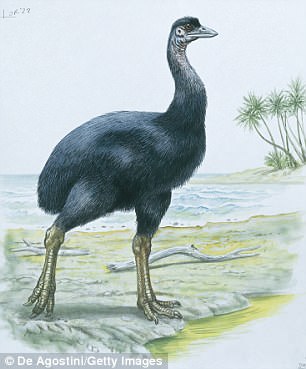 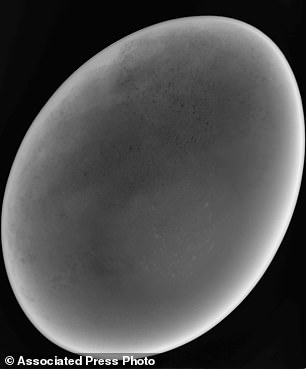 The massive, partly fossilized egg, laid by the now extinct elephant bird, is extremely valuable (left is a sketch of an elephant bird, right is the X-rayed egg) 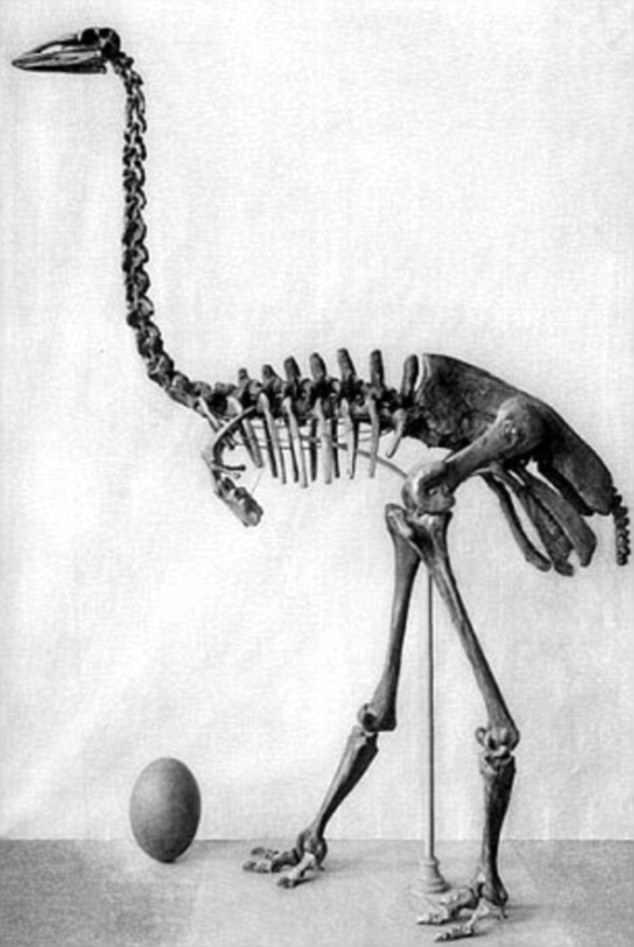 Bulky: The elephant bird, the largest bird that ever lived, was more than 10ft tall and weighed 70st

The specimen is intact and contains the skeleton of the unborn bird.

In Denver, the Museum of Nature and Science holds two intact eggs, one of which is currently on display. Another giant Aepyornis egg is on show at the Harvard Museum of Natural History in Cambridge, while a cast of the egg is preserved at the Grant Museum of Zoology at London University.

It is widely believed that the extinction of Aepyornis was a result of human activity. The birds were initially widespread, occurring from the northern to the southern tip of Madagascar.

One theory states that humans hunted the elephant birds to extinction in a very short time for such a large landmass (the blitzkrieg hypothesis). There is indeed evidence that they were hunted and their preferred habitats destroyed.

Their eggs may have been particularly vulnerable. A recent archaeological study found remains of eggshells among the remains of human fires, suggesting that the eggs regularly provided meals for entire families.

WHATEVER HAPPENED TO THE ELEPHANT BIRD?

Elephant birds are an extinct family of flightless birds found only on the island of Madagascar and comprising the genera Aepyornis and Mullerornis.

They are among the heaviest known birds (Dromornis stirtoni of Australia reached a similar weight).
The reasons for and timings of their extinctions remain unclear, although there are written accounts of elephant bird sightings on the island in the 17th century. 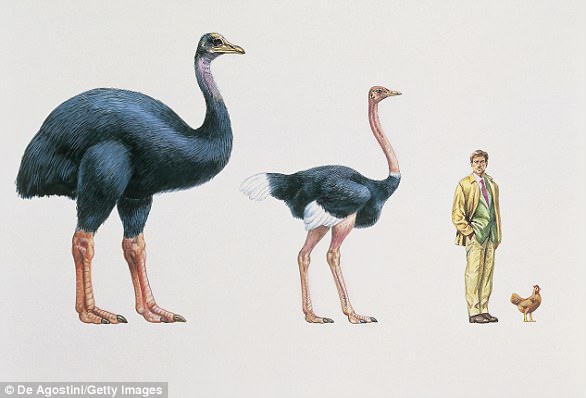 The famous explorer and traveller Marco Polo mentions very large birds in his accounts of his journeys to the East during the 12th–13th centuries.

These earlier accounts are today believed to describe elephant birds.

The egg volume can be up to 160 times greater than a chicken egg.