A Buffalo Wild Wings eatery in Louisiana has sparked outrage after a staffer scrawled a mean-spirited and vulgar note on a homeless customer’s receipt.

The incident took place at the Lake Charles, Louisiana, location on Memorial Day.

The unnamed homeless man walked into the restaurant and ordered a small plate of honey barbecue wings to go.

Rude and crude: A Buffalo Wild Wings employee in Louisiana was fired after scrawling this rude message on a homeless diner’s receipt 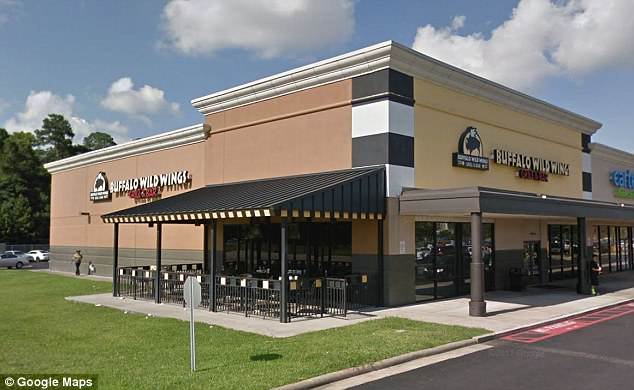 The employee who took his order printed the receipt and wrote across the top: ‘For homeless f***! Let [sic] sit & get gross. I love you.’

The patron was deeply offended by the rude remark and showed the slip of paper to other diners, among them Kailynn Weston.

Weston tells the station KPLC-TV she was upset and angry that the female worker who chose to bully the vulnerable patron and decided to take action.

‘I walked up to the manager and I said, “This isn’t right and I demand that she get fired or something happen because I won’t come here anymore, for sure, and I’ll let other people know not to come here anymore, because it’s not okay,”’ Weston said.

The management of the fast-food franchise acted swiftly to rectify the situation and offered the homeless diner free wings for a year. The eatery also donated an additional 800 wings to a local homeless shelter. 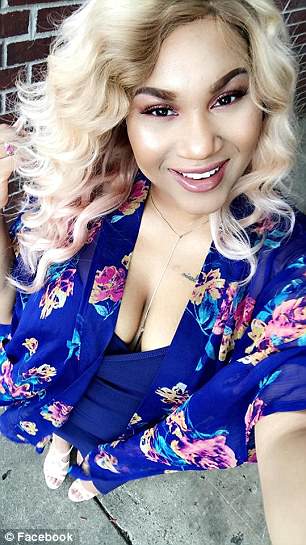 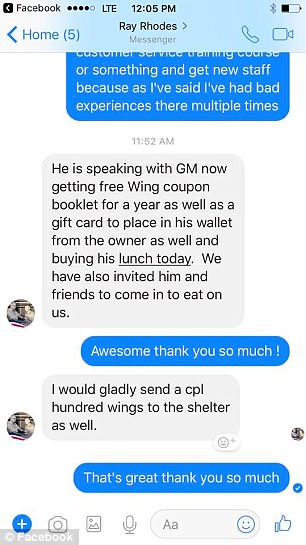 Regional manager Ray Rhodes also helped put up the down-on-his-luck customer at a hotel room and handed him a Walmart gift card so he could buy himself some clean clothes.

Rhodes said the employee who penned the heartless message has been fired.

‘It’s embarrassing for this gentleman and it’s very inhumane on the part of the employees,’ he said. ‘It’s not our culture and it’s not who we are.’

Headquartered in Minnesota, the Buffalo Wild Wings chain currently boasts more than 1,200 locations around the world.