Boy, this rain is bugging me: Amazing pictures show how microscopic insects cope in a downpour

They say its a bugs life, but a collection of new photos sheds a new light on the secret life of an insect.

The images make them look more like aliens than insects. 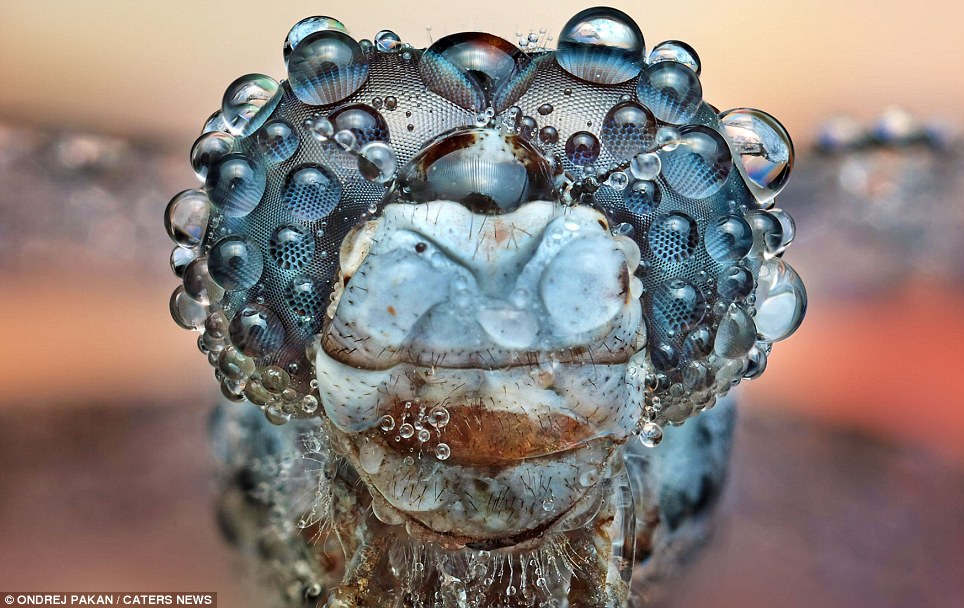 Tiny droplets of water make the bugs take on an altogether different look – inflating them to a bigger size once they are covered in liquid.

In one eye catching photo an ant looks to be straining under the heavy weight of water droplets settling on his body.

Another shows a huge wasp about to take flight doused in water.

While one blue-eyed bug can be seen staring down the lens of Ondrej’s camera – covered in dots of water. 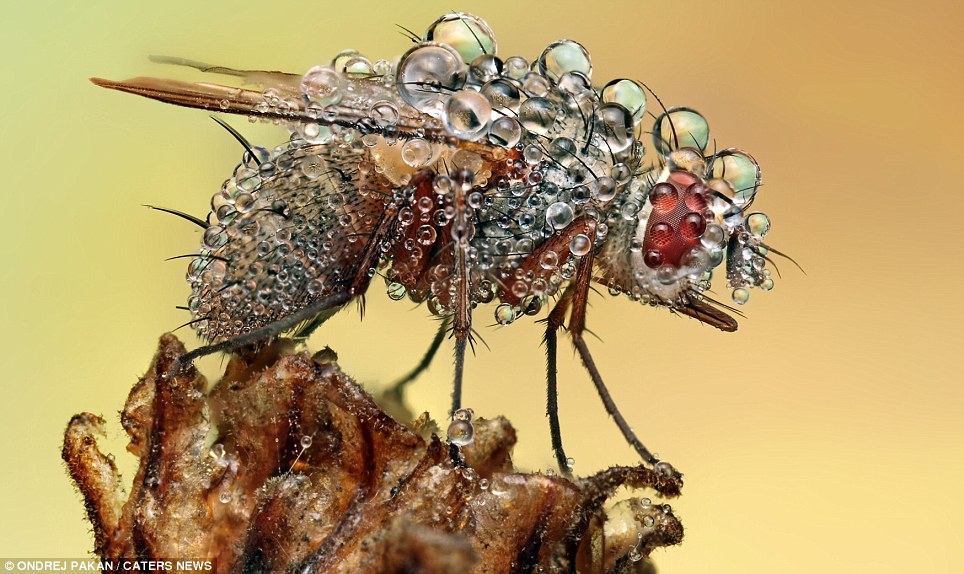 Is that a wasp: The water droplets make the body of the wasp almost twice as big 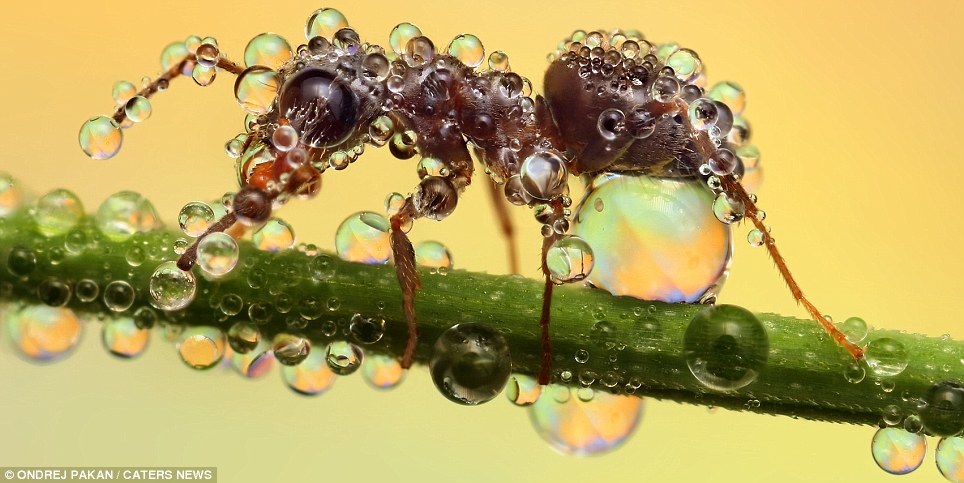 The Slovakian photographer specialises in capturing the world’s microscopic insects seconds after a downpour but also has to dodge the showers himself.

He said: ‘I get soaked waiting for the rain to finish, but it all seems worth it when you get really great shots of the insects with drops on them. 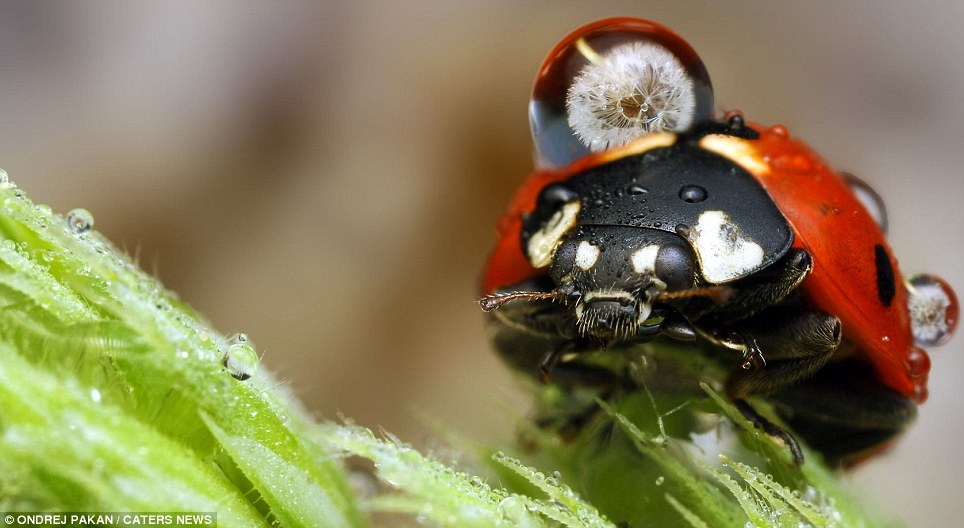 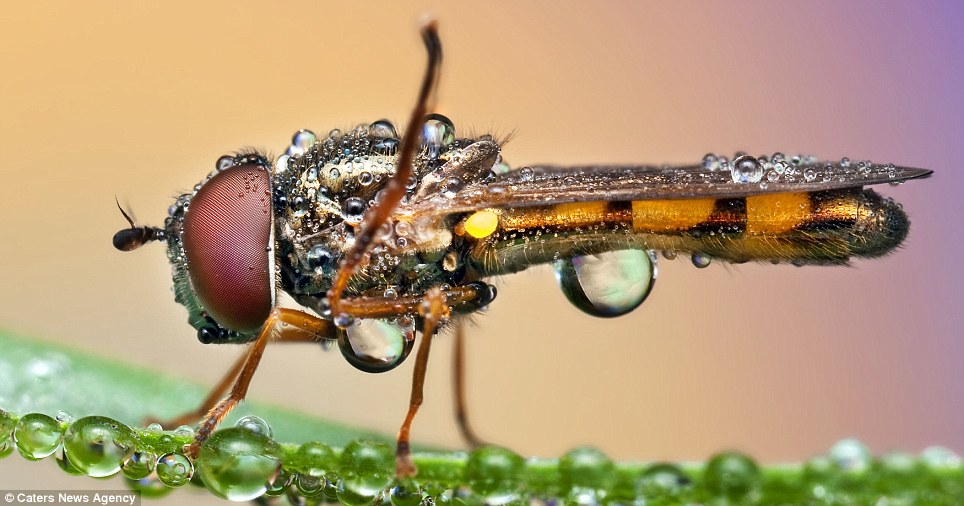 ‘It’s a challenge not letting your equipment get too wet in some of the more exotic locations.

‘People seem to really like the colours and the way the water magnifies features of the insects.’

Ondrej used his trusty Canon 40D with a special lens to capture the amazing shots. 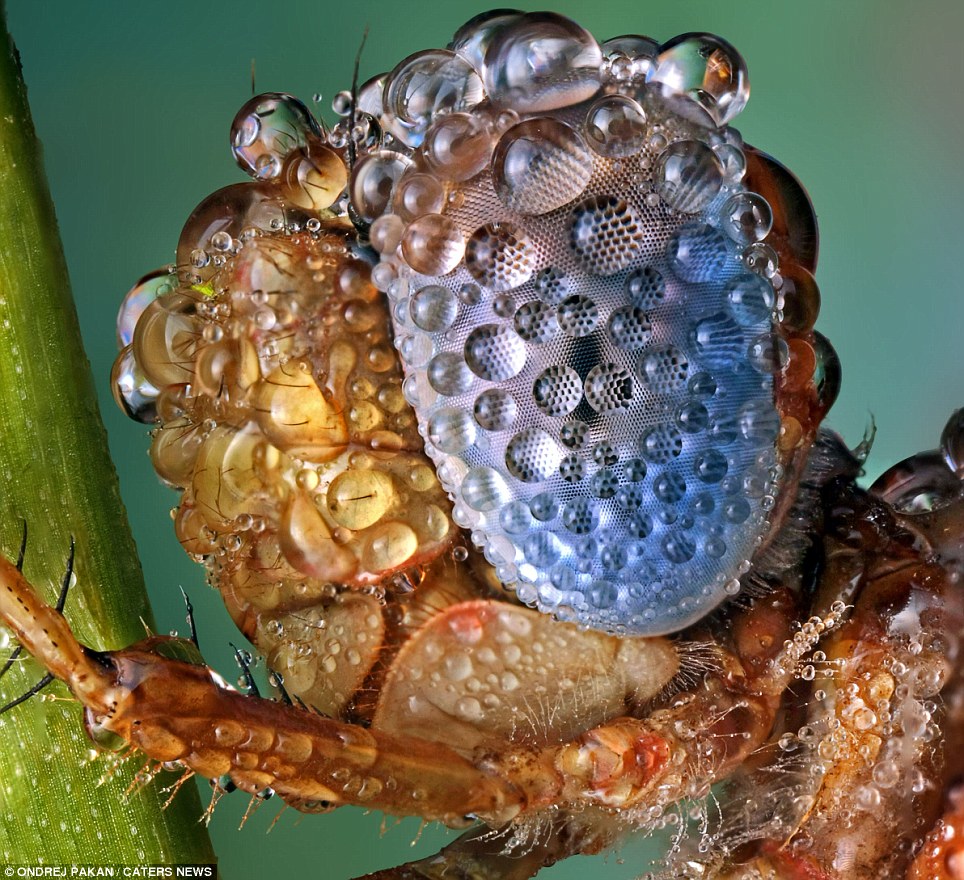