England star Bukayo Saka challenges Jack Grealish, Declan Rice and James Maddison in a World Cup ‘spelling school’… with their awful answers on ‘rhythm’ and ‘pronunciation’ leaving him in fits of laughter!

Bukayo Saka has been spending his time off quizzing his England team-mates Jack Grealish, Declan Rice and James Maddison on their spelling.

The 21-year-old created a TikTok account and shared a series of videos entitled ‘Saka’s Spelling School’ from inside the England camp.

Grealish, Rice and Maddison became Saka’s first victims, having misspelt the three words they were presented with during the hilarious videos. 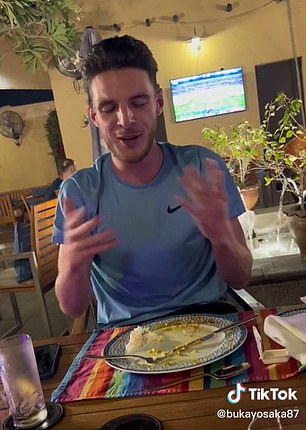 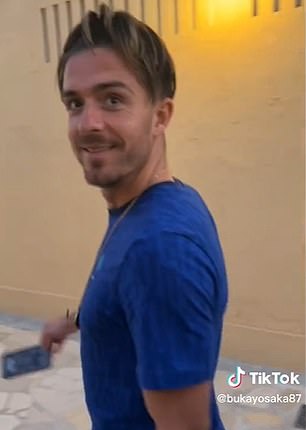 Saka was sat at the dinner table with Rice and Mason Mount when he started testing his team-mates.

Rice was heard practicing before the 21-year-old challenged him to a spelling test. Saka started the test by asking Rice to spell ‘pronunciation’.

The England midfielder responded by calling out the following letters: ‘P R O N O’ before shaking his head and saying ‘oh no I’m doing it too slow’.

Saka then interjected saying: ‘You’re getting it wrong’ before bursting out into laughter alongside Mount.

Rice, who looked somewhat mortified by his own answer, couldn’t help but laugh along with his team-mates after trying to justify his mistake.

Maddison, who was sporting a big smile after passing Saka’s previous test, began to call out the following letters: ‘A E S T E T H I C’.

Saka responded saying: ‘You’re wrong, stop smiling like that you’re wrong’ before bursting out into laughter.

Saka then turned his attention to the former Aston Villa captain and said: Hey, Mr Grealish, do you want to spell something really quick?’.

Grealish turned in Saka’s direction and waited to hear what came next. The England forward said: ‘spell rhythm.’

Maddison was heard criticising Saka, asking why Grealish got given an ‘easy’ word to spell. However, it’s safe to say it wasn’t easy for the 27-year-old.

Meanwhile, Saka is known for being intelligent. He is said to have achieved four A*’s and three A’s in his GSCE’s despite being involved in the Arsenal set-up at the time.

The England star took his exams in 2018, just six months before his Arsenal debut against Vorskla Poltava in the Europa League. 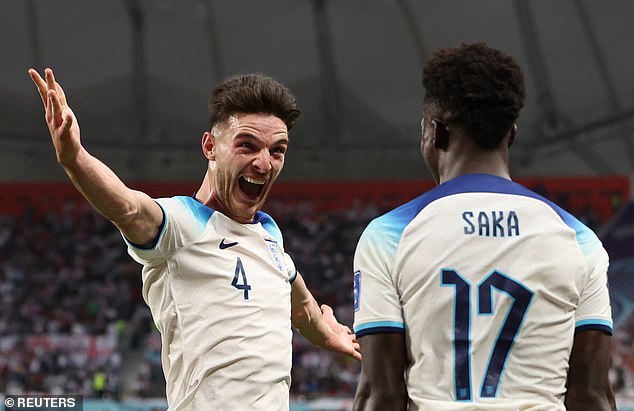 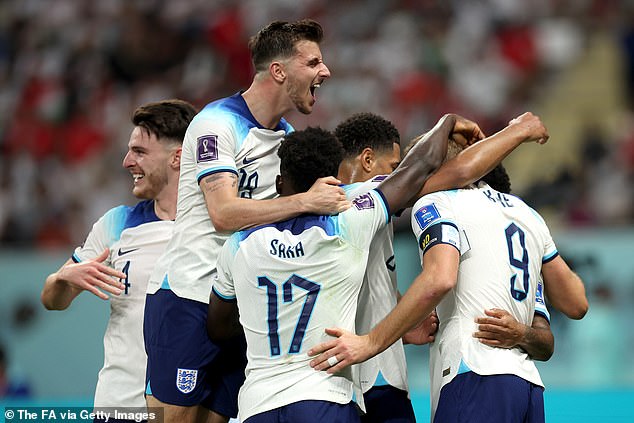 The hilarious videos were recorded ahead of England’s quarter-final clash with France on Saturday evening.

England were afforded time off to recover from their 3-0 win over Senegal in the last-16 of the World Cup.

Saka found the back of the net in the 57th minute of the game to secure England’s third and final goal of the game.

The 21-year-old will be hoping to add to his tally against Didier Deschamps’ side on Saturday night.