‘Bukayo Saka knows now that he must be a KILLER’: Thierry Henry lauds ruthless instincts of star

‘Bukayo Saka knows now that he must be a KILLER, not a nice guy when he crosses that line’: Thierry Henry lauds ruthless instincts of Arsenal winger after starring role in win over West Ham

Thierry Henry has emphatically backed Bukayo Saka to turn himself into a ‘killer threat’ after the Arsenal winger scored in his side’s 3-1 Boxing Day win over West Ham United.

Saka rounded off a brilliant individual and team performance to come from behind, with the Arsenal and Three Lions star scoring the first of three goals as Mikel Arteta’s side came from behind to claim victory.

The 21-year-old has emerged as one of the Premier League’s best young players in recent seasons and has been a standout performer in Arsenal’s rise to the top of the league. 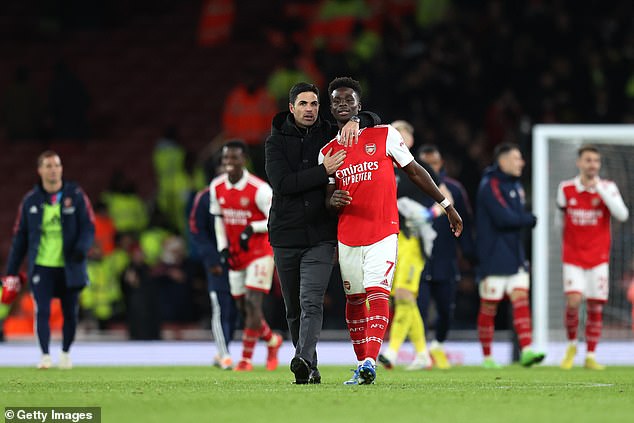 Arsenal legend Thierry Henry now wants Saka to take his game to higher heights and having spoke to the star pitchside stressed the importance of becoming a ‘killer threat’.

‘That standard can’t be nice. When you pass that line is has to be you or the guy. It better be you and he understands that now,’ he added.

Henry coined a reputation for being a no-nonsense defender during his tremendous spell in the Premier League that saw him become the club’s record goal-scorer with 228 strikes to his name. 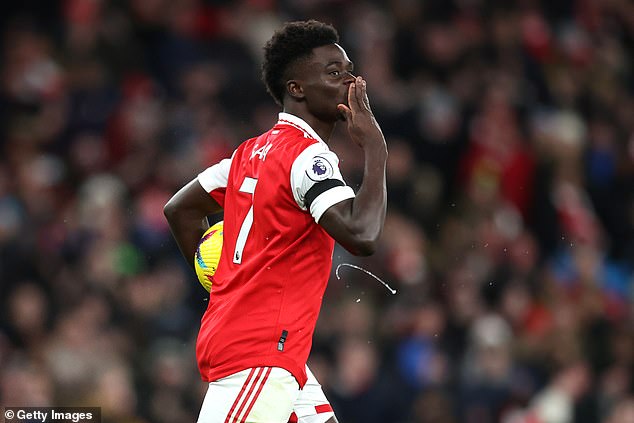 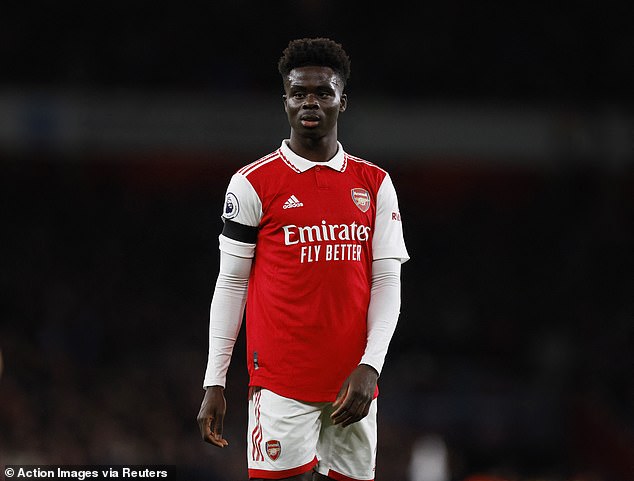 Saka may be someway behind Henry’s record – scoring 21 Premier League goals so far – but is already on his way to becoming an Arsenal legend if the Gunners can maintain their stronghold on top spot in the English top-flight.

Arsenal extended their lead over second-place Newcastle with Monday’s victory, and although remaining cautious, Henry – himself a title-winner with the club – believes the team’s current crop of players can go all the way. 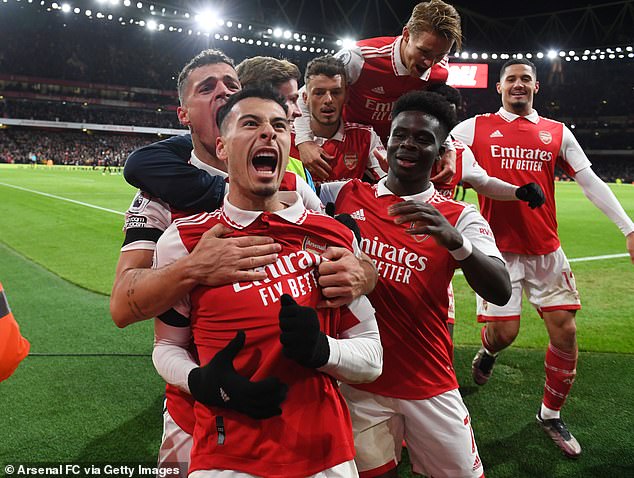 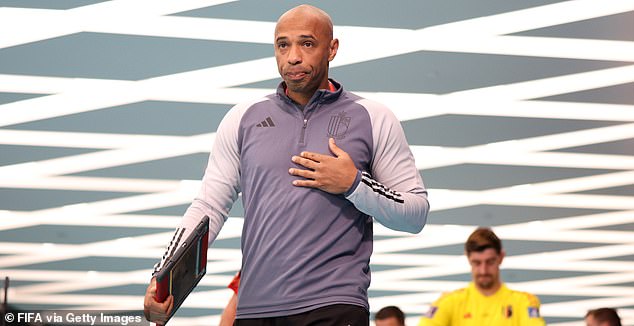 ‘We Arsenal supporters have been waiting for a team to compete, not 11 players, you win a title with a squad,’ he added.