Bukayo Saka has revealed Thierry Henry called him to offer support following his missed penalty in the Euro 2020 final, with the Arsenal legend continuing to mentor the England winger.

Saka missed England’s fifth and final penalty against Italy at Wembley last summer as Gareth Southgate’s side missed out on being crowned European champions.

Saka was asked this week about his evolution since Euro 2020 and the forward declared that he had ‘matured and progressed since’.

He also opened up on support received from Arsenal’s record goalscorer Henry, who made contact with Saka in the aftermath of the final to offer his support and guidance.

‘It meant everything,’ Saka said at an England press conference. ‘He showed a lot of character to obviously get my number and reach out to me.

‘It’s not just from that moment. After most Arsenal games he reaches out to me and he’s still so passionate about the club. 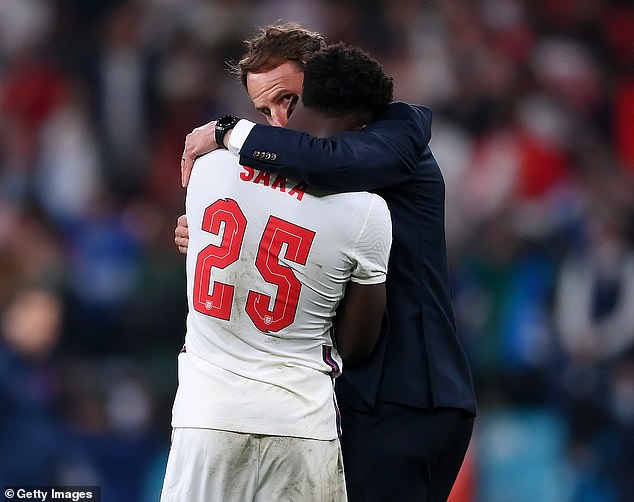 Saka reflected on the influence of Henry and Robert Pires on Arsenal prior to England’s World Cup quarter-final meeting meeting with France on Saturday.

Henry and Pires were part of France’s World Cup winning squad in 1998 before becoming vital players for Arsenal under Arsenal Wenger.

The pair were instrumental in the club winning two Premier League titles and two FA Cups.

Saka, who joined the Arsenal academy at the age of seven, said he had received guidance from Henry and Pires, who have both spent time coaching at the club. 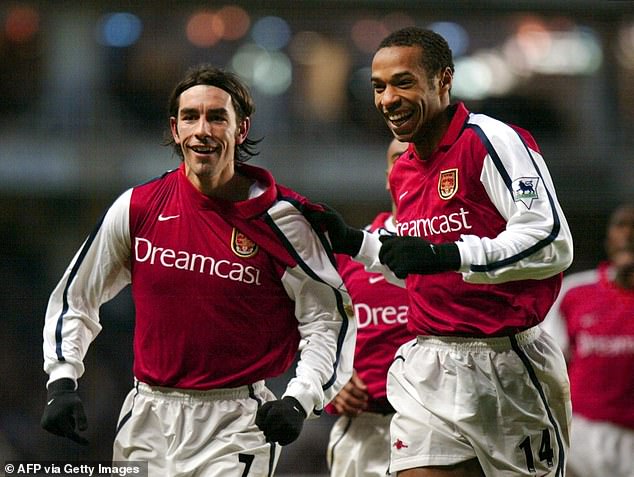 Saka reflected on the guidance given to him by Arsenal greats Henry and Robert Pires, left 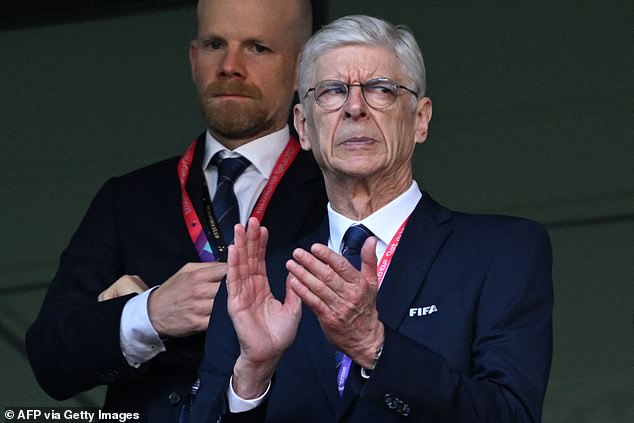 The 21-year-old admitted having ‘regrets’ about having not met Wenger to date, due to not yet being involved in the first team set-up in the Frenchman’s final years at the club.

‘One of the things I was not able to do was meet Arsene Wenger, I know how my dad loves him, how much everyone at the club loves him and I know what he done for the club, of course,’ Saka said.

‘Then of course we have so many other French players, you know, Thierry and Robert Pires that have been around the club and spoke to me and helped me.

‘They still both support me to this day, so I’m grateful for them and of course on the pitch they were magnificent and they delivered silverware for Arsenal.

‘They will definitely be legends, always.’ 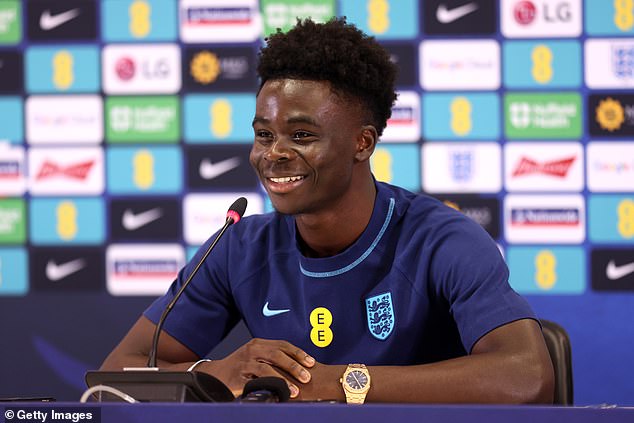 Saka had earlier laughed off comparisons with superstar Kylian Mbappe, who has been billed as France’s biggest threat prior to the quarter-final tie on Saturday.

He was also asked about other players in the current French squad that he admires prior to the clash.

‘I like William Saliba from the French team…’ Saka said, referencing his Arsenal team-mate.

‘No, they have so many players of course, if I have to name a few, I like Ousmane Dembele, as I think he’s really good.

‘They have so many quality players and we have to be ready for all of them in their own way.’