Bull in a china shop! Buffalo rams into pregnant woman

This is the terrifying moment a rampaging buffalo forces into a pregnant woman in a shop in east China.

The wild animal was close to being slaughtered when it escaped its owners, then took off into a busy area and entered a grocery store.

Supermarket CCTV shows an expectant woman, said to be several months pregnant, rushing away from the bull. However, it catches her and rams her with its horns.

According to Pear Video, the incident occurred in Yancheng, east China’s Jiangsu Province, on October 26.

The video shows the woman, who is believed to be pregnant, being pushed heavily into a shelf full of products before falling to the floor.

Several rows of items on the shelves are knocked down chaotically and scattered all over in the frightening attack.

Then as the clip ends the water buffalo stands at the end of the aisle.

Afterwards, the pregnant mother later was lifted out of the supermarket on a stretcher. 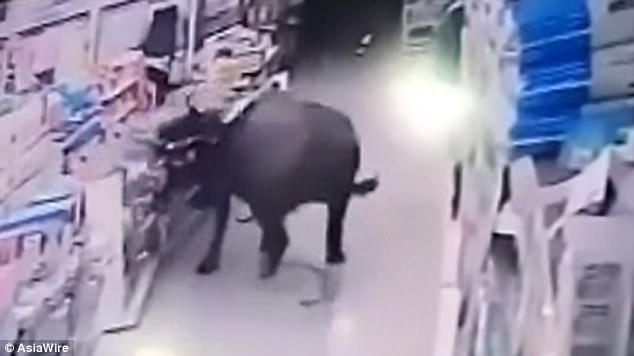 Forceful: The buffalo rammed into the expectant woman in the supermarket, in east China 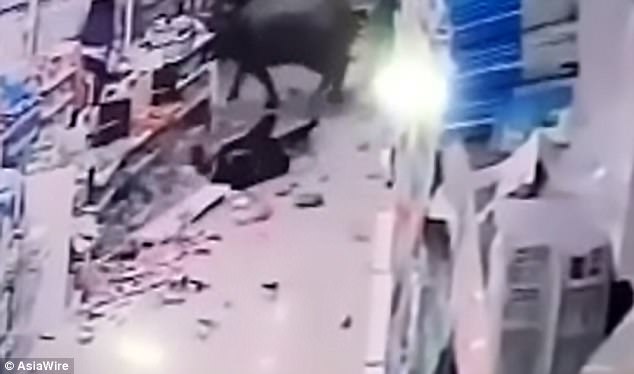 The woman is in a stable condition but was shaken up by the frightening incident. It’s uncertain whether her unborn baby was harmed.

The buffalo was eventually captured, however, police did not confirm whether they put down the bull immediately after the incident.

The owners of the wild animal are yet to be identified, but they are expected to compensate the woman for any injuries.

Investigations into the incident are still ongoing, 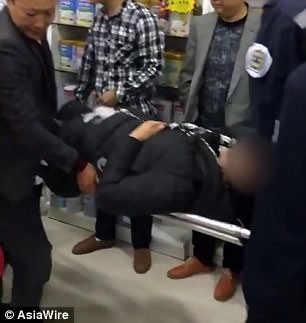 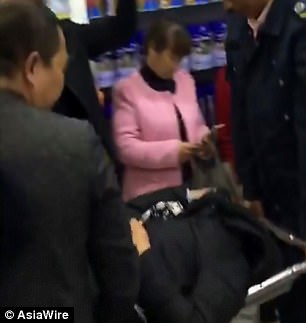