A bull-runner at Spain’s famous ‘bous al carrer’ festival is lucky to be alive after he was knocked flying and then trampled by the entire herd during a traditional event.

The startling scene was recorded by an onlooker during the festival – which translates as ‘bulls to the street’ – in the town of Almassora in the eastern Spanish region of Valencia.

In the video, dozens of people can be seen on the street when a black bull comes running into them, sending one man flying through the air and onto the ground. 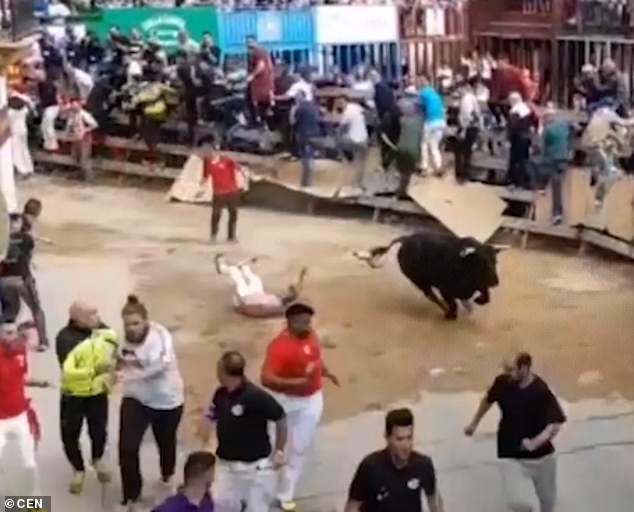 The man (centre) was one of four people hurt by bulls during this year’s festival, but none of their injuries were reported to be serious

The others in the street sprint away but the man on the ground, who has not been named in reports, then cowers with his hands over his head as a herd of bulls runs towards him.

The animals appear to try to avoid trampling on the man and he tries to get up – but is seemingly knocked back down by a bull as onlookers scream.

The bull-runner was one of four people reportedly injured in the event which only lasted two minutes. 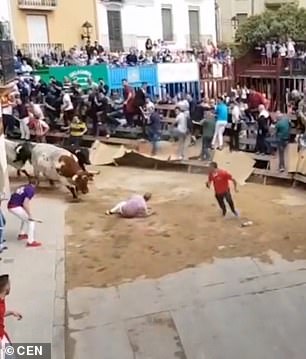 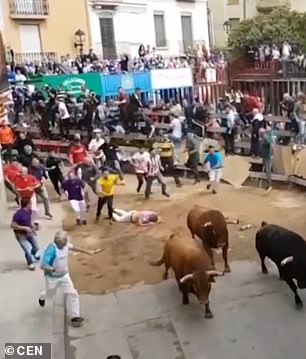 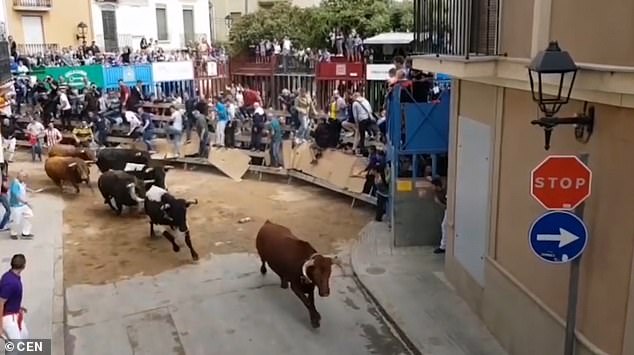 None of them were seriously hurt and it is unclear if they were taken to hospital, although all four were reportedly injured by bulls.

The traditional festival sees the animals left free to run through the streets, as happens in the famous bull running in the city of Pamplona.

Fences are placed on the sides of the streets to allow participants to jump to safety when the bulls are running towards them.