French bully-dog! Pooch teases his sleepy ‘brother’ by snatching a tasty treat from his mouth and then waving it under his nose

A French bulldog snatched a treat away from the English bulldog he shares a home with after he got fed up of sharing.

Abundance, 2, held a dry treat next to Feel Good, a  21-month old English Bulldog he shares a family with at their home in Bangkok, Thailand.

But as soon as Feel Good started to take a nibble on the snack his brother snatched it away resulting in a disgruntled bark.

Almost sensing a game Abundance turns around and holds the snack close to Feel Good’s face.

He even lifts the treat up out of the reach of his brother who seems too sleepy to make much of an effort to grab for it.

And every time Feel Good does try to snap at the treat it is quickly pulled further out of his reach by Abundance. 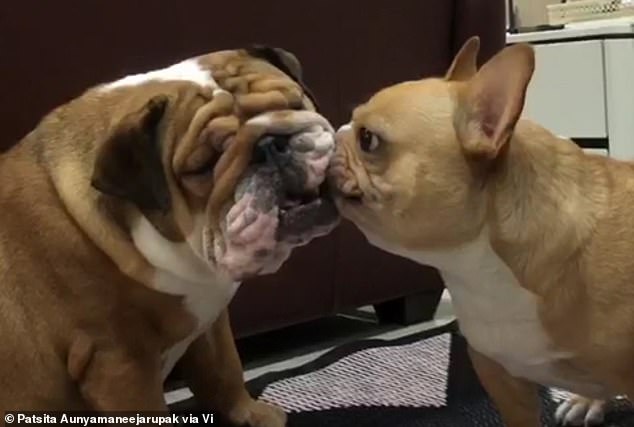 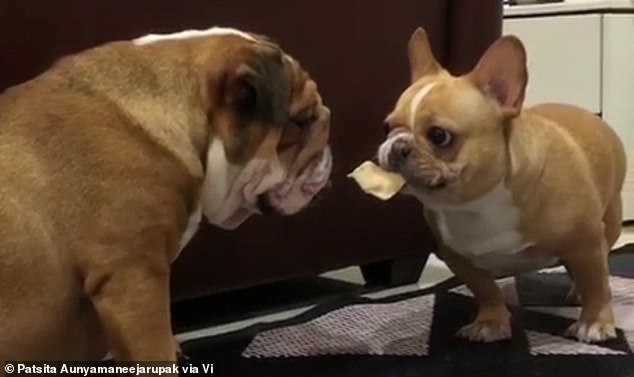 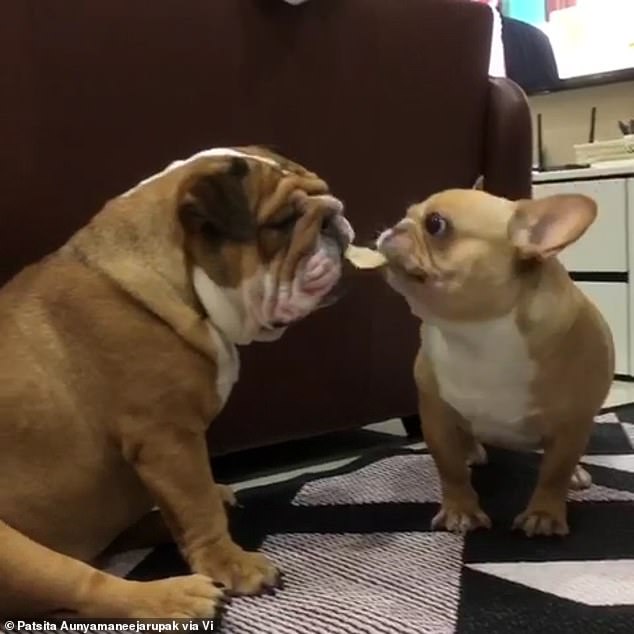 Although the pair, who are different breeds, are not related their owner Patsita Aunyamanerrjarupak calls them brothers.

She said: ‘My French Bulldog was bullying his younger brother. He was so sleepy and looked so sad he couldn’t get the treat.

‘The older dog with the snack in his mouth is called Abundance and he is two-years-old.

‘The other dog is called Feel Good and he’s one year and nine months old.

‘They’re best friends though really. Both of them are so sweet but they have very different personalities.’