A 16-year-old girl jumped off Waterloo Bridge eight months after a mental health service for young people closed her case, an inquest heard,

Rebekah Legg-Mead had suffered bullying and had to be home schooled when she tragically died.

Her inquest heard although she was referred to mental health services by her GP, she was never asked about whether she had suicidal thoughts and eight months before she died, her case was closed.

Rebekah Legg-Mead, 16, died after he jumped from Waterloo Bridge in London 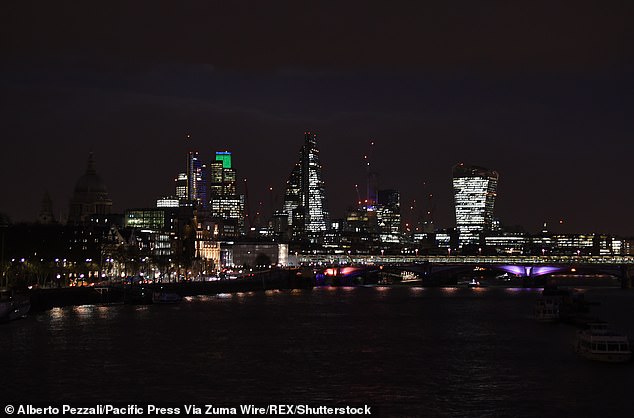 But a coroner could not rule the death a suicide because although she had left a note saying she ‘couldn’t take it anymore’ she screamed for help once she was in the water.

A man making his way home jumped into the Thames in a vain bid to save her in the early hours of July 10, 2016.

West London Coroner’s Court heard her GP had referred her a year before her death to the Tavistock and Portman Child and Adolescent Mental Health Service (CAMHS) in north London.

Her family’s lawyer applied to have an Article 2 inquest – meaning social services and CAMHS could be investigated for wrong-doing at the hearing.

But Assistant Coroner Catherine Wood denied this request, saying: ‘Rebekah was undoubtedly vulnerable, but the risk to her life could not have been foreseen.’

A statement was read from Rebekah’s mother that detailed her going down the wrong path after ‘constant bullying’.

Sarah Legg-Mead said her daughter had been a ‘caring and loving’ person had plenty of friends before going to Parliament Hill Secondary School in Highgate, north London.

Mrs Legg-Mead said: ‘This was not my first choice but a good friend of Rebekah’s was going there.

‘Unfortunately shortly after her friend left the school because her mother died. After that Rebekah was constantly complaining of bullying.

‘The school was not very helpful with my complaints. It got so bad that I eventually took her out of school and home schooled her.

‘Unfortunately the bullies followed her out of school.

‘She started hanging around with unsavoury characters, she said it was better to be friends with them than being their victim.’

The relationship between Rebekah and her mother then began to deteriorate and Mrs Legg-Mead said: ‘She started sneaking out and had mood swings.’

It was decided Rebekah would move to Brighton to live with her father and Mrs Legg-Mead said: ‘I just wanted to put distance between her and those people.

‘But she kept coming back to London to see them.’

Rebekah was referred to CAMS by her GP in July 2015 and was assessed in the meeting as ‘aggressive’ and had been both the victim and perpetrator of assaults against and by her peers.

It was revealed the therapist assigned to Rebekah was leaving the job soon and she was only seen by CAMHS once.

Dr Rob Senior, a consultant child and adolescent psychiatrist and medical director of CAMHS, conducted an investigation following her death.

He said, although not placing any blame with CAMHS, that in future a therapist who was leaving his job soon would never again be allocated to someone as vulnerable as Rebekah.

Giving evidence at the inquest Dr Senior said : ‘I accept that she was someone with substantial vulnerabilities and perhaps should have been seen by someone else.

‘CAMHS services are stretched in resources and sometimes patients are handed over to other people.

‘For the record I don’t think that could be seen as contributory to her death but in terms of our practice, it was not ideal.’

But he added: ‘We had no reason to believe that at the time when we saw her she was an imminent and immediate danger to herself.

‘It was a good assessment but it was incomplete.

‘I would speculate that other things most certainly happened between when she was seen by us and when she died.’

He said following the investigation into Rebekah’s death, ‘more robust’ training for people in risk assessment had been put in place.

Dr Senior said: ‘There were questions that were not asked. An opportunity was missed, I regret that it happened like that.

‘Whether it would have made a difference to the outcome if she was asked about suicidality, it’s impossible to know.’

A post mortem report concluded, although it was impossible to rule out drowning, Rebekah died from ‘immersion and head injury’ she sustained after the fall.

The inquest heard that two men who were coming from a nightclub nearby heard Rebekah screaming for help at about 5am.

She was in the water shouting ‘help me, help me, I can’t swim’.

Dawson Correia Lima said: ‘I heard a girl screaming loudly “someone help me”. I saw her and she was struggling to keep her head above water.

‘I jumped into the water and swam about 20 metres.’

But Mr Lima was unable to find her and pulled himself onto a boat.

He said: ‘I was so upset that I hadn’t been able to save her.’

Rebekah left a note on the Bridge addressed to her friend saying she ‘couldn’t take it any longer’.

She added: ‘I want you to tell my family how much I really love them – I didn’t do this to hurt them.’

Ruling out a conclusion of suicide, the coroner in a narrative conclusion said: ‘The note indicates intention but it is inconsistent with her behaviour in the water.

‘Therefore I cannot rule this a suicide.

‘She may have made an impulsive decision. Rebekah died as a consequence of her own actions, her intentions being unclear.’