Bulls guard Goran Dragic has praised his international teammate Luka Doncic for his ‘unbelievable’ play on the back of scintillating week for the Mavericks.

Doncic has averaged an outrageous 44.3 points over his last four contests, including a historic 60-point, 21-rebound, 10-assist outing vs. the Knicks as he led Dallas to a comeback win in overtime.

It’s a testament to the Slovenian’s current level that his 50-point performance just four days prior was relegated to the background, as Doncic became the first Mavs player to notch 60 points and the first player with a 60-20-10 line in the NBA. 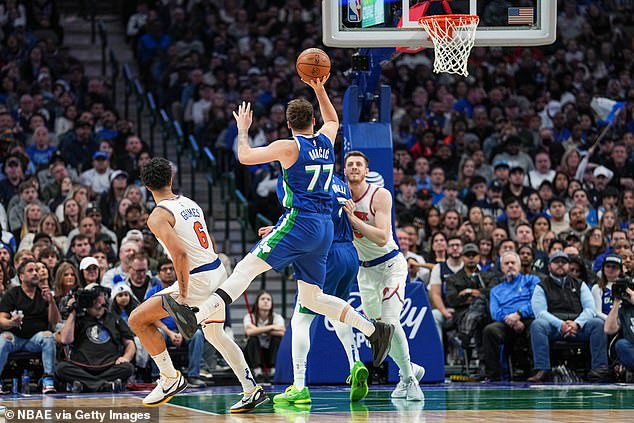 Doncic scored 60 points in an outrageous performance for Dallas vs. the Knicks on Tuesday

And Dragic is thrilled – but not surprised – to see the 23-year-old excelling.

‘I mean it’s unbelievable to see what he’s doing,’ Dragic told DailyMail.com Friday ahead of the Bulls’ game in Paris on January 19 vs. the Pistons.

‘I’m so happy for him that he got so much success.’ 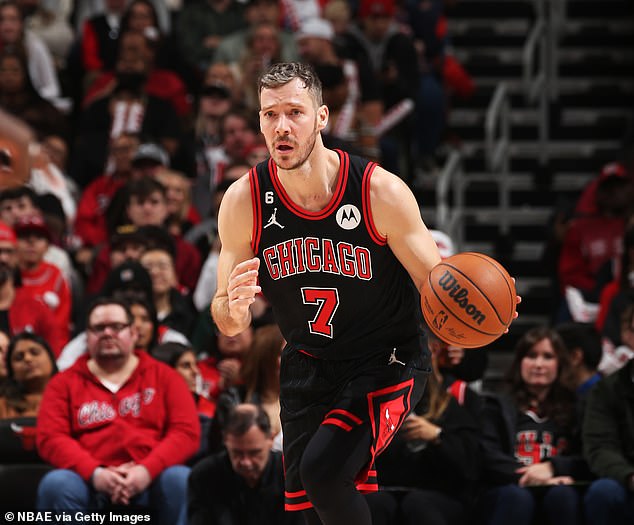 The 36-year-old Dragic is averaging 8.1 points per game for the Bulls this season off the bench

The NBA veteran Dragic shares a longtime connection with Doncic, having previously played with his father Sasa for Slovenia and meeting Luka when he was just five years old, according to NBC Sports Chicago.

And since 2017, when the younger Doncic made his senior international debut at the EuroBasket tournament, Dragic has counted the Mavs star as a teammate as well.

The pair managed to win the country’s first basketball title that summer, and Dragic hinted Friday that he’ll try for another medal with Doncic at this year’s FIBA World Cup.

‘Playing with him is awesome, it makes the game easier,’ Dragic said. ‘Everybody is focused towards him. So it’s a privilege to play by his side.’ 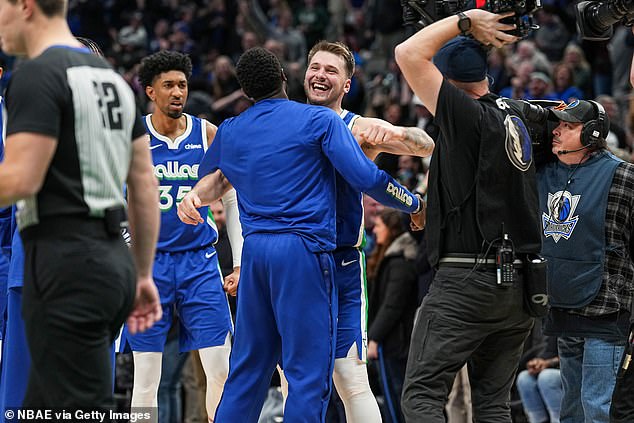 Doncic’s Dallas teammates would surely second that assessment – especially of late – as the Mavs have won five straight games and climbed up to fifth place in the West.

While Doncic is tied for the lead league in scoring (33.7 points per game), he’s also a prolific distributor as his 8.9 assists per contest trail only three players.

In his fourth season last year, Dallas achieved their best postseason finish since 2011 as they reached the conference finals.