NASHVILLE, Tenn. (AP) – Democrats eager to take control of the Senate next year are turning to the state of Tennessee, where a popular Democratic former governor is running for the seat being vacated by the retirement of Republican Sen. Bob Corker.

Neither of Tennessee’s two top GOP candidates, Rep. Marsha Blackburn and former Rep. Stephen Fincher, has the kind of personal baggage Republican Roy Moore had in the Alabama race won by a Democrat. But both have wholeheartedly embraced President Donald Trump at what Democrats hope is exactly the wrong time.

“Tennessee is clearly in play,” said Paul Maslin, a pollster who worked for the campaign of Doug Jones, the first Democrat elected in a quarter-century in Alabama. Jones’ rival, Moore, was besieged by decades-old accusations of sexual misconduct involving teenage girls when he was in his 30s. Moore denied the allegations.

FILE – In a Tuesday, Dec. 6, 2005 file photo, Gov. Phil Bredeson talks about the resignation of Col. Lynn Pitts, commander of the Tennessee Highway Patrol, in Nashville, Tenn. Former Democratic Gov. Phil Bredesen has kicked off his 2018 Senate run from a position of strength, a known quantity in Tennessee. (AP Photo/Mark Humphrey, File)

Former Democratic Gov. Phil Bredesen, a known quantity in Tennessee, has kicked off his Senate run from a position of strength.

“He starts with credibility among Tennesseans that Doug Jones didn’t have or almost no Democratic challenger in any of the other Republican states would have next year,” Maslin said.

Voters both in Tennessee and Alabama went for Trump in a big way in 2016: Trump’s margin of victory was 28 percentage points in Alabama and 26 points in Tennessee, though his poll numbers have slipped somewhat since. And while Fincher and Blackburn slug it out to the primary for who can be the more pro-Trump candidate, Bredesen can concentrate on a message of being a problem-solver who can “fix the mess” in Washington.

“The risk is that when you have so embraced a public official that is fairly unpredictable, that if his numbers start to erode suddenly you’re in trouble,” said Kent Syler, a political science professor at Middle Tennessee State University and a former Democratic congressional staffer.

With Republicans up 51-49 in the Senate next year, the stakes will be high in November.

Much was made of Democrats’ 25-year losing streak in Senate races in Alabama until a Dec. 12 special election. In Tennessee it’s been two years longer since Al Gore was the Democrats’ last victorious Senate candidate in 1990. Tennessee Democrats have fallen short ever since Gore left the Senate to become Bill Clinton’s vice president.

In his campaign launch video, Bredesen didn’t even mention Trump. Bredesen told the Associated Press afterward that he’s intent on winning back voters who supported him in 2002 and 2006.

“If you just do the basic arithmetic, there’s got to be hundreds of thousands of people in this state who voted for me and then turned around and voted for Trump,” Bredesen said. “I don’t think they’ve totally changed – political views don’t change in that way.”

But simply portraying himself as the adult in the room may not be enough if Republican Sen. Lamar Alexander’s most recent experience is any guide. A former two-term governor, Alexander suffered a serious primary scare en route to his 2014 re-election. While depicting himself as the senior statesman staying above the attacks of a little-known tea-party styled opponent, Alexander ended up winning by a too-close-for-comfort 9 percentage points.

“He is a great candidate who will be running against an opponent tied to a deeply unpopular and ineffective Republican Congress,” said Hayden.

The National Republican Senate Committee is quick to scoff at such claims.

“If Phil Bredesen thinks Tennesseans want him opposing President Trump and his agenda, he really doesn’t have a clue,” committee spokesman Michael McAdams said. “Tennesseans made their voices heard loud and clear last election, and they’re not about to let a 74-year-old politician block the change they voted for.”

Corker declined in a recent interview to weigh in on what the Alabama race portends for those vying to succeed him. But he noted the recent Virginia governor’s race – won by a Democrat – showed Republicans could be losing their grasp on once-reliable GOP voters. And hyper-partisanship in Washington isn’t helping.

“The tone of much of the conversation coming out of Washington is a turnoff,” said Corker, who has openly feuded with Trump. Corker once charged Trump had turned the White House into an “adult day care center” while Trump has tweeted Corker was a “lightweight” and “couldn’t get elected dog catcher in Tennessee.”

As for term-limited Republican Gov. Bill Haslam, the lesson from Alabama should be that GOP candidates need to think about winning both the primary and the general vote.

“Republicans need to elect people who can win two elections,” Haslam said, adding the results in Virginia and Alabama have shown that voting patterns might be changing. “For people in my party, it’s a heads-up: We need to be thinking about why we’re losing some voters we’ve traditionally gotten.”

Maslin, the Democratic pollster, said Bredesen should be able to pick off former Trump supporters around Tennessee, including women and college-educated voters. Said Maslin, “There are frankly lots of suburban white voters in and around Nashville, Memphis and Knoxville that fit the profile of voters who are moving away from Trump and or the Republicans in Washington.” 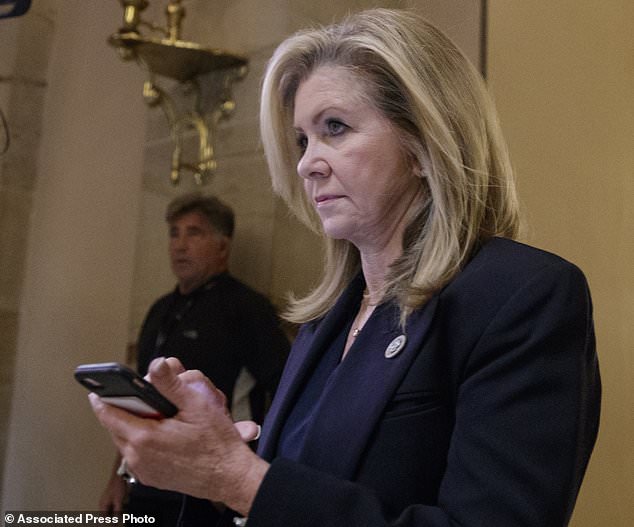 FILE – In a Thursday, Oct. 26, 2017 file photo, Rep. Marsha Blackburn, R-Tenn., leaves the House chamber after the House gave a significant boost to President Donald Trump’s promise to cut taxes, in Washington. While neither of Tennessee’s top GOP candidates, Rep. Marsha Blackburn and former Rep. Stephen Fincher, has the kind of personal baggage that Republican Roy Moore had in the Alabama race won by a Democrat, both have wholeheartedly embraced President Donald Trump at what Democrats hope is exactly the wrong time. (AP Photo/J. Scott Applewhite, File) 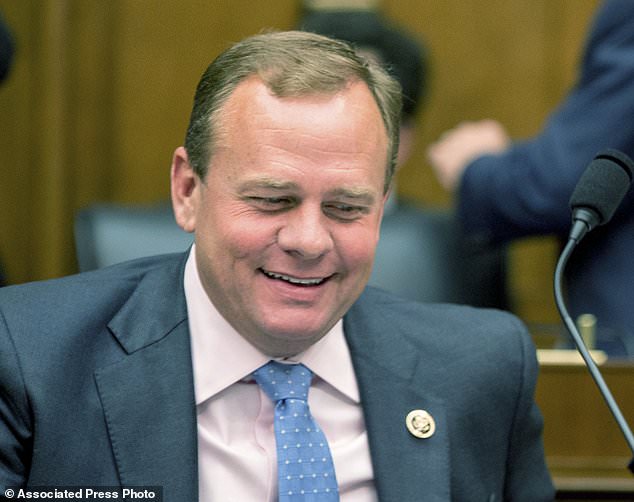 FILE – In this June 17, 2015 file photo, , Rep. Stephen Fincher, R-Tenn. is seen on Capitol Hill in Washington. Democrats eager to take control of the Senate next year are turning to Tennessee, where a popular Democratic ex-governor is running for the seat being vacated by the retirement of Republican Sen. Bob Corker. Neither of Tennessee’s top GOP candidates, Rep. Marsha Blackburn and former Rep. Fincher, has the kind of personal baggage that Senate candidate Roy Moore had in Alabama. (AP Photo/Andrew Harnik, File)