As Zinedine Zidane would attest, it hasn’t been the perfect season for Real Madrid by any stretch.

A league campaign which never really took flight was compounded by getting dumped out of the Copa del Rey at the quarter-final stage by Leganes.

But Wednesday night would have brought Zidane and Co some huge pleasure. A 2-1 away win over Bayern Munich put them within touching distance of the Kiev showpiece. 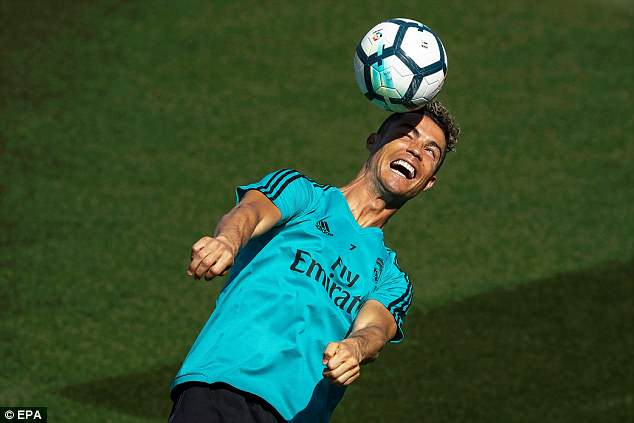 And that jubilant mood was carried into Friday’s training session. Los Blancos face Leganes, the team who knocked them out of the domestic cup, on Saturday evening before welcoming the Bavarian giants for the return leg next Tuesday.

Real’s stars were all smiles on the training ground as they prepared for Saturday’s league clash, with one eye undoubtedly on the second leg of the semi-final, especially considering that they are 15 points behind champions-elect Barcelona.

Luka Modric was the subject of much of the happy mood in the camp as he was snapped getting picked up and carried along by Cristiano Ronalo and Marcelo, who scored in Wednesday’s win. 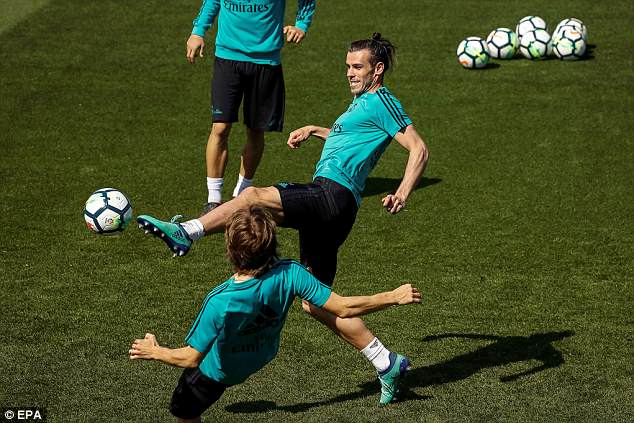 Out-of-favour Gareth Bale toiled away in training, hoping to regain his place in starting lineup 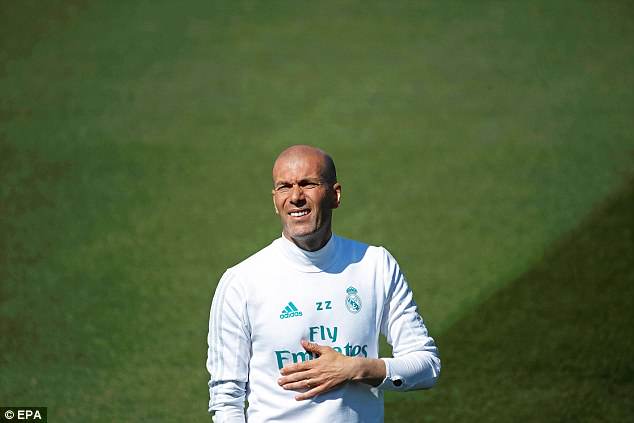 The Portuguese was, remarkably, not on the scoresheet against Jupp Heynckes’ side earlier this week, but that didn’t keep the smile off his face for too long.

As he leapt for a header, he couldn’t keep a wry grin away from his face at the sun-soaked Valdebebas training ground.

Even Zidane cracked a smile during Friday’s session – he will hope it is still there both tomorrow evening and Tuesday night.